The Settlers II is one of those brilliant little strategy games that mixes a bit of economics, a bit of combat, and a whole lot of watching cute little men stroll around the screen hitting things with various implements of destruction.

The Settlers II is one of those brilliant little strategy games that mixes a bit of economics, a bit of combat, and a whole lot of watching cute little men stroll around the screen hitting things with various implements of destruction. The problem is, despite very pleasing economic models and visual delivery, there really isn't enough to do to make long-term world-building very satisfying.

From the intro screen, you can tackle individual scenarios (in which you take on the role of different races) or elect the campaign mode, which puts you in the shoes of a lost Roman army. Starting on a small island with a scattering of supplies and men, combatants must learn the secrets of construction from ancient monuments left behind, and the secrets of war from the local inhabitants. As play continues, the ragtag band will discover that their only way forward is to take possession of a series of magical gateways that are protected by increasingly fearsome opponents that include Nubian, Viking, and Asiatic tribes.

The Settlers II's strength is the complexity of its economic engine. Players must acquire raw materials through the actions of laborers who operate out of the buildings that you construct. These base materials are used in turn to develop more complex items that the settlers need like tools, weaponry, and food. One example of how twisted this scheme can get is in the production of the gold coins that are used to improve your soldiers' skill levels. In order to produce coins, you must take raw gold to a worker at your mint - in order to get the raw gold, you must feed meat to the pick-swingers in your gold mine - in order to get meat you must take pigs to the slaughterhouse - in order to get pigs, you must deliver grain and water, produced at the farm and the well respectively, to the pig farm. As you can imagine, trying to sort out which resources are being allocated to which production facilities can get pretty confusing, and a well-run village will require a great deal of patience and administrative skill.

The Settlers II has a few failings that keep it from ever achieving the level of success that it seems capable of. Combat, which is a fairly large part of the game, is merely a matter of sending your troops to attack the enemy's buildings, and hoping that your soldier has enough luck to take the victory. Once combat begins with an opponent, there's usually very little reason to continue expanding the economic development of your country, as most of your resources will be directed towards creating more soldiers and weapons. The game also provides very little to aspire to technology-wise. Once players have learned how to build the basic building types, there's nothing else to discover, a fact that makes world building for sheer entertainment's sake very limited. Each of the levels is designed to provide players with a problem (e.g. low resources, enemies on both sides, etc.) that has a fairly specific solution.

With its crisp graphics and stunning sound effects (let's try to forget about the mind numbingly repetitive soundtrack for now), The Settlers II creates an atmosphere that's hard not to like, at least for a little while. And for those who are into strategy games that require linear thinking and specific problem solving, the game probably will provide multiple hours of engrossing play. But those who are looking for a more open-ended game may find that Settlers II's low number of construction options and snore-inducing combat keep the game well within the bounds of strategy game mediocrity. 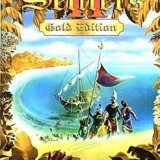 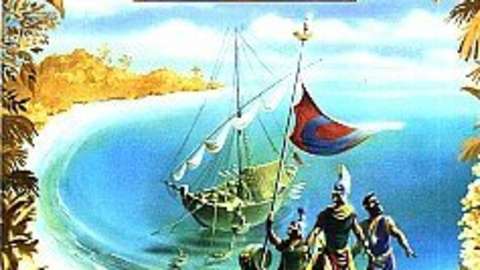 The Settlers II is one of those brilliant little strategy games that mixes a bit of economics, a bit of combat, and a whole lot of watching cute little men stroll around the screen hitting things with various implements of destruction.