More of a fishing game than a fishing simulator, Get Bass is a cool, if temporary, way to spend your time. No messy worms either.

If you like the thought of fishing, but you don't like the act of getting stinky in the process, then Sega Bass Fishing might be right up your alley. Originally developed for the arcade, Sega Bass Fishing does little to hide its roots while attempting to offer the home consumer more in the process. For the armchair fisherman, it doesn't get much better than this.

Not to put too fine a point on it, but the whole point of this game is to catch fish. Big fish, little fish, small fish, super-big fish, it doesn't matter. In arcade mode, you have a set amount of time to catch a predetermined weight requirement of fish. Let's say you need to catch 5000 grams worth of fish. Whether you catch five fish that weigh 1,000g each, or one fish that weighs 5,370g is all up to your skill with the rod. Meet the weight requirement in the level, then move on to the next. There are four areas in all, three basic, and one secret. Fortunately for the novice, you can continue as many times as you like, so even if you run out of time, you'll never run out of continues. When you continue, you pick up exactly where you left off, so you don't have to restart each level. It keeps this game from being too frustrating, unlike some other fishing games (Reel Fishing comes to mind). Sadly, the arcade mode is what you would call "easy." So easy, in fact, that you'll likely beat the game on your first try.

For savvy fishermen there lies the consumer mode. In the consumer mode you explore a much greater selection of areas during different parts of the day, attempting to snag the biggest fish you can find. Your success in various sites will earn you secret lures, which will enable you to catch even bigger fish later on. This mode is not nearly as easy to conquer as the arcade mode, but you're not penalized either. You simply score lower on the rankings chart until your skills improve enough to move up. Interestingly enough, every lure in Sega Bass Fishing is exactly that, a lure. There is no live bait used in Sega Bass Fishing, which could have added to the experience. The downside with Sega Bass Fishing is that there is no two-player mode. While a split screen may not have helped matters, there could have been an attempt to offer a turn-based fishing competition, but that may be an idea for the sequel. Interestingly, the fishing game in The Legend of Zelda: Ocarina of Time, was more of an afterthought than anything else, yet it featured fish that moved more realistically than the fish in Sega Bass Fishing.

Catching fish in Sega Bass Fishing is a rapid-fire affair. Being a port from an arcade game, this is certainly not the fishing equivalent of Deer Hunter, so there's no sitting in a boat for hours waiting for a bite. Instead, you'll be hooking fish after fish, while attempting to manipulate fish, line tension and rod height all at once. Line tension must be carefully monitored lest the line snap, while the fish's direction must be righted to decrease line tension. Of note, should you obtain the rod-controller, specially made for this game, be warned that it is definitely a mixed blessing. While the rod features force-feedback vibration, to simulate the thrashing of the fish, it does not offer any tactile-resistance in the reel, making the whole point seem watered down. It would have been nice to feel the tug and pull of the fish in the reel itself, rather than simply having a shaking rod. Namco did it successfully with the Ridge Racer Type 4 Jogcon, and it's a shame it didn't happen here.

As an all-around title for the everyman who might own a Dreamcast, Sega Bass Fishing is a non-threatening, lightly challenging little game that should keep fishing fans more than happy with its placid, lakeside offerings. For the hard-core gamer this is nothing more than a rental, but if you jones for the great outdoors on a more than regular basis, this may be the gumdrop for your sweet tooth. 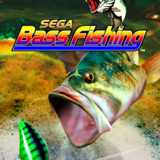 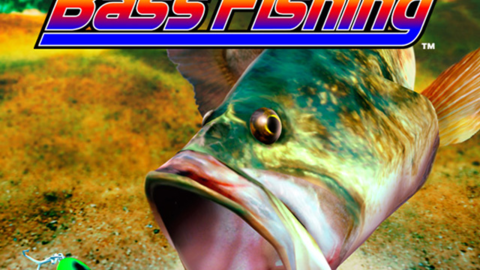 More of a fishing game than a fishing simulator, Get Bass is a cool, if temporary, way to spend your time.