Scratches is dull, ugly, a bit short, and a perfect example of exactly why traditional adventure games have fallen out of favor.

In response to all the editorial ponderings through the years over why, exactly, the classic form of the graphical adventure has been all but completely neglected, we give you Scratches. While clever and innovative games like the Resident Evil series and Indigo Prophecy have put in great efforts to evolve adventure games into something more dynamic and engrossing, Scratches sits in the past, a modern relic of slow, exposition-heavy storytelling, ancient technology, and a series of purposely Byzantine puzzles.

Scratches takes place over the course of three days in an old, abandoned Victorian mansion in rural England. As a horror novelist whose first work has received great praise, you've retreated to this empty house for some solitude while you finish up your second novel. Unsurprisingly, the creepy old Victorian is just brimming with nasty old secrets, and rather than work on your novel, you become obsessed with learning the truth behind the death and madness that plagued previous owners, the room full of African artifacts, and, of course, the scratching noises that wake you during the night. This setup, while a little plain, had the potential to grow into a story of isolated paranoia and bracing madness. You feel a little bit of dread at first, a sense enhanced by the game's consistently morose soundtrack. There are a few chilling moments, particularly during the dream sequences, though again it's due largely to some well-timed pieces of scary music. Very little actually happens over the course of the game, and most of the time you just feel like you're trapped inside a really boring house with no electricity and nothing to do but plug away at a series of arbitrary puzzles.

The game is a slave to the conventional adventure game format, the silver lining of this being that the interface is instantly familiar. The bad news is that the conventional adventure game interface is cumbersome, further hindering the already slow-pouring pace. Scratches is played from the first-person perspective, though without the freedom of movement typically associated with such a view. Rather than rendering the world in real time, the environments in Scratches are broken up into a series of prerendered sets, which you have to use a mouse-controlled hand to navigate by finding and clicking particular hot points on the screen. This hand is actually your only means for any interaction in the game, and it's used to scroll your view around each individual set, as well as to examine, pick up, and use objects. There's also a simple inventory system where you can combine some of the sundry items you've collected.

The theoretical benefit of using prerendered sets is the ability to pack each environment with rich and subtle details, but Scratches fails at this, due mostly to the ancient technology it employs. The lack of free movement is absolutely stifling, and the way you navigate between sets makes it feel like you're just switching between a series of static QuickTime virtual reality movies. The environments are not nice to look at, which is purposeful from an aesthetic perspective, and the game is effective in creating a cold, dusty, uninviting setting. But it also looks grainy and washed out, with lots of nasty and prominent visual artifacting due to some overzealous image compression.

Some interesting puzzles maybe could have saved Scratches, but alas, there are none to be found. As grateful as we are that the game shies away from ridiculously transparent contraption-based puzzles, the item-based puzzles that comprise the whole gameplay experience are often arbitrary and rarely very compelling. With little in the way of direction, and hints so sparse and subtle that random chance plays as large a role as logical deduction, you'll regularly find yourself just wandering around the house, randomly picking up and examining items in hopes that you'll uncover the next step in your "adventure." Many of the puzzles aren't puzzles at all, but rather excuses for the game to present you with more exposition and backstory, two things that, considering the game's relative brevity, Scratches is already choked with.

Scratches is a walking, talking example of why most developers have either long since given up on adventure games, or have committed themselves to twisting the genre into new and more relevant shapes. At this point, most people know instinctively not to care about boilerplate adventure games like this one, though for those still clinging to some romantic notion of how much better things used to be, hopefully Scratches can at least serve the positive purpose of helping them to move on. 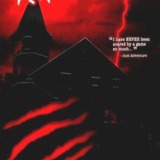 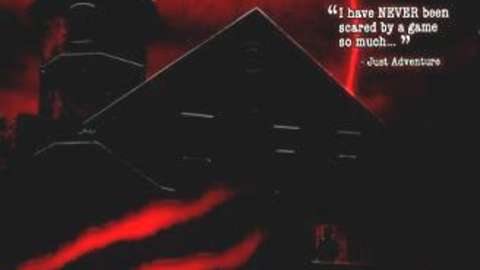 Scratches is an atmospheric mystery adventure game set in a haunted Victorian mansion.