SBK '07 is a good mix of simulation and arcade-style racing, and it's a welcome change of pace from the Moto GP series of racing games.

The world of two-wheeled motor sports is dominated by two disciplines--the glamorous Moto GP category on one side, and the more down-to-earth Superbike World Championship on the other. Compared to the custom-built vehicles of the former, superbikes are modified versions of those that are sold all over the world. As a result, Superbikes attracts plenty of interest from bike modders and manufacturers alike, with the famous phrase "Win on Sunday, sell on Monday" referring to just how important race outcomes can be. However, this interest hasn't led to any SBK video games since EA published an official tie-in back in 2001. It's fitting, then, that the same developer is responsible for bringing the license back to the gaming world for the 2007 season--and the game not only does the sport justice, but it's also a refreshing alternative to the numerous Moto GP games on the market.

The key goal for Milestone has been to accommodate both casual race fans and simulation enthusiasts in SBK'07. When you first start playing the game you'll find it to be a highly accessible arcade racer which can easily be picked up from the first race. However, switch to the simulation mode and it develops into an incredibly realistic reproduction of the sport. Basic skills such as braking and steering become a lot more difficult, while even on the straights you'll be wrestling with the power of the bike just to keep it under control. You can alternate between the two styles or tweak individual settings to reach a compromise. For example, you can turn on braking assistance, or turn off motorbike damage if you're finding it too difficult. As the game can be played in its entirety in any way you wish, it offers a customisable level of depth from the start.

SBK'07 offers all of the game modes that we've come to expect from the genre. The main focus is on the championship mode, which presents 11 official tracks on which to practice, qualify, and race. You're given the choice to skip the prerace stages if you like, and if you're playing on the arcade mode you'll find that it's not necessary to be at the front of the starting grid. You can choose a bike and a rider from 15 teams at the start of the game, although some riders need to be unlocked by winning races. The length of races can be altered to the length of your choice, while the difficulty level has three settings, rookie, amateur, and professional. Again, arcade players shouldn't have much problem winning races at the medium level, and even the professional-level opponents don't present too much of a challenge once you've learnt the tracks. Aside from the championship mode, you can choose to play individual time trials and races, as well as the full weekend of qualifying and racing for any of the venues. The challenge mode is perhaps the most difficult part of the game, as you're disqualified for having even one wheel stray from the track when you're racing. Nonetheless, the acceleration, skidding, time trial, and chase games let you hone your driving skills and win some bonuses in the process.

On the multiplayer side, two players can jump in and play any race from the game in either the quick race or time trial modes. Most options can be tweaked in this mode, including bikes, rider, and opponent artificial intelligence, but we'd have liked to be able to change the difficulty level for individual players to make it fairer. For example, if a real fan of the game is playing a rookie friend, it would have been fun to put the former player on the simulation mode and the latter on arcade. With many recent PS2 racers featuring an online mode, it's a shame that it's missing from SBK '07. It's also a letdown that no PlayStation Portable linkup mode has been included. The PSP game may contain fewer tracks and racers than its big brother, but it would still have been cool to transfer your career to the PSP to take on the move.

While the choice between racing and simulation styles is a big draw for SBK'07, the main reason that it succeeds comes down to a fantastic racing model. The excellent animation means that you really feel as if you're playing as the human being rather than the bike, and the game really conveys the struggle between man and machine in a convincing, compelling way. This is especially true at the simulation level, where merely accelerating too quickly is enough to send the front wheel up in the air. While the Moto GP games have also successfully captured this, the simulation mode in SBK will give dedicated players a very accurate feeling of controlling some of the fastest bikes in the world as well as tweaking them extensively should you so desire. Even with these issues taken away in the arcade mode, the game still challenges you to learn the basics of braking, accelerating, and cornering in order to win. The collisions also look bone-crunchingly realistic, giving you a dilemma over whether to cause spectacular pileups at the beginning of the race or try to escape unscathed.

While 11 tracks might not seem like that many, they're sure to be instantly recognisable to anyone with a passing interest in the sport. Silverstone, Brands Hatch, and Donnington make up a healthy collection for the British Isles, while Monza, Valencia, and Magny-Cours are sure to be popular with international fans. They're also all available from the beginning of the game, meaning you can visit your favourite circuit the first time you play if you wish. SBK'07 also has a healthy approach to unlockables, with plenty of bonuses available for those who want to win every race in every different game mode. For example, come first in a race and you'll be able to turn over three cards from a selection, with early bonuses such as ghost cars recorded by members of the development team. Work your way through the races and you'll unlock cheats, pictures, and videos.

In terms of presentation, SBK'07 is fairly simple. Like the sport itself, there's an unhealthy obsession with young girls in skimpy outfits, who adorn the majority of menus, loading screens, and videos. Each location features a short introduction clip which gives some sense of occasion to the proceedings, but the tracks themselves lack the sheer noise and atmosphere of a real racing event. Part of this has to do with the rather simple trackside details, but they've clearly been sacrificed in order to keep 20 riders moving without any effect on the frame rate. To give the developers credit, they've managed to capture the realistic movement and physics of the bikes while maintaining a smooth game. On the audio side, generic rock tracks combine with average crowd noise to create a fairly unremarkable soundtrack. Perhaps some commentary or more imaginative atmospheric effects would have improved this aspect of the game, but fans will be pleased with the audio reproduction of the bikes themselves.

The decision to make SBK’07 both an arcade and simulation game will let you choose the short of experience you want to get from it. If you simply want to jump in and enjoy the thrills of superbike racing without any of the spills, the arcade mode gives you the keys to some of the coolest bikes in the world. If, however, you take it more seriously and have an interest in every minutia of the sport, SBK'07 also caters to your needs. In either mode, though, SBK'07 is a fun, rewarding, and even educational experience, and one that should certainly be experienced by racing fans. 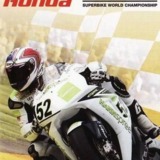 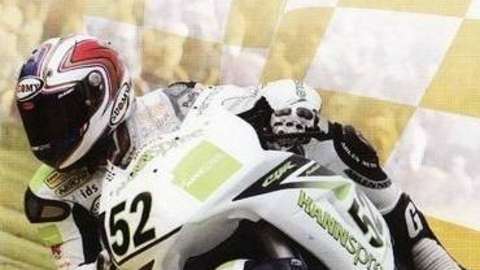