It's a risky operation, but the mercs have some valuable tech in their armory and the bosses want us to snag it. I paid off the security guards. They're going to leave a couple of gates unlocked. We're going in quiet. We shut down the cameras. We silence a stray guard here and there, but a lone mech-bot catches us because our inept soldier decides to go his own way instead of staying with the group. A camera catches the fiasco, and enemy guards close in on our position. But we find a little hiding hole, and five minutes later, it's like a gang of heavily armed thieves didn't just break into the largest gun-running operation in the Industrial District.

Satellite Reign lets you loose in a metropolis, where you're free to murder, sneak, and bribe your way to the top of the corporate ladder. Before it's all said and done, your squad might be equipped with poison-immune lungs, hive mind-hacking tech, cloaks, and cyber legs or laser shotguns with energy shields and high explosives. It's your team; it's your call. When Satellite Reign is at its tightest and most focused, it delivers the thrill and tension of leading a small squad into a rat's nest of traps and more enemies than you can ever kill on your own. Satellite Reign is also never more than one click away from ruining your mission with poor pathfinding or encounters with enemies with fleeting attention spans.

Satellite Reign's approach to plot is bare bones; it's more about dropping you into open areas and teasing new sandbox environments than telling an actual story. You control a squad of four mercenaries, each from a different classic cyberpunk archetype. You work your way through the game's city in pursuit of evil Dracogenics employees whose control over resurrection technology -- uploading your mind into someone else's body -- makes them the most powerful corp on the planet.

The beginning of Satellite Reign is brutal and not especially satisfying. There isn't much in the way of "story" missions. Beyond gaining the credentials to move from one district in the city to the other, your only required objective in Satellite Reign is to infiltrate Dracogenics Tower. So, you begin the game relatively directionless as you take on random tasks, get new gear, and level up the skills of your mercs. This is problematic because Satellite Reign is designed for you to take advantage of specific character builds and to vary the tech of your squad members, but it took me nearly six hours with the game before I felt like I had a squad that was equipped and properly leveled to manage the tasks given to me.

When Satellite Reign is at its tightest and most focused, it delivers the thrill and tension of leading a small squad into a rat's nest of traps and more enemies than you can ever kill on your own.

Each enemy compound is a playground-like puzzle that tests your ability to manage your team's tools and abilities. My infiltrator (a stealth-specced sniper) became a core member of my team. I connected her mind with my hacker, and she was zipping in and out of compounds all by herself in the early stages thanks to her invisibility. I could have her in and out of early areas without setting off a single alarm, but later stages require more teamwork. You send your infiltrator in to turn off the initial security, and you bring in everybody else to clear out guards and disable traps. Poison gas floods your stealthy point of entry? The soldier can take care of that. Doors don’t open when you turn off the security system? Time for your support to scan the electronics network of the compound. Each area offers something for each member of your team to do no matter which builds you've chosen for your squad.

In its best moments, Satellite Reign keeps you on your toes -- particularly if you go with a stealth build. Enemies are everywhere, and although the game offers shadows for you to crawl to, the combination of cameras, enemy patrols, turrets, and massive tanks means the window of opportunity to escape unnoticed is thin if you aren't spamming your cloaking skill, which I wound up doing a lot. Sometimes, the only way to move through an area without drawing the attention of enemies is to create a major distraction elsewhere on the base. I had an infiltrator stuck in a compound, and I had to cause a ruckus at the base's entrance so she could sneak out the front door with the valuable prototypes she was carrying.

This all assumes that Satellite Reign is working; however, it often doesn't. Satellite Reign's pathfinding is often poor, getting you into trouble when you least deserve it. Your teammates are either bunched together so tightly that their character models are indistinguishable or they've adopted a laissez-faire attitude while moving as a group, walking into plain sight on their own accord. To move from district to district, you have to pass through tight checkpoints, and stepping over certain lines causes every enemy in the city to come bearing down on you at once. At the first checkpoint, my team consistently stepped over those lines despite being told to go another way, and countless stealth missions were complicated when one of my teammates decided he just didn't want to go through the vent with everyone else.

Your teammates are either bunched together so tightly that their character models are indistinguishable or they've adopted a laissez-faire attitude while moving as a group, walking into plain sight on their own accord.

The pathfinding is bad, but its faults are overshadowed by the game's AI, which is simple and easily fooled. Although enemies are capable of some sophisticated sweep maneuvers when they've spotted you, it's far too easy to reset a failed stealth run by just sprinting to some dark corner of the base and hiding there til you get the all clear. In the beginning of the game, sending your soldiers into a base and shooting out every last camera before enemies open fire is a totally viable tactic. When your brazen infiltration is met with an enemy assault, don't worry, because after your sacrificial run into enemy territory ends in death, nobody bothers to fix or reset the security cameras, making your next run easier than it should be. It's far too easy to undermine Satellite Reign's threats by exploiting its simple AI systems.

Satellite Reign also refuses to engage with its cyberpunk milieu in a meaningful way, and when it does, it embraces the worst elements of the genre with little commentary or self-awareness. Though the neon-streaked city you explore is reminiscent of Blade Runner and your squad is equipped with enough ridiculous tech to make Hiro Protagonist blush, Satellite Reign is cyberpunk at a surface level. Conceptually, it has the chance to explore gaping wealth disparities, but the game does nothing with it. At it's worst, Satellite Reign relishes in cruelty. Though you're free to play many missions stealthily, others require you to kill people, some of whom are innocent citizens. In a particularly uncomfortable moment, you're ordered to murder the female neighbor of a corrupt executive to ensure that he cooperates, but there's never any evidence that she deserves to be dragged into the conflict and ultimately killed. It may be haphazard, but that sort of violence is borderline misogynistic and ultimately leaves a bad taste in my mouth.

When Satellite Reign is on and all the parts decide they want to work together, it is a blast. Infiltrating a base without setting off any alarms and stealing new guns and money from under the enemy's nose is tense and satisfying, and you have to be willing to take risks to succeed. I just wish you didn't have to slog through the uninviting early hours and the game's regularly busted AI to find those thrills.

View Comments (67)
Back To Top
6
Fair
About GameSpot Reviews 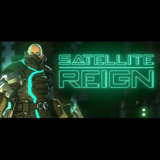 Don digs the beat poetry inspired cyberpunk of William Gibson and the comic absurdity of Neal Stephenson as well as a great tactical strategy game. He spent just over 20 hours with Satellite Reign in order to finish his mission. 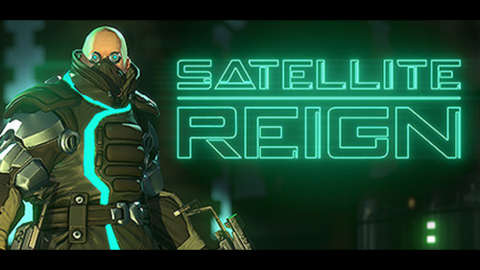 Satellite Reign is a real-time, class-based strategy game, set in an open-world cyberpunk city. You command a group of 4 agents through rain-soaked, neon-lit streets, where the law is the will of mega-corporations.