Samurai Warriors Chronicles does a fine job of bringing the shallowness and tedium of the series to the 3DS.

The Samurai Warriors series has long been devoted to transporting players to its unique version of feudal Japan, a place where a few extremely powerful and stylish officers meet countless identical, mindless grunts on vast fields of battle to engage in repetitive, shallow hack-and-slash combat. Samurai Warriors Chronicles is faithful to its forebears, bringing all the tedium that has characterized earlier games in the series to Nintendo's new handheld.

Chronicles kicks off by having you select a male or female warrior around whom the story will center. Your chosen hero wanders 16th-century Japan, seeking a sense of meaning and purpose by joining up with various armies and fighting in epic battles. No sense of loyalty guides this traveler's actions; you may battle against a chieftain in one mission and even defeat him with your own hand, only to join his army a few battles later and take up arms against former allies. Between missions, your character chats with these historic personages, learning valuable life lessons before hitting the road and joining up with the next chieftain.

As you progress through the story and talk to these characters, you're occasionally given the chance to select responses in conversations, which may increase your friendship level with them. A high friendship level has benefits, like being able to bring the friend character along on any battle, but these interactions are much too simple to be compelling. The introduction of a specific character who fights in every battle and whom the story follows makes it easier to get invested in Chronicles than in earlier games in the series. However, most of the storytelling is made up of a dry historical narration with so many people, places, and events mentioned that you'd need a substantial preexisting knowledge of Japanese history to follow it.

The action takes place on vast battlefields that are populated with scattered groups of enemy soldiers who spend most of their time just milling around. These groups are comprised of mostly identical soldiers who often visibly fade in as you approach, make little effort to hinder you as you travel on foot or horseback from one objective to the next, and fall effortlessly to your attacks, if you bother to stop and fight them. Enemy officers are a bit tougher to deal with, requiring more hacks and slashes before they fall, but they aren't any more fun to fight. You can chain together normal attacks and slower, more powerful attacks, though even your normal attacks take a bit of time to execute, which makes the combat feel sluggish.

Additionally, when you've filled up a gauge to a certain point, you can perform powerful musou attacks that often involve bright bursts of energy, lending the combat a dash of much-needed visual flair while turning you into an even more effective killing machine for a moment. The generic clones you slaughter often make Chronicles as dull to look at as it is to play, and anyone who has played console games in the series will note that there aren't as many of these buffoons standing around here as is typical, which makes expanses of the battlefield eerily empty. But the officers are colorful and striking, and the way the terrain stretches off into the distance in 3D makes these areas feel vast. It also creates the sensation that you're actually covering ground as you hurry from one spot to the next.

During each battle, you can jump between your chosen hero and a few other powerful characters, but while the weapons one warrior wields may be different from those of the next, these differences don't bring any variety to the combat. It remains shallow and repetitive throughout, and when you encounter enemies you can't defeat, it's more likely the result of your characters not having leveled up enough yet to match the power of their opponents than your skill in battle. At times like this, your only recourse is to repeat earlier battles, which weren't even engaging the first time, to earn more experience and strengthen your characters. The sense of growth that accompanies gathering better items to equip, fusing weapons you collect into more powerful ones, and seeing your character's stats increase might have been rewarding if the combat all this development supports wasn't so tiresome.

To win battles, you must fulfill victory conditions while ensuring that specified failure conditions don't come to pass. Before those victory conditions can be fulfilled, you're presented with a number of non-mission-critical objectives, which often involve defeating specific enemy officers before they reach a given location. Fulfilling these objectives improves the morale of friendly troops and makes your ultimate victory easier, while failure to do so lowers morale. You're often presented with several of these objectives within a very short span of time, and it can seem all but impossible to fulfill all of them. Choosing on the fly which to prioritize and pursue and which to ignore makes for a few pleasantly frantic moments at times. It can also create a sense that this is an actual, large-scale battle, with many small victories and defeats happening constantly. A map on the lower screen shows you where your characters are, so you always know who is in the best position to tackle a given situation, and it makes it easy to find your way around the battlefields, with arrows and markers clearly indicating the path to various objectives. Unfortunately, the combat that you must engage in to complete these objectives isn't enjoyable enough to make fulfilling the objectives satisfying for long.

Everything here comes back to shallow, repetitive hack-and-slash action that quickly grows tedious. That combat defines the Samurai Warriors experience and prevents the game's more interesting elements from shining. Chronicles also supports the 3DS's StreetPass feature, letting you put together a team of four characters to clash with other players' teams, with the outcome automatically decided. If your team emerges victorious, you receive weapons and items. You can also use StreetPass to send weapons to friends. But these options certainly aren't interesting enough to redeem this game. Devoted fans of the Samurai Warriors series will find more of the same in Chronicles; the uninitiated are better off remaining that way. 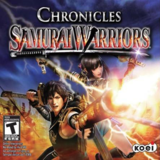 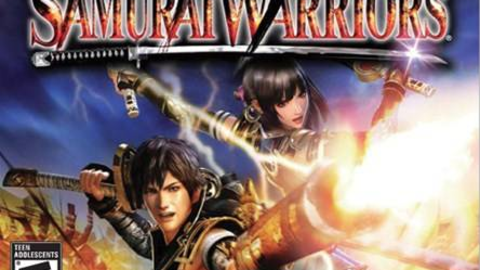