Once again, the strategy elements of the empires mode do a lot to make up for the mundanity of the aging Warriors combat system, but it's not quite enough.

Stop us if you've heard this one before. Once again those pesky ancient samurais are up to their usual warring shenanigans, and it's up to you to relive their past battles through a lot of completely boring combat and annoyingly acted cutscenes. Yep, it's another Samurai Warriors game from Koei. If you're out of the loop as to what this series, or any other of Koei's Warriors games, is about, just stop reading and know that you're not missing a whole heck of a lot. If you're a longtime fan of this series, or at least familiar with it, just know that Samurai Warriors 2: Empires does for the Samurai series what the Empires games did for the Dynasty Warriors games. It adds a whole strategy element to the otherwise nursing-home-ready gameplay, which actually makes it kind of fun to play. It doesn't stop the endlessly stupid button mashing from wearing on your nerves after a couple of hours, but it's certainly a much better option than Samurai Warriors 2 was sans the strategy elements.

Empires once again provides you with a whole myriad of Sengoku-era samurais to play with, as well as a number of historic battles to play through. Of course, the Koei take on ancient Japan is a lot like its take on ancient China, so historical accuracy exists in only the loosest of senses, and rather many of these warriors and warlords are fully anime-d caricatures that spout a lot of goofy lines and fight with ridiculously large weapons. The twist with Empires is that unlike in Samurai Warriors 2, which just let you pick a specific warrior and play through a lame story mode filled with the aforementioned terrible dialogue and lame combat, here you're presented with a series of scenarios that are all about unifying Japan. Some task you with uniting specific regions, whereas others revolve around uniting the entire country under one warlord's banner. In all of these scenarios, various warlords control individual fiefs throughout the land. To bring glorious unification to Japan, you'll need to force your way into control of every individual fief.

The way in which you do this isn't going to be altogether unfamiliar for those who know Koei's Warriors games. When you choose to invade another's territory, you're dropped onto a rather bland-looking battlefield, complete with some basic-looking bases to capture and tons and tons of same-looking grunt soldiers who are better at standing around and looking dopey than they are at killing anything. Enemy officers and generals are much better at attacking, but even they can still be easily bested if you just hammer on the same couple of combos again and again. Nothing of any significance has been done to the combat system to make it more fun than it's been in recent years, and odds are, this system wore out its welcome for you long before this game's arrival.

It's good, then, that there's a bit more to the empires mode overall than just fighting dudes. The strategy element comes from what happens when you're not on the battlefield. The main empires menu is a map of Japan with a variety of options to play with before you can enter a battle. These count as turns (which take up a full season of an individual year), and on each turn, you can either get advice from your various officers, make a decree all on your own, or delegate what you do on that turn to an officer. What are you decreeing or delegating? Essentially, the game provides you with a number of "policies." These policies are cards that designate actions. They can range from hiring new officers away from other warlords to mining in gold-enriched regions for more cash to upping the troop counts for individual officers to buying tactics and formations that can be used on the battlefield. You earn gold via taxes from the peasants in your controlled fiefs, and you spend that gold on these policies.

Tactics and formations are individual policy cards that give you specific advantages when in battle. Formations upgrade your attack, defense, or speed abilities, and there are varying degrees of effectiveness for each. If you use a first-tier speed-based formation but your opponent is using a second-tier attack-based formation, the effects of your formation will immediately wear off, and you'll be at a disadvantage. Tactics are much more specific. Some let you hire ninjas to accompany you in battle, while others lower the movement speed or morale of enemy soldiers. There's lots of variety to these tactics, and there are many instances where they can be the difference between victory and defeat.

Messing around with all these various policies and shuffling around your officers and their troops to create the most beneficial battle scenarios possible is pretty much what makes empires mode any fun at all. The game is effectively hamstrung by the crushingly dull combat, but the strategy of the mode adds a bit of context to the mindless battles, which makes them tolerable. There's not a whole lot to the game beyond the empires mode, unfortunately. There's a free mode where you can just pick a battle and a warrior and have at it free of any context, as well as a create-an-officer mode that is exactly what it sounds like. You and a friend can play in any battle cooperatively, though it's only split-screen play and there's no competitive multiplayer to be had. Granted, it's not like the combat system would make for particularly engaging multiplayer battles, but it's disappointing all the same. Lastly, if you go with the 360 version of the game, there are 17 achievements to be earned. They're almost exclusively easy to earn if you just play through the normal course of the game.

What's perhaps most disappointing about Empires is that the series hasn't evolved into a full-fledged Xbox 360 game yet. This is still a cheaply made port of the PlayStation 2 game, complete with all the awful environmental textures, recycled bad guys, and cheap-looking animations. In HD resolution, the main warriors and officers look a bit snazzier, but that's really the extent of it. As for the PS2 game, it looks altogether the same as every other Warriors game has for the last couple of years, with the same occasional frame-rate troubles and all.

On its own merits, Samurai Warriors 2: Empires is yet another better-than-the-original-version update, simply because of the engaging strategy elements. But it's not enough this time around to make it a qualifiedly good game, and it's never going to be again until Koei snaps the series out of its current rut. 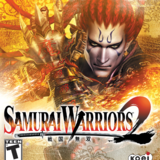 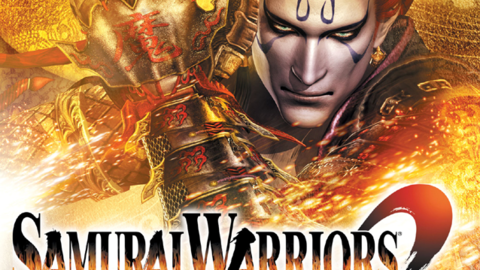 Koei brings us the second game in its Sengoku Musou action series, known as Samurai Warriors in the US.