The only remarkable thing about Samurai Jack is how utterly unremarkable it is, and that's certainly not a good reason to play this game.

Since its debut on the Cartoon Network in 2001, Genndy Tartakovsky's quirky animated action series Samurai Jack has developed a sizable following. The show follows the wacky-yet-action-packed misadventures of a samurai named Jack, who, while on a quest to defeat an evil wizard named Aku, is transported thousands of years into the future, where the aforementioned evil wizard has taken full control of the world. The show is best known for its unique visual style and offbeat sense of humor--neither of which, sadly, are to be found in Samurai Jack: The Shadow of Aku, Sega and Adrenium's action game based on the series. Shadow of Aku is a thoroughly generic combination of beat-'em-up and platforming gameplay that draws upon only the most rudimentary elements of both genres and does nothing particularly interesting with either of them. Both exceedingly trite and exceedingly brief, Shadow of Aku is pure mediocrity from beginning to end.

Shadow of Aku's storyline has Jack on the hunt for a time portal, which he intends to use to travel back in time to stop Aku from ever ascending into power. Along the way, he comes across a number of different helpless villages and towns that have been terrorized by Aku, and he offers his services, rescuing imprisoned citizens and ridding the world of Aku's evil robot army. The basic storyline has all the makings of one of the TV show's episodes, including appearances from familiar characters, such as the Scotsman and Jack's evil counterpart, Mad Jack. Unfortunately, the actual story itself is highly underplayed, and outside of a few cutscenes here and there, it never really goes anywhere interesting or amusing. Additionally, the payoff at the end of the game--though somewhat reminiscent of a typical ending from one of the episodes of the show--is exceptionally unsatisfying, even though it'll take you only about five hours of play time to actually get there (perhaps a bit longer if you attempt to get 100 percent on every level).

As mentioned, Shadow of Aku is basically a cross between a beat-'em-up and a platformer. During combat, you'll have weak and strong sword slash buttons available to you, and the slashes can be strung together into some rather basic combos. Jack can also use projectile weapons, such as throwing stars and a bow and arrow, and he can also learn new, specialized attacks as he collects various scrolls strewn throughout each world. Some of these attacks are actually cool, but they're ridiculously simple to perform. Ridiculously simple pretty much describes the game's combat on the whole, really, as there is next to no challenge to it at all. None of the game's enemies are difficult in the slightest (even on the hardest difficulty), and to get past them you need only a single finger with which to button-mash. Some literally require only a press of the block button to redirect their projectile attacks back at them, which of course destroys them with one shot. The only real challenging enemy you'll ever face in the game is Aku himself, and after a few tries, he's basically a breeze as well.

Jack's abilities and health can also be upgraded as you progress through the game. In each of the game's worlds there is a hub level, where you can purchase more strength for your attacks, a higher health meter, or a higher level of Zen energy. Zen energy essentially gives you special abilities, such as the ability to slow down time or to power uniquely powered-up swords you acquire as the game progresses. In order to purchase these items and acquire new swords, you'll need to collect artifacts that are located all over every level, and you'll need to free imprisoned citizens. Every level has a certain number of each, with your ultimate goal of course being to get every single artifact and citizen, in order to fully complete the game. Again, however, the payoff for doing so is not especially meaningful, and given the relative brevity of the game, it certainly isn't much of a challenge to attempt.

On the platforming side of things, Shadow of Aku fares a bit better, though not by much. Jack can jump and double-jump around various platforms (moving or otherwise), and for the most part, the game's jump puzzles are fairly well put together. Occasionally, you'll have to solve a puzzle. None of these are especially challenging, mainly because the game is quite linear in its level design, so it's never difficult to figure out where you need to go to get the missing key or to find the switch needed to open the next door. In addition to being highly linear, the game's levels don't really give you much to do. Aside from the stupidly simple puzzles and occasional platforming mechanics, you basically just run around, stab stuff, and move on to the next room. Furthermore, there are some bugs here and there, mainly pertaining to enemies spawning in weird spots, and a few perplexing areas where you'll find that it's actually easier to run through a trap and take a little damage than it is to do the intended action required to avoid the trap. These things don't exactly break the game, but they are a bit disconcerting, to say the least.

Samurai Jack's graphical style doesn't really try to mimic the show's style of animation and instead employs a simple 3D engine that seems rather drab by comparison. The character models for Jack and other familiar characters look fine, but you don't really get to see any of the overexaggerated animations or mannerisms that the show is known for. Occasionally you'll get to see some context-sensitive, bullet-time-like slo-mo moves that look pretty cool, but the range of these moves is pretty limited. The background environments have a slightly more cel-shaded look in certain areas, but it isn't quite cel shading--more of a hybrid between cel shading and basic texturing. It looks OK for the most part, but not especially good. From a technical standpoint, the game doesn't really run well on either the PS2 or GameCube. Both suffer from a seriously atrocious frame rate that simply cannot be reasoned with, especially the PS2 version. Both versions of the game play similarly enough, so there's no real difference there, but as far as the frame rate is concerned, you're definitely better off with the GameCube version, if any, since it isn't quite as horribly chuggy as the PS2 version.

Shadow of Aku does boast quite a bit more in the range of sound quality, thankfully. The primary cast of voice actors from the show, including Phil LaMarr, Mako, Jeff Bennett, and Jennifer Hale, all reprise their roles from the show, and their voice acting is just as good as it is on the show. The game's roster of various sound effects all sound very good, with especially nice sword slashing and clashing sounds, as well as some pretty decent explosion effects and random robot noises. Shadow of Aku's soundtrack is fairly reminiscent of the show's style of score, and overall it's pretty good stuff.

The sound doesn't save the game, though. In the end, Samurai Jack is utterly forgettable. It does, quite literally, nothing to distinguish itself from the plethora of similarly designed action games currently on the market, and its lack of depth, style, or technical polish essentially ruins whatever chance it ever could have had to appeal to anyone outside of the most diehard of Samurai Jack fans. Even if you are one of those diehard fans, there is absolutely no reason to buy the game, as everything there is to do in the game can be completed within a day. Ultimately, the only remarkable thing about Samurai Jack is how utterly unremarkable it is, and that's certainly not a good reason to play this game. 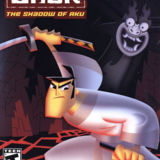 Samurai Jack: The Shadow of Aku
Follow
$1.00 on Walmart
Buy 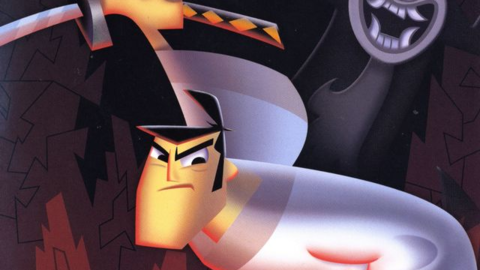 Samurai Jack: The Shadow of Aku

The only remarkable thing about Samurai Jack is how utterly unremarkable it is, and that's certainly not a good reason to play this game.

6.4
Sign In to rate Samurai Jack: The Shadow of Aku