Towards the end of Samorost 3, I grew a pumpkin. I had to solve a puzzle to do it, so I knew I would eventually need the pumpkin for...something. That's just how point-and-click adventure games work. At the time, I could click on the pumpkin and watch it shake in reaction to my inputs, but I couldn't actually add it to my inventory. It wasn't until I progressed further into the level, discovered a giant pumpkin-loving anteater, and backtracked to the previous area that I was able to actually pick up the pumpkin.

This, unfortunately, hints at the disappointing duality underlying Samorost 3. Its enchanting visual aesthetic and captivating sound design imbue the game with otherworldly charm, yet its dated, underwhelming puzzles detract from the surreal beauty of the experience with moments of frustration and confusion. Relative to the inventiveness of the world and immersiveness of the music, the gameplay is surprisingly routine. Still, in the tug-of-war between the two, the triumphs of the presentation ultimately eclipse the shortcomings of the puzzles.

Samorost 3's setting is immediately entrancing, in part because the game explains so little about its unusual world. Your character--a nameless, childlike figure in a hooded white onesie--lives on a lush green island that somehow hangs effortlessly in space. When the game opens, a mysterious musical instrument falls from the sky, and your inquisitive character quickly discovers he can use it to listen to and play back the melodies hiding inside various specifically marked objects throughout the world. Doing so generally coaxes out crudely animated spirits, who wordlessly relay puzzle hints or light exposition that relates to your immediate surroundings.

Your mysterious musical sky horn not only serves as the only persistent puzzle-solving mechanic, it also taps into one the game's defining aspects: characters speak only in gibberish and the game contains no text whatsoever--instead, the true language of Samorost 3 is music. The soundtrack swells as you progress through areas; puzzle solutions often rely on particular melodies; and characters throughout the game dance and sing both in reaction to your presence and simply of their own accord. It's a clever and evocative approach, one bolstered by the consistent excellence of the music itself. The soundtrack employs a huge variety of unusual instruments, which cultivates an atmosphere that is at once alien and inviting.

This atmosphere is further reinforced by the stunning and truly distinct art style, which uses an uncanny mix of photorealistic textures and totally fantastic elements. The brilliant greens of your home planet, for example, contrast sharply with the star-spangled darkness above, creating a serene yet slightly eerie feel that persists through the entire experience. As I traveled the galaxy in my makeshift spaceship, I encountered bearded tree people, massive musical beatles, inexplicable machinery, and innumerable other peculiar wonders that made me feel as though I was exploring a children's fairytale that's slightly more unsettling than you'd expect for something so innocent.

This sense of occupying some kind of dark fable helped propel me through the experience in the absence of a strong narrative. You can glance through a picture book in your character's home that hints at the adventure ahead, but the game never establishes a clear motive, mission, or goal for your journey. At least, not until you've almost finished the game. For the most part, you're simply left to toy with your surroundings until you advance towards some unknown conclusion.

At times, this process can be a joy in spite or even because of the lack of instruction. Each level is littered with interactive objects that in no way contribute to your overall progression; they exist simply to reward curious players. And on occasion, these smaller side "puzzles" produce memorable moments of unexpected beauty: you can assemble a choir of singing termites, make a field mouse dance, or simply pick flowers. But with no clear purpose pulling you along, this sense of wonder and discovery wanes as the hours pass and the larger puzzles chip away at your patience.

To be clear, the puzzles are, for the most part, fine. I only got stuck once, and even then, I managed to power through with a little extra experimentation. However, outside of their compelling presentation, solutions are generally simplistic or worse, convoluted. Many puzzles hinge on extremely subtle visual cues and a healthy dose of suspect logic. Sometimes you'll need to backtrack to a previous area or repeat the same action multiple times despite receiving no indication you need to do either. I found myself wondering, "What the hell am I even doing and why?" far more often than, "Hmm, how do I solve this puzzle?"

Puzzles also don't grow any more challenging or intricate over time. You don't acquire any persistent items beyond your horn, so the final level contains exactly the same types of strategic switch-flipping and pattern memorization found in the first level. This design choice seems to emphasize investment in the world over simply beating the game, but puzzles still constitute the vast majority of Samorost 3's actual gameplay. Beautiful though the world may be, the experience still forces you through these puzzles. Thankfully, you'll at least have access to a helpful hint book that displays sketches of each solution without explicitly telling you what to do.

Though I did eventually grow bored of its puzzles, I never tired of Samorost 3's world. Added mechanical depth and variety would have certainly made the game richer, but every subtle visual detail, every lingering musical note, every delightful interaction coalesces into a truly special world that makes Samorost 3 worthwhile nonetheless. 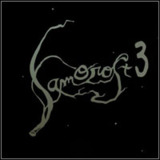 Scott took his time with Samorost 3 and still completed the game--including the majority of its side puzzles--in roughly six hours. He received a complimentary Steam code for this review.