Salt and Sacrifice imbues its Souls-like formula with elements from Monster Hunter, creating a peculiar mixture that falls just short of realizing its full potential.

After the success of 2016's Salt and Sanctuary, indie developer Ska Studios could've rested on its laurels when designing a sequel to the 2D Souls-like. Instead, the two-person studio has done the opposite, pulling from an amalgamation of influences to create a game that differs vastly from its predecessor. Salt and Sacrifice isn't just another 2D Souls-like; it still retains many of the genre's fundamentals, yet its allusions to Metroidvania and, crucially, Monster Hunter, are much more pronounced. While it does feature satisfying combat and progression, many of its risks don't always pay off and this curious concoction falls just short of realizing its full potential.

Salt and Sacrifice casts you as a condemned prisoner in a kingdom corrupted by malignant magic. Monstrous creatures now roam the lands, with the source of all this defilement tracing back to the nefarious Mages who now stalk each region. Given the option of either execution or a life of Mage-hunting, you choose the latter, becoming a Marked Inquisitor sent to track down these dangerous Mages and devour their hearts to ensure the kingdom survives. After creating a character and getting routinely demolished by an overpowered boss in true Souls-like fashion, you awaken in Pardoner's Vale, a hub area where you can converse with various NPCs, level up your character class, craft and upgrade new weapons and armor, and pet an adorable cat with antlers.

It's also here where you'll find the Mirrorgate--an enchanted portal that allows you to teleport to different regions across the kingdom. Each one is home to numerous Mages that must be hunted down and killed, serving as Salt and Sacrifice's core gameplay loop. By exploring a region, you'll discover evidence that will kick off a Mage Hunt, creating a particle trail for you to follow directly to your prey. Much like Monster Hunter's beasties, Mages aren't confined to a single boss arena. You need to fight them a handful of times as they roam across the region, summoning themed mobs to slow you down as they go. After dealing enough damage, you'll eventually trigger a final showdown and transition into a traditional boss battle where you can finally finish the Mage off for good.

Each region has a set number of Named Mages that must be defeated in order to progress through the game and open the sealed doors blocking your access to new areas. Splitting the game world into separate zones--similarly to Demon's Souls--does lose some of the interconnectivity of the first game's sprawling map, but each region is still fairly large and labyrinthian in design, with all the hallmarks of a classic Metroidvania. You'll spot glimpses of out-of-reach areas you'll need to return to later on when you have the necessary traversal tool, uncover satisfying shortcuts that lead back to obelisks you can rest beside, and scale imposing cliffsides with precise platforming. The regions are visually diverse, too, whether you're slowly inching through the tight confines of an underground mine or searching the innards of a wooden ship perched atop a snowcapped mountaintop.

The problem with these intricately designed regions is that, somewhat bafflingly, Salt and Sacrifice has no map. This wouldn't be an issue if it was still a conventional and fairly linear Souls-like, but when you consider the game's Metroidvania roots, it's an especially odd omission. Having to re-find a door you discovered hours earlier but can only open now adds an element of tedium that shouldn't exist, and this is compounded by the fact you can't fast-travel between obelisks or choose which one you spawn at when entering a region. There's a lot of repetitive backtracking that just doesn't need to be here, and it detracts from the rest of the game.

This also means you'll be fighting the same monsters multiple times as you venture through familiar locations. It's fortunate, then, that the sheer breadth of enemy types is numerically impressive. They range from your standard goblins and archers right through to skeletons with insect pincers protruding from their shoulders and towering sentries armed with electrified hammers. The art direction and creativity on show is a delight, and each enemy type keeps you on your toes with unique attack patterns and potential weaknesses to exploit. Salt and Sacrifice adopts a fluid combat system that consists of light and heavy attacks, dodge-rolls, parries, and blocks. Your attacks and movement are notably snappier compared to the previous game, lending each fight a fast pace that belies its stamina management. Stabbing and slicing your way through hordes of enemies is inherently satisfying--as spurts of blood follow each wounding blow--and although it lacks heft, each battle offers an engaging challenge.

The arsenal of weapons at your disposal comes from the Monster Hunter school of thought, with each weapon type having its own distinct feel and moveset. I started with a generic Highblade before eventually crafting improved versions that could deal elemental damage and inflict more pain, but each one still used the same combos and basic attacks. This might sound limiting, but it allows you to get comfortable with a moveset and then augment it with each weapon's potential Runic Arts. These are special abilities unique to certain weapons that give them a sense of individuality within the wider weapon type frame. By killing enemies to build up a Rage meter, the first Highblade I crafted could be engulfed in flames, while the Arc Surge I used for much of the game's latter half conjured a projectile wave of dark energy that obliterated anything in its path.

Salt and Sacrifice's Monster Hunter DNA is also evident in how you craft and upgrade weapons and armor. Killing a single Mage and a bunch of their summoned minions will net you a bounty of body parts that can then be used to make a piece of gear or two. If you want to fashion a complete armor set or craft additional weapons, you'll need to hunt down the same Mage again to acquire their specific materials and upgrade components. This can be done by returning to a region and tracking them down again, or by opening up hidden areas to reveal tougher variations of each boss that will drop further rewards upon defeat.

It's a grind, sure--one that's exacerbated by the lack of in-game map and fast travel-- but for the most part, it offers an enjoyable gameplay loop if you're willing to embrace it. Boss fights are diverse, with each one presenting its own set of challenges. At first they can appear daunting and almost insurmountable, but once you learn their attack patterns and figure out openings where you can dodge and attack, it's easy to settle into a pleasant but tense rhythm. The progression of loot is satisfying, too.

As you progress further into the game, however, the combat system begins to reveal some questionable design decisions that coincide with the bosses' increasing difficulty. Stamina regeneration is halted when taking damage, for instance, which makes it incredibly easy to be stunlocked to death. This issue will occasionally crop up when facing multiple enemies, but it most frequently occurs once you start fighting overly aggressive Mages with no cooldowns on offense. Most bosses also unleash attacks that knock you skyward, but with no i-frames--as seen in most other Souls-likes--to prevent you from being juggled to death, it's all too easy to lose a full bar of health without having any way to escape and defend yourself. Healing is a tad too slow as well, especially considering some Mages will hit you with attacks that deal damage over time. Enemies also have a habit of standing over ledges, or at the top of ladders, to prevent you from climbing up. This is a minor frustration compared to the others, but they all add up.

Even healing potions are limited, despite the fact they replenish at every obelisk. It's unlikely you'll ever run out since the materials you need to craft them are so plentiful you'll rarely need to go out of your way to farm them, but if you're repeatedly throwing yourself at a single boss, they can potentially run dry. Your only recourse in this situation is to abandon the hunt to go and gather materials, adding even more backtracking. It feels like an unnecessary layer of grinding that specifically punishes those who are struggling.

To make things slightly more manageable, Salt and Sacrifice has added a few familiar multiplayer options. You can play the entire game in co-op with a friend if you both enter the same passcode. Players can summon each other for some jolly cooperation, and PvP invasions are also present, with multiple NPC factions offering different rewards for cutting down your fellow Inquisitors. It remains to be seen if the player base will be large enough to support these options, however--at least on PC. So far I've struggled to connect with anyone else, either by attempting to summon someone into my world or by offering myself as a cooperator, which is a shame.

It's also a shame that Salt and Sacrifice can't quite live up to its potential. Ska Studios has created an ambitious sequel that takes various elements from both Monster Hunter and the Metroidvania genre and combines them into one sprawling 2D Souls-like. For the most part, this curious amalgamation succeeds, offering snappy combat, a labyrinthian world to explore, and tense boss battles against a vast array of challenging foes. Unfortunately, it also elicits plenty of moments of frustration, whether it's because the absence of a map and fast-travel system adds additional tedium to its grind, or because the combat system is overly punishing in a way that feels unfair and unbalanced. Salt and Sacrifice still offers an enjoyable distillation of familiar elements, but too many issues hold it back from achieving greatness.

View Comments (17)
Back To Top
7
Good
About GameSpot Reviews 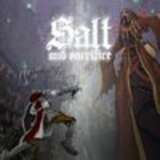 Richard finished Salt and Sanctuary in 20 hours and defeated plenty of its side bosses. Review code was provided by the publisher.