This amusing strategy RPG is as close as you're likely to get to starring in your own anime.

Sakura Wars: So Long, My Love is a strategy role-playing game that cleverly mimics Japanese animation, presenting a highly original and hilarious adventure. The game unfolds like an interactive anime, implementing wild situations and comical characters. Genuinely amusing dialogue highlights the game's events, but combat and minigames take a back seat to the text, producing an overall passive tone that somewhat limits its appeal. Still, Sakura Wars is probably the closest you can get to starring in your own anime, and this novelty makes the game a rare delight.

The storyline is lighthearted and entertaining, cleverly playing up its absurdity for fun. You're cast as Lieutenant Taiga, a member of the Global Defense Force who joins the New York Combat Revue--a mech-based military unit masquerading as a theatrical troupe. The group is composed of several young girls, all of whom you'll want to impress in order to strengthen your team. The amusing plot makes heavy use of character archetypes and wacky scenarios, pitting you against such foes as a masked samurai cowgirl in a hilarious bushido showdown. An outlandish Power Rangers theme also runs alongside the game's social simulation aspect, which is pleasantly nostalgic.

In a rather bold move, the gameplay is free of the genre's traditional focus on incessant leveling. Instead, the game proceeds much like an anime, with events segmented into eight episodes that have you chatting up the girls between errands and dates. This emphasis on dialogue is the game's most attractive feature; you'll encounter numerous timed dialogue paths, and it is fun to choose your own responses, which often prompt goofy scenes. Mastering the art of conversation does more than just teach you cheesy pick-up lines, however, because charming the girls also boosts your friendship meters, which determine your team's combative strength. This means that there are consequences for inappropriate behavior, so you'll want to walk the line between "friendly" and "creepy" as delicately as possible.

The turn-based battle system is somewhat rudimentary and slow paced, but a few interesting elements add tactical depth. Boosting your friendship meters directly increases your teammates' stats, as well as the strength of joint attacks, which are combination skills that each unit performs with a partner. It also increases a unit's mobility gauge, which determines the distance a unit can move, as well as how often it can attack during a single turn. Balancing maneuvering with attacking therefore requires some skill, but it also slows the pace. Heal spells and special attacks push you to play cautiously because they share the same energy bar, which is far from infinite. You're also encouraged to split your party along affinity lines, keeping those with high friendship levels together for more powerful joint attacks. Each battle scenario involves slightly different objectives to help keep the gameplay fresh, whether it is tackling a constant supply of reinforcements or protecting allies during air battles.

Though combat is kept somewhat intriguing, it still suffers from tedium and a variety of quirks. Enemies are easy to defeat because they reuse the same tactics, so you'll spend most of your time button-mashing combos against the same enemy types and strategies. The lack of any customization is disheartening; unlocking skills and upgrading equipment would have made the mechs more relevant to gameplay. An annoying targeting issue occurs during flight segments, making it difficult to finagle your reticle because you can't adjust for depth. You'll also trigger some slowdown when there's a lot of action onscreen, as well as a few sound errors and temporary freezes. Boss fights are mildly challenging, but they all employ the same basic strategy to defeat, which gets a bit redundant.

Despite charming dialogue, the gameplay proceeds rather passively and struggles to remain captivating outside of combat. Minigames are limited to answering questions or following simple onscreen prompts, and there's not a single side quest to be found. There are a few "free play" segments, during which you can explore the city's limited areas, but you can't do much but chat and take pointless snapshots. There's just little to do beside converse, which reduces the dialogue to filler that you're forced to wade through to prompt some action.

Cute animated sequences and creative character design bring the bizarre story to life, implementing vivid character portraits with detailed facial expressions and adorable outfits. You'll find flashy battle sequences for special moves, which are fun to watch. Unfortunately, blurry backdrops and crude 3D environments really show their age, with jagged edges highlighting character models and objects during free play. The generic background music is forgettable but not abrasive; the main theme is especially catchy. The dialogue is competently voiced with an assortment of accents that aren't too melodramatic, which nicely complements the unusual character design.

The game is roughly 20 hours long, with some unique features to increase replayability, although not all of these succeed. The main adventure boasts multiple endings, which are determined based upon your answers to dialogue trees, as well as the girl you choose to befriend. Selecting a different girl unlocks new dialogue branches and videos, but you'll have to repeat the first six episodes just to make a new choice, which is discouraging. A bonus chapter enables you to view all unlocked content and enter passwords to unlock photos; however, the distinct lack of combat opportunities make it a no-frills extra.

Though some elements of Sakura Wars are ridiculously cheesy, there's no denying its cute exterior and high entertainment value. Combat is a bit lackluster and more interactive minigames are sorely needed, but those who enjoy zanier, simpler strategy RPGs should appreciate the game's casual tone. 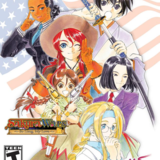 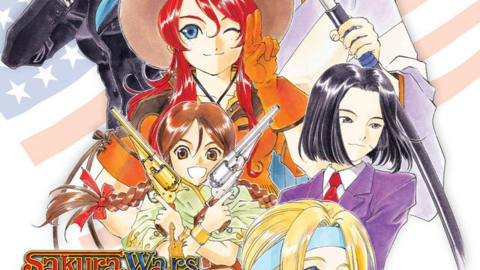 Sakura Wars: So Long, My Love

The fifth game in the long-running Sakura Taisen series takes you to New York during 1927, where you and your team of mechs must battle monsters.