Sakura Wars is perhaps the most anime game that I've ever played. There are plenty of games out there based on popular anime, yes, but when it comes to feeling like you're an active part of an ongoing, episodic adventure filled with quirky characters, dramatic action, and satisfying melodrama, Sakura Wars has everything else beat. Its structure, charming cast, and whirlwind story help set it apart from other colorful anime-inspired adventures, and, much like the characters whose stories it tells, it manages to overcome many of its flaws to become a satisfying experience in the end.

For the uninitiated, the entire concept of Sakura Wars is rather offbeat. This particular game is a semi-reboot of a long-running Japanese game series of the same name, set in an alternate 1940s Japan where steam technology quickly surpassed electricity and history took a very different path. The world's nations, rather than fighting each other in World Wars, took arms against demonic invaders with armies of steam-powered fighting robots called Spiricle Strikers. Oh yes, and these armies also operate semi-covertly as theatre troupes whose members consisted mostly of young women.

It's a lot to take in, and it's compounded by the fact that only one other Sakura Wars game has made the voyage Westward, though some related media (like anime and manga adaptations) have seen release here. Still, if you're coming in totally blind to the Sakura Wars concept and mythos, you might find yourself rather confused, particularly when references to previous titles crop up.

Sakura Wars does find a way to try to ease you into things, however. You take the role of Seijuro, a disgraced military veteran who has been shuffled off to manage the Combat Revue of the Tokyo Imperial Theatre… a crew consisting of mostly inexperienced greenhorns who can't act or fight their way out of a wet paper bag. They're so bad that they can't even properly protect Tokyo from the demonic forces that have begun to ramp up attacks once again. On top of that, there's a massive international tournament among the combat revues of other major cities happening, and all of the losing teams will be forced to disband. And so you must turn things around for the Imperial Combat Revue--and destroy the demons and maybe find romance in the process.

Sakura Wars presents its story in an episodic format, complete with convenient "intermissions" at key points in each episode and "coming-up-next" style previews once one of the mini-sagas wraps up. Each of the game's nine episodes contain sequences that mix story and character interaction to go along with action portions--though, in most of the episodes, the former takes considerable precedence over the latter, as you spend time connecting with the ragtag crew of the Imperial Theatre and the Combat Revue.

It's in these story-heavy portions that the beauty and imagination of both the game's unique setting--an anachronistic, steampunk early-20th-century Tokyo--and its artistic vision manage to really shine. While there aren't many locations in Sakura Wars, they all feel distinct and lively, giving the impression of a familiar yet strange place removed from time. The character designs add to the game's distinct mood, too; besides the young women of the Imperial Combat Revue, you also encounter fighters from London, Shanghai, and Germany, each with their own personality quirks and an appealing visual style that evokes the imagery of their respective nations.

You spend most of your time with the women of the Imperial Theatre, though, guiding them through the various challenges and situations throughout the story. The five main Combat Revue fighters are Amamiya Sakura, an optimistic girl-next-door type and Seijuro's childhood friend; Shinonome Hatsuho, a tomboyish shrine maiden with a violent side; Clarissa Snowflake, a shy bookworm with plenty of secrets; Mochizuki Azami, a weird girl with ninja training and a sweet tooth; and Anastasia Palma, a cold, sultry woman whose acting skills are known worldwide. Other theatre crewmembers, like director Sumire, theatre store operator Komachi, and obnoxious mechanic Reiji also support your team from behind the scenes, but those core five are where most of the focus of the story and your interactions lie.

Each of these five women are distinct in both looks and personality, and their visual designs (provided by Bleach manga creator Tite Kubo) are beautifully rendered and well-animated throughout, though sometimes the motion capture can feel a little overdone. The Japanese voice acting (there is, unfortunately, no English dub) also brings out the expressiveness of Sakura Wars' character dialogue. Seeing and hearing Clarissa getting flustered because you found her embarrassing story drafts or Sakura finally opening up about some of her painful past experiences makes for some great, memorable moments.

It's in these story-heavy portions that the beauty and imagination of both the game's unique setting--an anachronistic, steampunk early-20th-century Tokyo--and its artistic vision manage to really shine.

Character-to-character interaction is the meat of most of Sakura Wars' gameplay. During conversations, you'll often be presented with a choice of dialogue options, but there's a twist--these interactions are timed, and taking too long to find the right words (or saying something dumb without thinking) can affect the trust other characters have in you. Has Seijuro found himself in an awkward situation by stumbling into the dressing room at a bad time? You'd better come up with a good explanation, stat! And if you try to be a creepy weirdo, you're going to turn off the women you fight beside really fast, so you must learn how to treat each individual character well.

Once you reach a certain point of trust with the main five women fighters, you can start to pursue a more intimate relationship. You may be offered a chance to talk and interact one-on-one in a first-person, private setting where she'll start to divulge more personal feelings and worries, complete with sparkly auras, blushing cheeks, and faces sometimes coming very, very close together. It's over-the-top in the best kind of way.

Eventually, however, you will reach points in each chapter where combat needs to happen--either through a portal opening to the demon realm, a random small-scale demonic invasion, or a showcase duel against one of the other global Combat Revues. The bonds you have built through the story come into play here, as the morale of the team directly impacts the fighting prowess of all the individual members in terms of damage dealt and received.

That should be a cool little bonus, but unfortunately, Sakura Wars' action combat isn't anything to write home about. It's not a miserable experience, but it's not a particularly exciting one, either. Taking control of one of the Spiricle Strikers (usually with a CPU-controlled companion at your side), you blow through waves of enemies with preset attack combo variations, occasionally dodging with precise timing to enter a slow-motion counterattack mode or initiating a superpowered skill when a special gauge is full. It's standard stuff if you've played 3D action games, and it controls and flows well enough, but there's also nothing noteworthy about it. It's also very easy if you're experienced with action games; few of the encounters put up a real threat aside from battles where you're forced to fight solo, and even those aren't that challenging. The biggest annoyance in combat sequences generally involves random platforming sequences, which would drag the game down a lot more if they weren't fairly rare.

Ultimately, combat feels like something of an afterthought--less of a crucial game component and more of a way for the characters to get into situations where they can deliver riveting speeches about the power of friendship and believing in yourself to overcome enemies. Combat (and the story beats it delivers) works well as part of the overall over-the-top melodrama the game's going for, but it's not particularly fun to actually play these portions of the game.

Ultimately, combat feels like something of an afterthought--less of a crucial game component and more of a way for the characters to get into situations where they can deliver riveting speeches about the power of friendship and believing in yourself to overcome enemies.

The story's twists and turns culminate in a big climax, and while there are plot holes and "surprises" seen coming from a mile away, it doesn't matter because it's just so darn entertaining to see this crazy thing unfurl. At about 15 to 20 hours for a first playthrough, Sakura Wars is brief, but there's a fair amount of replayability to be had in redoing certain scenes with different outcomes, finding opportunities for interactions you may have initially missed, or trying to bond with different characters. I enjoyed replaying the game to woo a new paramour, though there aren't more substantial New Game+ options like advanced difficulty levels for combat sequences.

My time playing Sakura Wars mirrored the way the Combat Revue grew and changed through the game. Much like Seijuro seeing his team for the first time, I was skeptical that Sakura Wars could adequately pull off what it set out to do. But as I kept playing and the women grew into their roles, I began to warm to it. By the time the curtain fell, I was cheering for the team just as hard as everyone in-game was. The flaws of Sakura Wars are obvious, though a strong focus on melodrama and spectacle makes it a lot easier to gloss over the game's weak points. There's nothing out there quite like Sakura Wars, and if you stick with them, there's a good chance this cast of oddballs will worm their way into your heart too. 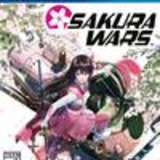 Heidi was knee-deep in Sega Saturn import fandom when Sakura Wars debuted, and was elated to see the series get another shot in the West after Sakura Wars V went under the radar. She would like to pose the question, "Who is Best Girl, and why is it Hatsuho?" Review code was provided by the publisher. 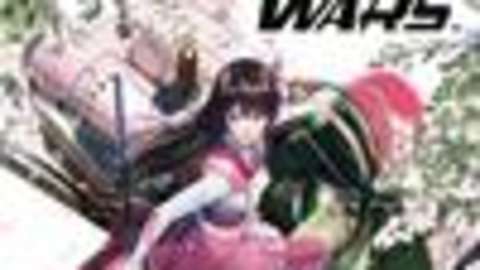