Sakuna: Of Rice And Ruin Review

This rice is anything but bland.

The farming/life-sim genre is an increasingly crowded field these days. There is no shortage of games that offer the experience of building a small farm, raising crops and livestock, and making friends and relationships along the way. But every so often, a game in this genre comes along that really turns things on their head, taking well-worn tropes and expectations and making them feel fresh and new. Sakuna: of Rice and Ruin is such a game. It combines an in-depth rice-farming simulation with excellent 2D platforming action and a wonderful atmosphere to make a delightful, fulfilling experience.

Sakuna is a haughty, bratty harvest goddess of the old-timey Japan-inspired world of Yanato. She lives comfortably with her divine peers in the Lofty Realm away from the suffering of mortals below. When a group of hungry mortals stumble into the Lofty Realm looking for food on her watch, she discovers to her horror that they've destroyed the offering to the great deity Lady Kamuhitsuki. As punishment, she and the mortals are banished to the Isle of Demons, where she is tasked with cleansing the land of evil forces while eking out a meager subsistence living with her newfound companions. Now, the goddess Sakuna needs to get her hands dirty--and bond with the humans that have lived beneath her--in order to survive.

The base gameplay of Sakuna is split into two parts: exploration and simulation. The exploration sections have you traversing 2D environments to hunt enemies, collect materials needed for combat and survival, and discover new areas for gathering. The simulation sections task Sakuna with managing the day-to-day labor involved in harvesting a rice crop needed to sustain a family. Engaging in both of these activities is necessary for progress, but you need to decide how to best invest your time. A day-and-night cycle means there's a constant march onwards through the quite truncated seasons, which affect many things, such as when collected materials spoil, enemies' strength, which materials can be gathered, what farmwork can be done, and so on. The need to balance activities and manage both item and time resources makes for a gameplay loop that's interesting and challenging without being too punishing. It also allows for the gradual introduction of new elements as you progress, like additional farming tools and more exploration abilities.

But what makes Sakuna such a unique and memorable experience is just how well-made and in-depth its two core gameplay systems are. If you don't know the first thing about cultivating and harvesting rice, you will learn a lot about just how intricate and labor-intensive the process is simply from playing Sakuna. Everything about the rice-farming process is detailed and represented in gameplay, starting from tilling the soil to finding ideal kernels, moving on to planting seedlings, managing water levels, pest control, and weeding, to the eventual harvest, threshing, and hulling, all of which Sakuna is directly involved with (and yes, you'll have to make fertilizer the old-fashioned way, so prepare for lots of poop-scooping and waste compounding). It's an accurate representation of the entire process and really hammers home the amount of work it takes to make a quality rice crop. And you will want to make quality crops, because the quality of the rice harvest directly impacts Sakuna's level and stats--plus, additional food eaten during meals gives her beneficial boons during exploration.

The exploration sequences are also superbly done. Sakuna can run, jump, and use her Divine Raiment to grapple onto surfaces and past obstacles and enemies, deftly swinging around the screen to reach gathering and mining spots and hidden treasure chests filled with rare artifacts and soil additives. As you progress, these areas introduce new and interesting obstacles, like wind storms, jagged spikes, rolling rocks, and floating water platforms that require you to use your platforming skills to the fullest to reach hidden nooks and crannies.

But this island is a demonic stronghold teeming with enemies, so Sakuna will often have to put up a fight using her farming implements and Raiment to smack some enemies around. And when we say “smack them around,” we mean it; Sakuna's combat has a very fun physics system that lets you launch, juggle, and fling enemies around with combinations of normal, special, and Raiment attacks. For example, with a mighty swing of her plough, Sakuna can send one enemy flying into a big group of foes like a bowling ball knocking down pins. Using her Raiment she can grab a large downed enemy and smash them into a wall of spikes or flying enemies. To follow-up, she can then smack a target a few more times with basic combos before they hit the ground, hopefully eliminating them entirely.

Pulling off these big combat plays is a ton of fun, and sending enemies crashing into each other for big damage never stops feeling satisfying. Plus, as Sakuna's skills on the farm improve, she also learns new combat skills that can be equipped and independently strengthened, giving you a growing supply of fresh moves to add to your fighting repertoire. While the big enemy groups and high-health, high-damage bosses might be intimidating to players who aren't a deft hand at action games, Sakuna is quite merciful on this front as losing all of your health simply resets you back to when you first entered the area. And if things are simply too hard for you, you can opt to focus more on the rice-farming part of the game instead since the next crop you harvest will also raise Sakuna's stats, making exploration a fair bit easier.

Great gameplay would be enough to warrant a recommendation, but Sakuna's visual style and overall pleasant mood gives the game a warmth and beauty that really helps it stand out from the crowd. The visuals evoke a fantasy historical Japan that is filled with awe-inspiring beauty--I would frequently find myself sitting in my rice field at night, staring up at the starry sky as the wind blew through the trees, or admiring the detail of raindrops splashing on water bubbles as I went to explore in the midst of a storm. The story and characters also add greatly to Sakuna's charm, as this ragtag group of peasants-and-divine-beings grows into a close family that helps each other out. Listening to dinner conversations where foreign missionary woman Myrthe describes her hardships as a trial from God, or Tauemon describing his upbringing and misadventures adds a lot of life and connection to these characters.

That isn't to say that Sakuna is flawless, however. As in any game where you have separate, very distinct gameplay styles, finding a balance between them can be tough at times, and Sakuna doesn't always succeed in that regard. There will be times when a bunch of new areas open up that you want to explore, but you're restricted by the necessity to tend to the farm's needs at a particular season. Likewise, there will be times like mid-winter when there's not much to do on the farm, which is a more ideal time for exploration--though because gathering items change with seasons, what you get from exploring in winter might not be what you want for your farming and tool-making endeavors. And sometimes you just have to wait for things to happen on the farm while there isn't anything particularly interesting going on in exploration, either--perhaps you're stymied on a tough area you want to get a stat boost to help clear--and you just have to replay old areas and kill time gathering random stuff until the harvest comes due. The worst is when the clock creeps up on you; enemies gain a massive strength boost at night, so seeing the sun set just as you're on the cusp of clearing a stage mission or reaching the exit can be a massive bummer, as can having half your spoils get spoiled.

Even if it's a little rough around the edges, Sakuna is a genuine gem. Its rewarding and engaging sim gameplay, exciting freeform combat, and just the way it feels like a warm and comforting experience while you play it are what makes it one of the best life-sim style games to release in quite some time. Whether you're big into action, simulation, or both, Sakuna's journey of redemption is one well worth taking. 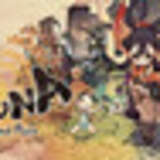 Heidi played about 40 hours of Sakuna: of Rice and Ruin for this review. Review code was provided by the publisher. 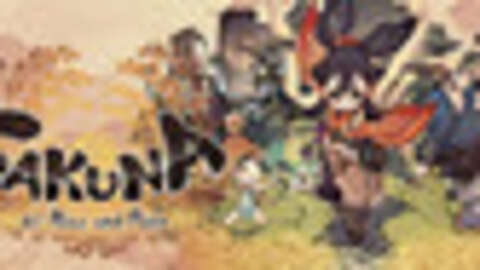 Sakuna: Of Rice and Ruin

7
Sign In to rate Sakuna: Of Rice and Ruin