If you've already spent time in Steelport, you know that it's a place where an enterprising gang leader can earn cash and respect by chauffeuring tigers around, protecting friends from attack while perched in a helicopter with a rocket launcher, laying waste to city blocks with a tank, and participating in all sorts of other activities. Genki Bowl VII, the first mission pack add-on for Saints Row: The Third, brings four new activity types to the smorgasbord of mayhem and violence that is Steelport. Unfortunately, only one of these new pursuits measures up to the inspired zaniness typified by the activities included in the original game. Genki Bowl VII is a slight piece of downloadable content that mostly feels downright mundane compared to everything that came before.

Professor Genki, the homicidal man-cat whose Super Ethical Reality Climax competitions are a staple of the Steelport entertainment scene, ups the ante once a year, devising deadly new contests for a select group of proven warriors. As the leader of the Saints, you're given the opportunity to enter this annual tournament and prove yourself worthy of being crowned Genki Bowl champion.

Story is a minor part of this escapade, and laughs are in short supply. There are a few cutscenes in which returning commentators Zach and Bobby set up the events you're about to participate in, but the main game's hilarious scenes featuring your customized character engaging in the business of ruling a gang while naked and speaking in a zombie voice (or sporting whatever absurd characteristics you've selected for him or her) are sadly absent. Without these spirited interludes and the humor they inject into the proceedings, the events of Genki Bowl VII feel a bit lifeless and isolated from the rest of your character's adventures in Steelport.

Your participation in Genki Bowl VII begins with an event called Genki Apocalypse. In Genki Apocalypse, you're tossed into a booby-trapped, mascot-infested gauntlet, in which you must kill your enemies and make your way to the exit alive. If you think this sounds an awful lot like the Super Ethical Reality Climax events you've already played, you're not wrong. The only things that differentiate Genki Apocalypse from SERC are the amusingly cheap jungle set dressings that decorate the obstacle courses, and the shark-infested pools and streams within them. The first time you see a mascot wander into water and instantly get devoured by a great white, it's a delightful surprise that's perfectly in keeping with the cartoonish carnage that helps make Saints Row: The Third so exciting.

But as amusing as this little touch is, it can't keep Genki Apocalypse from feeling like more of something we got plenty of already. And the two instances of Genki Apocalypse don't even measure up to the better SERC events. The Genki Apocalypse layouts are a bit labyrinthine, and although Saints Row: The Third manages to make a surprisingly wide range of activities enjoyable, maze navigation isn't one of them. Failing an event not because you were shot one too many times by a guy in an energy drink costume but because you failed to find the exit before time ran out is no way for a Saint to go down.

After completing your first Genki Apocalypse event, you're invited to take advantage of a Super Ethical PR Opportunity. Here, you must drive the psychopathic professor himself to a public appearance. Professor Genki's ride, the Genki Mobile, is especially effective at mowing down pedestrians, and it sports flamethrowers on the front and sides. These features come in handy, because Genki is a demanding passenger. In addition to keeping him away from the overzealous fans who try to swarm around you, you must appease him by causing a tremendous amount of death and destruction before delivering him to his destination.

So you cruise down sidewalks to off pedestrians--something you've probably done plenty of just for the fun of it already--and occasionally do something specific at Genki's behest, like cause a certain amount of damage to other cars, or kill some mascots who are cruising around on carts. It's a messy and chaotic event, but it lacks the spark of creativity that characterizes the best activities in Saints Row and doesn't feel all that different from a typical drive about town. Speeding down sidewalks to kill people and fill up Professor Genki's pleasure meter is commonplace by Steelport standards, and by the time Professor Genki has seen enough slaughter and is ready to be taken to his appearance, you're more than ready for the event to be over.

Next, it's time for the Sexy Kitten Yarngasm. This event puts you in control of a massive ball of yarn, called Yarnie, which you roll around the streets of Steelport, leaving destruction in your wake. To succeed, you must cause a certain amount of damage within a set amount of time. It's exactly like the Tank Mayhem events of Saints Row: The Third, only you crush vehicles by rolling over them with a huge sphere instead of blasting them with the tremendous firepower of a tank. For completing Sexy Kitten Yarngasm, you're awarded Yarnie as a vehicle, and it makes a humorous addition to your garage that you might enjoy taking for a spin once in a while just for the comic novelty of seeing a huge ball of yarn roll down the streets. But the event itself overstays its welcome. It's cathartic for a short while to roll over things and make them go boom, but that's all there is to Sexy Kitten Yarngasm; meeting your destructive goal isn't challenging in the least, so there's no sense of accomplishment to make that destruction rewarding.

Unfortunately, you need to jump through the hoops of those first three event types before competing in Genki Bowl's final, and best, offering. In Sad Panda Skyblazing, you leap out of a plane and hurl through the air, trying to make your way through the floating rings that mark your route to the finish. Doing so isn't easy, nor should it be. It takes practice and finesse to get the hang of staying on course. Should you lose too much altitude to pass through the rings as you're heading for the finish line, you can dive into one of the many huge balloons below, bouncing off of it and getting the lift you need.

Just hitting your mark is challenging and exciting in itself, but it isn't enough to succeed. As you speed through the sky, you also need to keep an eye on the rooftops far below for mobs of mascots. To earn enough money to win the event, you must also plummet onto some of these spots and slice those mascots to bits with a chainsaw before entering one of the launchers placed on the rooftops and being fired back on your way toward the goal. The entire event has just the sort of precarious, death-defying flavor that characterizes so many standout moments of Saints Row: The Third, and its two instances provide an exhilarating coda to Genki Bowl VII.

As enjoyable as it is, though, Sad Panda Skyblazing can't make the entirety of Genki Bowl VII worthwhile. The add-on's eight events--two instances of each of the four types--can be completed in under an hour if you successfully finish each one on your first try, and six of those eight events feel like something you're obligated to complete to get to the good stuff. It's included as part of the season pass content, but purchased separately, it's $6.99, and it's much too insubstantial to justify that cost. Sure, you earn a few new homies and some new vehicles for your trouble--including that huge, amusing ball of yarn--but this downloadable content just doesn't possess the sense of constantly surprising, outrageous fun that made Saints Row: The Third so incredible. 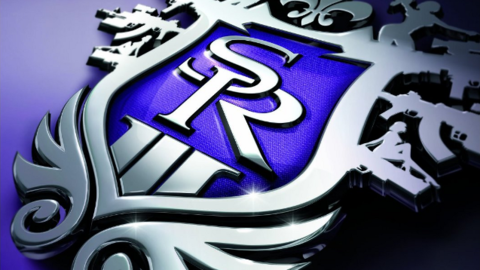 Saints Row: The Third takes place years after the Third Street Saints take over Stilwater for their own.