SaGa Frontier is a solid, if not exactly stellar, RPG.

In theory, SaGa Frontier seems to offer more bang for the buck than any RPG ever created. After all, this newest installment in the Japanese Romancing SaGa series gives you seven separate adventures for seven different characters (whom you choose at the quest's outset). For the most part, this seven-games-for-the-price-of-one approach works fairly well - as long as you don't go into SaGa Frontier expecting to play seven Final Fantasy VIIs.

Although Square claims SaGa Frontier packs more than 140 hours of gameplay, each of the seven adventures lasts no more than 15 hours in length. These separate plots are surprisingly different from each other, thanks mainly to the game's enormous world (which packs everything from castles to cyberspace). Yet the quality of the individual stories ranges from gripping to so-so (the robot and superhero characters have particularly good plots). Unfortunately, the huge world needed to contain all these stories is the big culprit here, giving rise to gameplay that's too nonlinear and plots that are sometimes unfocused. I got sidetracked a few times when I battled through a dungeon that turned out to be only useful to another character's story. The difficulty varies wildly between characters, too.

Although Saga Frontier's combat system may be nothing special to look at (except for plenty of obligatory flashy spell effects), it is refreshingly novel for an otherwise traditional RPG. As in a few ancient role-playing games such as Earthbound and Final Fantasy: Mystic Quest, you can see enemy parties scurry about in the dungeons, thus letting you avoid them and dodge a time-consuming bout of turn-based combat. (Nevertheless, some enemy parties spring from nowhere and engage your party before you can escape.) You don't have to worry as much about hit points during combat, either, since they recharge automatically between battles. Instead, you must conserve weapon points, which you spend to unleash powerful attacks. You can also chain the attacks of your party members together to unleash spectacular and devastating combination strikes. Learning these will take some trial and error, though, and you'll hit on many combos by simply experimenting and mixing up your attack strategies.

Graphically, SaGa Frontier is a mixed bag. It packs plenty of well-done pre-rendered backgrounds, their quality approaching those in Final Fantasy VII. At the same time, the sprite-based characters don't mesh well with their environments and could definitely use a few more frames of animation during combat. You'll also run into the where-the-hell's-the-exit problem occasionally encountered in Final Fantasy VII, in which it was sometimes hard to discern a path through the background clutter.

All in all, SaGa Frontier is a solid, if not exactly stellar, RPG that'll certainly keep you busy for a while - or at least until you tire of its occasional lack of focus. With more-engrossing role-playing titles like Breath of Fire III on the way, however, you can certainly live without this latest from Square, or at least keep it and its seven quests as standby mini-RPGs between the major releases. 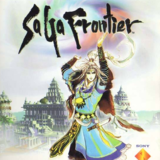 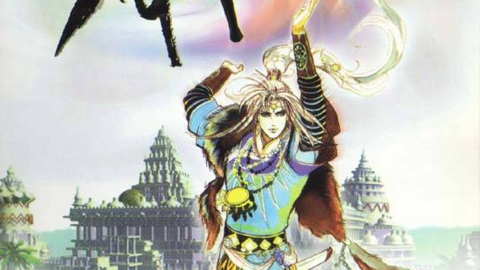 SaGa Frontier is a solid, if not exactly stellar, RPG.