Sable is a relaxing adventure with a satisfying focus on exploration and player freedom.

The titular Sable is part of a nomadic tribe known as the Ibexii. Like every child who comes of age on the planet of Midden, Sable must leave her clan behind and embark on a rite of passage called The Gliding. This involves venturing out into the wider world on a pilgrimage to learn more about themselves, the land they inhabit, and the people that populate Midden's sun-scorched sand dunes. Like those before her, Sable is bestowed a hoverbike and a Gliding Stone before leaving, the latter of which allows her to float through the air using an energy bubble born from ancient technology. With this, the stage is set for an open-world adventure that's equal parts relaxing and engrossing.

At its core, Sable is a game about exploration, with its mechanics and overall design all feeding into this central philosophy. Upon departing the Ibexii camp for the first time, you're free to straddle your hoverbike and venture off towards any of the four corners of Sable's vast but manageably-sized map. There are quests to complete along the way that maintain some semblance of order, but this is a freeform open-world game that disregards the genre's traditional objective structure. Generally, your compass will point you in the vague direction of your current quest, while at other times you'll be given directions that encourage you to discover locations for yourself. You can set your own waypoints by using the map or by finding a vantage point and using the Navigator to mark potential points of interest, and all of these are displayed on the compass that encircles your hoverbike. Crucially, you never have to stare at a mini-map or a big objective marker as you skim inches above the sand, and this keeps your eyes planted firmly on what's in front of you.

If you're heading towards a particular location with your eyes on the horizon, you're likely to spot other distractions along the way, whether it's a plume of smoke billowing into the sky and hinting at signs of life or the battered husk of a crashed spaceship. This kind of organic discovery is often found lacking in open-world games that rely on pre-existing points of interest and maps scattered with markers, and it sets Sable apart as you chart the world yourself by venturing towards whatever catches your eye. Midden is a fascinating world to uncover, too, with small pockets of civilization nestled in between the serene desolation of its sprawling desert. There are dilapidated temples engulfed by sand, a graveyard full of gargantuan animal bones, and an eerie forest shrouded in perpetual darkness--to name just a few of the sights you'll come across throughout your travels.

Sable's striking and distinctive visual design is a significant contributor to this wondrous sense of discovery, painting the landscape with clean black lines that accentuate details where they matter, letting those that don't fade into the background as the linework loosens up. Its cel-shaded art style is inspired by the late French artist Jean Giraud, and each frame looks like it could've been lifted from one of the science-fiction comic books he illustrated under the Moebius pseudonym. There's a day/night cycle that substantially alters the mood, as the vibrant and warm colors of a sweltering afternoon are gradually drained out and replaced by the muted blues and oranges of midnight. You only need to glance at a couple of screenshots to see how gorgeous it looks, and it's even better in motion. Sable's stop motion-esque animation is evocative of both animated movies and one of those old flipbooks, capturing the spirit of childhood adventure.

Breath of the Wild is another inspiration that permeates throughout Sable, from its focus on exploration to the way you traverse the world. Almost every surface is scalable; the only thing regulating how far you can climb is a stylized stamina meter that floats around your head. This freedom liberates you to explore until your body isn't physically able to, with Sable's primary challenge revolving around finding the most efficient route to scale each obstacle. With the Gliding Stone in tow, you're also able to soar across chasms and weave past jagged outcroppings and ancient structures. Platforming can be a tad finicky at times--whether it's because the camera is blocked or because it takes Sable more than a few attempts to attach to a specific surface--but for the most part, this free-climbing adds an engaging and satisfying challenge to a game without any combat or fail states.

There's also some light puzzle-solving involved that'll have you rerouting power to create platforms and rotating enormous relics to access locked tombs. None of this is particularly taxing, and some of the puzzles are rather bland, but they're generally quite short and do offer worthwhile rewards. You can always ignore these detours completely, of course, since Sable's quest design adheres to the same ethos as its traversal, giving you the flexibility to approach it however you want. There's a loose end goal to aim for, but how and when you reach that point is entirely up to you.

Part of The Gliding and its coming-of-age journey is all about discovering who you want to be when you finally return to your tribe. Masks are a part of everyday life in Midden, with each one representing a different profession that comes with its own cultural meanings and source of pride. By completing various quests, impressing people, or helping them out of sticky situations, you'll gradually earn badges relating to these vocations. Playing hide and seek with a group of kids, for example, will earn you an entertainer badge, while trading with merchants will net you a merchant badge. Once you own three of one particular type of badge, you can visit one of the mysterious Mask Casters and they'll craft them into a mask. The game ends once you've returned to the Ibexii tribe with one or more of these masks, whether you've crafted a single one or the entire collection.

Some of the quests adopt the rote "collect x amount of y" template, but at least gathering these materials is more interesting than usual since the game leans on its strong sense of exploration. Other quests are more elaborate, yet the strength of Sable's quests lies in their cohesion and propensity to flow into one another. You might be asked to deliver three bugs to a town in the north, only to become entangled in an investigation to find out who stole the town's power generator once you get there. From there, your quest log is likely to expand, and since there's no binary distinction between "primary" quests and "side" quests, it all feels important.

The writing is a strong point, too, namely because it's relatively understated. These characters are just regular people going about their lives, and this is reflected in their personable dialogue. Conversations are warm and oftentimes funny, while Sable's inner voice sees the world through a kind and descriptive lens that breathes life into the perpetually masked. The presence of dialogue choices also gives you an opportunity to tailor her personality in small but poignant ways. This might take the form of reassuring one of the Ibexii children, who's scared of losing you to the wider world, or proclaiming that you've never felt freer when meeting a fellow adventurer.

Unfortunately, Sable isn't without its faults. These are mostly technical or related to the UI, such as the fact that it's impossible to keep track of merchants. There is a fast travel system, so you can at least dart between different settlements at the click of a finger, but finding the right vendor feels like an unnecessary chore at times. When it comes to technical issues, performance is the main culprit. On the PC version, slowdown and stuttering are frequent nuisances throughout, especially when cruising the open world on your hoverbike. Developer Shedworks says it's working on a patch that should be available in a few weeks, so there is at least a silver lining.

Bounding over sand dunes on the hoverbike is a joyous experience despite these distractions. Getting back on it after dismounting can be needlessly time-consuming, however. You can recall the bike as though it were a horse, but rather than teleport wherever you're not looking, it has to physically make its way towards you. Sometimes it simply doesn't show up, while other times you'll find it snagged on a piece of geometry. It's easy enough to find using the compass, but having to fetch the bike yourself presents a hassle where there shouldn't be one.

Sable is a little rough around the edges, then, yet these shortcomings are far outweighed by its numerous strengths. This is a relaxing adventure that's both familiar and quite unlike anything else. It gives you the freedom to approach things at your own pace--in your own way--while managing to dispel any notions of aimlessness. Even if you don't have a particular objective in mind, you're guaranteed to discover new sights and sounds by hopping on your hoverbike and simply exploring. It's the antithesis to most open-world design, where the onus is on getting you to the next point of interest as soon as possible, and so it stands out even if you remove its beautiful art style from the equation. Sable is methodical, introspective, comforting, and fully deserving of your time.

Back To Top
9
Superb
About GameSpot Reviews 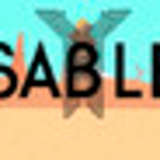 Richard ended his Gliding after 10 hours, crafting four masks in the process. Review code was provided by the publisher. 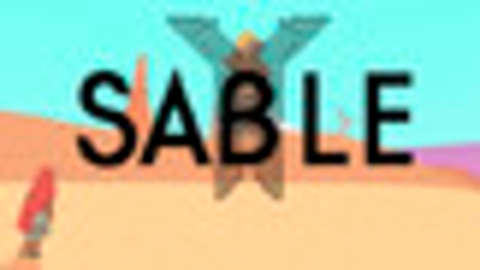