Tides of Destiny makes several good changes to the Rune Factory formula, making for a fun adventure in fantasy farming.

Rune Factory: Tides of Destiny starts with a battle. That may be surprising for a series that bills itself as a fantasy farming simulation (a spin-off of the popular Harvest Moon franchise), but it sets the tone for a game that maintains everything fans love about the series while embracing more of its action role-playing trappings. The result is still a game that blends farming, monster taming, and simple dungeon crawling, but one with more emphasis on the latter. It's still simple, often slow-paced, and potentially monotonous, filled with systems that will turn impatient players away, but Tides of Destiny deviates from the formula just enough that it feels like a solid new entry in the series, rather than a simple repackaging of old ideas.

The main story puts you in the shoes of Aden, who lives on the island of Fenith with his best friend and potential love interest, Sonja. The two find themselves mysteriously transported to an entirely different and unfamiliar Fenith, with the catch being that Sonja's soul is now trapped inside Aden's body. Sonja can speak and be heard by anybody nearby (which doesn't faze citizens of Fenith nearly as much as you would think), but she is essentially along for the ride for however long it takes you to get her body back. Thus begins a surprisingly long story setup for a plot that has some potential but is ultimately not very interesting or involving. It does its job of giving you a goal to work toward outside of personal wealth or happiness, but little more. At least it's a step up from the typical story of a boy with amnesia.

During each game day you have a lot of options for what you want to do with your time. You can talk to neighbors to become better friends with them, fish, cook, craft items or accessories, check the request board for tasks (most of which are simple fetch quests, but they reward you with items and recipes), or leave the island to explore. There's a lot of variety in what you can do, except many of these actions revolve around a simple timing-based minigame to determine success. You are presented with a bar that has good areas and bad areas, and you want to hit the action button when your icon is over a good area. Everything you can craft or catch has a level associated with it, and you can level up your skills in each category to make the task easier and to allow for more crafting options. These actions also deplete your rune points meter, which serves as your energy. If it runs out, you will pass out and potentially catch a cold, so don't try to do too much in one day.

For all it lacks, the story does provide an interesting setting. Your island home is small and consists entirely of shops and houses--you don't even have room for any farming. For real adventure you need to journey across the ocean on a massive golem that obeys your every whim. The golem can raise long-lost islands from the depths, giving you new areas to explore and new monsters to either fight or tame. When fighting, you have a lot of options as to what weapon you are going to use, including dual swords, katanas, and hammers. Each weapon type functions a little differently (for example, dual swords attack quickly but in very close range, while spears give you a little breathing room), but you don't have much incentive to switch between them. Since you level up your skill with different weapon types the more you use them, you are encouraged to pick one type and stick with it, with the exception being that you may want a little proficiency in a backup weapon for some enemies or bosses.

Combat itself is extremely simplistic but can still be addictive. With few exceptions you mash on the attack button to cut enemies down as you explore dungeons, sometimes backing away to replenish health or RP. Occasionally, your golem gets into a brawl with a giant monster while exploring the ocean, but these fights are not as exciting as you would hope. You also have the option to tame monsters by brushing them gently as they try to murder you. Once tamed, up to three monsters can accompany you in battle or stay behind in your monster barn, conveniently located in your golem's torso. Some monsters provide items regularly, such as milk or eggs, but most of them are used for farming.

It's on four of the game's islands that all your farming takes place. Time in Rune Factory goes by in seasons, and traditionally you have to keep in mind what season it is while deciding what to plant. Not so in Tides of Destiny. The entire element of farming crops has been extremely simplified. Each of the four islands you can farm on is locked into a single season (Spring Island, Winter Island, and so on), taking away the time-sensitive element of growing and harvesting. Certain monsters grow certain crops, so you want to place them on appropriate islands to reap their rewards. The act of planting crops couldn't be simpler--you literally wave a magic wand over the soil and plant life sprouts forth. No need to till the soil or even water the plants. Monsters can take care of everything, including harvesting. You may bemoan the lack of complete control, and to be fair, it's a shame you can't easily choose which crops you want to grow where. But by simplifying these systems Tides of Destiny frees up a ton of your time for things like dungeon crawling.

There are a lot of welcome improvements that make the game better than many of its predecessors, such as a shrine that can tell you what each villager likes to receive as gifts (so you're not forced to give random items until you find success) and a teleport feature that can warp you home at no cost, eliminating a lot of needless travel time. Unfortunately, there are still some aspects that could have been improved, but instead hold the game back. For example, the villagers you can befriend are nice and varied, with distinct (if one-dimensional) personalities, but their interactions are sometimes bland, and their dialogue is often repeated. And for as great as the request board is at giving you small quests to accomplish and telling you where to go next in the plot, it's frustrating that it doesn't let you accept more than one quest at a time, which would speed things up tremendously. It feels as if the opportunity were there for the series to make a substantial leap forward, but it takes a few small (but significant) steps instead.

Camera control is limited to one button that moves the camera behind your character's back. This makes sense for a game that is played with the Wii Remote and PlayStation Move, but the PlayStation 3 version also lets you play with the standard controller. It's a shame you don't have access to more camera movement this way, because the standard controls are otherwise perfectly fine. Tides of Destiny has a nice visual style, but the simple, cartoonish look won't inspire you to seek a more scenic view of any vistas.

Tides of Destiny finally catches up with the main Harvest Moon series by offering the choice to play as either a male or female, but the option is locked away until you finish the main story, which takes dozens of hours at the very least. Technically you do play as both Aden and Sonja, but Aden and his body take center stage, so for all intents and purposes you are a male for most of the game. Another thing that's locked away until after the story is marriage. Like the inability to choose gender, this makes sense in the context of the plot (would you really want to go out with someone while your best friend of the opposite sex shares your body?), but it still may turn some people off.

Taken separately, none of the elements of Tides of Destiny are especially brilliant. But when you find the right balance of socializing, farming, crafting, and dungeon crawling, you may very well find yourself drawn in. Before long you'll realize 50 hours have gone by and you haven't even reached winter of the first year. You don't need any prior experience with Harvest Moon or Rune Factory to enjoy Tides of Destiny--the gameplay systems are simple and easy to learn, and there are no story hooks that make knowledge of earlier games a requirement. It won't change your mind if you already dislike the series, but it should keep fans happy and should appeal to newcomers who want a more laid-back adventure. 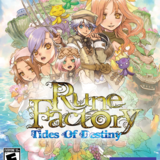 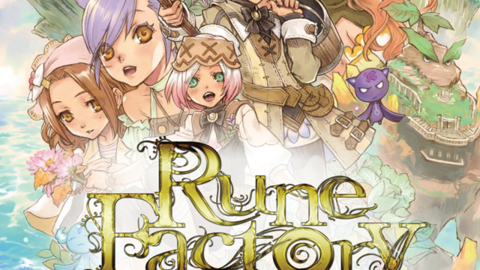 Rune Factory: Tides of Destiny features a vast region to explore with a wonderful cast of characters and a huge variety of activities to enjoy.

8.2
Sign In to rate Rune Factory: Tides of Destiny

Everyone 10+
Fantasy Violence, Mild Suggestive Themes, Use of Alcohol