Rule of Rose trades zombies for a pack of sadistic children, but its compelling premise and creepy atmosphere only partly make up for the mostly bland gameplay.

If you think you had a rough childhood, just wait until you delve into the messed-up world of Rule of Rose. This is a survival horror game in the same vein as Resident Evil and especially Silent Hill, since the game's tone is more disturbing and unsettling than conventionally scary. This game has got a great sense of style, like some kind of freakish fairy tale or campfire ghost story. There's just one problem: Rule of Rose isn't much fun to play. You'll wind up spending an inordinate amount of time blindly wandering through identical-looking corridors, rather than uncovering the game's intriguing plot or interacting with its strange characters.

Rule of Rose is set during the 1930s and tells the story of Jennifer, a young English woman--or, rather, a "timid, unlucky girl," as the game likes to call her. At the beginning, she gets off a bus to find herself at a dilapidated old orphanage. Children with bags over their heads can be seen skulking around, hitting things with sticks. It only gets stranger when Jennifer begins exploring the orphanage, for lack of anywhere else to go. She later awakens in what seems to be a gigantic airship of some sort and encounters a group of girls calling themselves the Aristocrats of the Red Crayon. She's drawn into this little secret society of theirs, with the help of a trusty dog named Brown, whom she rescues from cruel captivity. The game unfolds as a series of self-contained chapters, which all seem rather disjointed. Nothing seems to make sense, especially as Jennifer starts encountering more and more childlike enemies, but you start to get the impression that all these incidents represent episodes from Jennifer's own past. The story is purposely obscure, and though it offers little in the way of character development, there's enough interesting and provocative imagery to draw you in.

The gameplay itself simply involves making Jennifer run around collecting things, avoiding enemies, and occasionally solving puzzles. When you've got Brown the dog with you, which is most of the time, you can use him to help lead you around. Specifically, you can order the mutt to track the scent of items in your inventory, which will lead you to related items. This takes most of the guesswork out of figuring out where to go next, but that's definitely a good thing, since stumbling around through this game's environments quickly gets tedious. Even when enemies are lurking around, it tends to be fairly easy to run past them, but since so many environments look alike, you'll invariably find yourself going in circles. You do have access to maps of the different areas (once you find them), but the maps are drawn in fine print, and it's a chore to have to refer back to them constantly.

There's not much combat in Rule of Rose, but it's an important part of the game since you'll have to fight your way out of a number of situations, including several confrontations that serve as run-of-the-mill boss fights. Unfortunately, this aspect of the game isn't any better than the exploration. Since Jennifer is so "timid," she's not a competent fighter, and she'll stand there barely swinging whatever knife or other weapon you've equipped her with. Brown can be moderately useful for distracting some foes, but to defeat them you'll usually need to get really close and hope Jennifer's halfhearted swings hit their mark. Meanwhile, it's hard to tell how much damage Jennifer is taking as she unavoidably gets smacked around, but you can find health-restoring items like lollipops and scones to keep you from getting killed. Still, an unlucky hit to this unlucky girl might quickly take you to a game-over screen, and since save points can seem rather infrequent in Rule of Rose, having to play through lengthy stretches of this game multiple times can be frustrating.

The story, not the gameplay itself, is what will compel you to keep going, but the story might not have what it takes to get you through some of the game's more confusing or tougher stretches. Most of the game takes place within the same few areas you'll backtrack through over and over, though Rule of Rose covers this up reasonably well by putting you up against slightly different enemies or in different circumstances.

It also helps that the game has a good look to it, complete with a grainy film effect that helps set the creepy tone. You'll mostly be seeing Jennifer and Brown, who look realistic enough when they're running around and make a nice contrast to some of the bizarre, ghoulish foes they'll encounter. These include goat-headed and pig-headed things, as well as what look like kids wearing fish heads, with legs bound, who are forced to flop around on the floor. Rule of Rose also features some great-looking cinematic cutscenes that depict some of the Aristocrats' strange rituals, like tying people up in burlap sacks and then, one by one, dropping all kinds of nasty insects and things into a hole in the top. Of note, the game's manual is very nicely done, like a disturbed little girl's coloring book.

The game's 1930s time period is most prominent through a soundtrack that's filled with string music, which bursts into screeching violins. It's moody and effective, especially when enemies are afoot, though at times when you're just trying to figure out where to go, it gets to be repetitive and then grating. There's little in the way of voice acting, and the sound effects are generally good but not remarkable.

You get the impression as you play through Rule of Rose that there's just no way that the story's going to get all tidied up in the end. At least it'll get you thinking, but you'll have to slog through a lot of rather tedious, by-the-numbers survival-horror-style exploration to reach the game's endings. Rule of Rose earns points for broaching some subject matter that's fairly bold for gaming, and while a game with such an unsettling subject shouldn't necessarily be fun in the purest sense, it also shouldn't be boring. 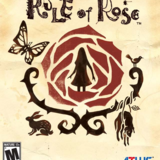