Limited licences, stripped features, and disappointing presentation make Rugby World Cup 2011 disappointing to even the most ardent fans of the sport.

AU REVIEW--Every now and then, Rugby fans crawl onto the rooftops and howl into the darkness, lamenting the lack of video games to suit their sporting preference. Darts fans have PDC World Championship Darts, football (soccer) fans have the annual choice of FIFA or the Pro Evolution series, but Rugby fans are left scuffing their boots and playing the releases of yesteryear. Rugby '08 for the PlayStation 2 marked the sport's last major outing, and while RWC '11 is the sport's debut on current-generation consoles, it's a poor game whose hopeful swan dive towards the goal line lands well short--face first in the grass.

This is the gaming equivalent of Swiss cheese. While bearing the official Rugby World Cup 2011 logo on the box and emblazoned across menus, in tandem with the iconic "World in Union" tune, in reality only around half of the international teams taking part in the quadrennial tournament are officially represented in the game. Australia and New Zealand, the world's top two sides, the latter of which is also this year's host nation, are present--but not in any authorised capacity. There are no Tri-Nations, Six Nations, or Sevens World Series tournaments to be found, and where developer HB Studios' Rugby '08 allowed you to relive more than two dozen classic World Cup scenarios, in its place is now a forgettable goal-kicking mode.

Regardless of which of the handful of game modes you decide to take on, you'll fall victim to the inconsistent artificial intelligence. At the easiest settings, you can run straight through gaping holes left in the opposition's defensive line, run parallel to the other team without them taking the initiative to tackle, and watch as they forget what they were doing and give up chases early. The AI scales in difficulty as the tournament progresses, and teams do summon some enthusiasm on the way to the grand final, but expect a mostly unimpeded run for the silverware. At the easy and medium difficulty settings, rivals don't put up much of a fight, but cranking it up to hard provides significantly more challenge. At this highest setting, opposition players rush and lunge at you from a distance like over-caffeinated super cats as you attempt to clear from the ruck, and smother you before you can offload the ball after winning a line-out. Even when grossly outnumbered, the AI never attempts to hold you up in goal as you crash over the line. Fullbacks can be danced around with a late change in direction, and, once you've broken through, the opposition team follows you around like a pack of stray dogs chasing cars made out of steak.

Controls are overly complex and poorly handled, with shoulder buttons responsible for left and right passes, and differing functions depending on whether you're attacking or defending. Regardless of whether you're running the ball or protecting your turf, once a player has been tackled, you need to quickly tap either the A or the X button to fill a power meter, with the fastest fingers to do so gaining possession. The offensive team receives an advantage retaining the ball, but the mashing mini-game can take a moment to begin, and is mapped to the same face buttons used for offloading passes, kicking, and intensifying tackles in defence. The result is spilt possession, accidental kicks at inopportune moments, and the risk of drawing penalties for overzealous rough play.

With the exception of loading screen reminders and a multi-page button diagram in the options menu, controls are poorly explained, and there's no tutorial here to get new players up to speed with what to press and when. If you're considering picking up Rugby World Cup 2011, you probably have at least a passing interest in the sport. Non-sport followers will have a tougher time, since there's no explanation of some of the more esoteric rules, and video replays of penalties are seldom available. When to hook in scrums is never demystified, field goals become an exercise in trial and error, and line-outs are a guessing game as you roll the dice on intercepting either a short-, mid-, or long-range throw. Basic tutorials would have made the experience much simpler to get to grips with--but are alas, missing.

Last year's 2010 FIFA World Cup South Africa proved that offering a game built around a single event doesn't need to come at the sacrifice of innovation. Like FIFA's World Cup edition, Rugby World Cup 2011 forgoes domestic club teams to focus on international squads. This could be forgiven if its narrow appeal had managed to represent the bulk of the national sides faithfully alongside compelling gameplay in a range of modes, but this is not the case. Many of the 20 teams included are comprised of fictitious players, and once you've exhausted the short Full Tournament mode and taken your chosen team to victory, triumphantly raising the cup for a few poorly animated moments, there's only one-off and a series of friendly matches to take on. The International Tournament and Warm-Up Tour modes allow you to pick a side and take part in one-off matches, or two-, four-, or six-game competitions sewn together.

The International Tournament mode allows you to simulate matches, but fans hoping for some form of team management game will be sorely disappointed. Player details like height and preferred position can be altered sparingly, and characters can be manually renamed for those with the time and inclination to correct the details that have been omitted due to licensing. There's no option to adjust player appearance or attribute points. Character models show some realistic-looking muscle definition, but faces appear rubbery. Fortunately, camera angles frequently focus on the back of players' heads rather than on their bizarre mugs, even when the game reels off commentary lines such as "look at the disappointment on his face!" Character animations are reasonable, and small flourishes, like individual warm-up routines as players take to the field, stretching before matches, and smooth follow-through on conversion kicks and crunching spear tackles help add to the realism. A small amount of audio commentary is available from real sports commentators, but it isn't always in sync with happenings on the field, and begins to feel recycled after only a few games. Crowd support hovers at a polite but disinterested sound bite, but jumps to its feet anytime you break through the line, only to return to a murmuring lull when you're brought down in a tackle.

Rugby is a game of ground gain as much as possession, and Rugby World Cup 2011 does a good job of emulating the ebb and flow of the pace of the sport; slowing down the feed to regroup, kicking for touch, or selecting a play using the right stick. However, the tactical elements at your disposal are limited. Four set plays can be mapped to the up, down, left, and right directions on the right analog stick, from a total of eight, and include the Cross Kick, Dummy Switch, Loop, Miss, Pivot, and Pocket, but even veterans will struggle with which one to use, and the correct situation to do so, since the only explanation is a series of complicated animated diagrams buried deep inside the menus.

While single-player is an exercise in frustration at the hands of inept or jacked-up AI, multiplayer is the most enjoyable way to play. The game supports four players locally, and two players on the same console online. Online play is as functional and lacklustre as the single-player component of the game. It's still early days for the game's community, but it was a struggle to find matches online. Games, when found, ran well with minimal lag. The barebones theme carries over to internet play, with Quick Match pairing you with an anonymous online player. There's no voice chat, text communication, or settings selection beyond choosing your team. Rematch options aren't present once the game ends, forcing you back to the search screen. Custom matches are supported, and allow you to invite and play against a buddy on your friends list.

Rugby World Cup 2011 feels like a game rushed out the door to cash in on the popularity of its real-world namesake event. Broken AI and a limited number of single-player modes make this an irritating and short-lived affair with little replay value. While some fun can be had in local and online multiplayer, there are concerns about its long-term community support and the potential for finding competition. This is poor game that is hard to justify to even the most ardent of football fans who are willing to overlook its numerous flaws.

View Comments (0)
Back To Top
4.5
Poor
About GameSpot Reviews 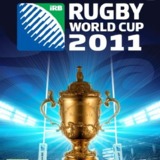 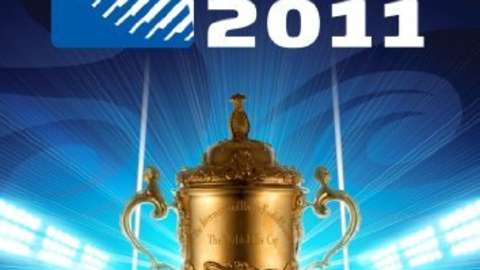 Experience the action and excitement of Rugby World Cup 2011, the first rugby game on the Xbox 360 and the PlayStation 3.