Rugby League Live's poor controls and lack of gameplay modes make it more of a dropped ball than a great try.

AU REVIEW--PlayStation 3 and Xbox 360 owners have had to wait a long time for their first taste of league action, with Rugby League Live the first game version of the hard-hitting sport to land on Sony and Microsoft's current-generation consoles. Unfortunately, the wait has not been worthwhile. Rugby League Live gets some aspects of the sport right but botches many others, and the lack of genre-standard modes and options makes the entire package feel like a bare-bones affair. Like an all-in brawl at an Under 15s match, Rugby League Live is more miss than hit, and it's a disappointing virtual representation of one of the world's most bruising sports.

The foundation for any strong sports game is tight controls, and Rugby League Live knocks on here in emphatic fashion, particularly when it comes to defence. On the plus side, the passing game feels solid; passing left or right using the shoulder buttons is quite responsive, and throwing cut-out passes can be easily done, thanks to that fact that you can directly throw to wider attacking players who are automatically assigned one of three face buttons. Rugby League Live is at its most fun when you're on attack as you pass the ball around trying to find holes in your opponent's line. You can also try to bust through defenses using fends, shoulder charges, sidesteps, or dummies. These tactics require good timing and a fair bit of anticipation, making a successful fend or a bought dummy quite rewarding when you do manage to pull one off.

While attack can provide some exciting moments, switching over to defense exposes the game's biggest failings. Guiding players in for tackles is frustrating at most times, thanks to imprecise controls that make it feel like you're navigating floaty ice skaters as opposed to barrel-chested rugby league players. You press a button to tackle (either a normal or powerful hit), but accurately moving your chosen player to the ball carrier in the first place is a big chore. You find yourself harmlessly running past players instead of directly at them, and this situation is made even worse by Rugby League Live's unreliable and unresponsive player switching controls. Pressing the button to switch to the player closest to the ball often does no such thing; instead, it picks someone away from the ball carrier or, worse still, doesn't switch at all.

You inevitably have plenty of tries scored against you because of Rugby League Live's sloppy controls, making it an unrewarding experience when playing solo against the AI. At the easiest difficulty setting, the game is a pushover, with your computer opponents regularly dropping balls, missing tackles, and generally giving you plenty of holes to run through. At medium and hard levels, the AI gets the uncanny ability to break through multiple tackles, offload balls at will, and pressure your ball carriers with bone-crunching tackles. This level of challenge wouldn't normally be a negative, but when you're constantly fighting with the controls, you'll feel the AI has an unfair advantage in most matches.

Things don't get much better when it comes to gameplay modes, with Rugby League Live's list of play options looking positively bare compared to most other sports games. Offline, you can play quick matches or one full season, and that's it. There's no option to play through multiple seasons and no franchise mode; there isn't even a practice or training mode for newcomers to the sport. The game does feature the ability to create custom players, teams, and seasons, but these are similarly stripped back. You have a few preset looks to choose from when creating a player, and their stats and abilities don't improve once they're on the field. As for teams, you choose a logo and a team uniform. But if you wanted to edit existing real-life teams (to transfer players, for example), you're out of luck because the game locks you out of making any changes from any of its rosters. As for multiplayer, Rugby League Live supports up to four people in offline and online multiplayer. Offline can be engaging in short bursts with a group of sports fans, while online matches generally ran smoothly during testing (although finding opponents online proved to be challenging).

The list of teams and leagues featured in the game initially looks impressive, but it is pretty light compared to another recent league game released earlier this year, Rugby League 3 for the Wii. While you can play as teams from Australia's NRL and State of Origin series, the UK's Super League, or national sides in the World Cup or Four Nations competitions, it's far fewer than the 80 different teams you could choose from in Rugby League 3.

Like a battle-weary league player who's taken too many head-high hits, Rugby League Live isn't a pretty game to look at. The game features plenty of low-quality player models, muddy textures, and downright clunky animations. The players all look to be made from only a few preset character models (all tree-trunk thighs and no necks), while their likenesses to their real-world counterparts are often tough to spot. There are more than 30 real stadiums re-created in Rugby League Live, but the crowds within them are a flat, 2D blurs. Of the two consoles, the Xbox 360 version comes out looking sharper, thanks to better antialiasing, but neither really impresses. In-game commentary is provided by Australian Channel Nine broadcaster Andrew Voss, and while he does a generally good job of conveying excitement, you'll hear the same phrases repeated ad nauseam, often numerous times within one match.

Dodgy commentary, last-gen graphics, and a lack of modes in a sports game can be overlooked when the gameplay is tight, but Rugby League Live falls short on all fronts. The fun you'll have here will quickly be overpowered by the frustrations springing from its weak defensive controls, and a lack of modes means the game features little long-term replayability. PlayStation 3 and Xbox 360 fans have waited a long time for a good rugby league game to come along, and unfortunately, that wait isn't over yet. 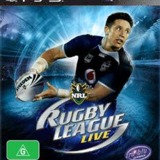 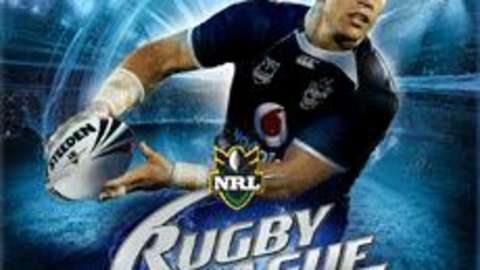 Rugby League Live allows players to play as their favorite licensed team from the NRL.