When I was losing hours to Roll7's latest side-scrolling skateboard platformer, OlliOlli World, I never said to myself, "I wonder what this would be like if my skater had a gun." Roll7 obviously did, though, and the result is Rollerdrome. Though it makes departures from the skating games that Roll7 is known for, Rollerdrome nails what's most important about them: it's an easy game to play that makes you feel awesome while you're playing it.

Rollerdrome is similar to Roll7's other titles in that it's a single-player skating game that emphasizes performing tricks, but this isn't just an OlliOlli game with guns. Rollerdrome eschews the side-scrolling nature of Roll7's famous platformer series for fully 3D skate park-like arenas; as you skate through a single area, you must utilize walls and ramps to loop yourself around and to perform tricks. Populating this arena are enemies that spawn in various locations, meaning that while you're doing manuals and flips, you also have to take down the bat-wielding melee fighters and distant snipers who want you dead.

Also differentiating Rollerdrome from OlliOlli is the fact that the former is not a skateboarding game, but rather, a rollerskating game, set in the future as imagined through the lens of the 1970s. Rollerdrome draws heavily from the sport of roller derby, while also taking inspiration from the 1975 James Caan movie Roller Ball, which was about a near-future bloodsport run by a corporation with nefarious intentions. That's pretty much what's going on in Rollerdrome, too.

The focus in Rollerdrome is on the competition, which sees your lone skater enter an arena where they have to clear out several waves of "house players" who have a smattering of weapons of their own. Your goal is to clear out all the house players as quickly as you can, but the enemies all have different guns and quirks for how you have to deal with them. You start the game with a pair of pistols and slowly unlock more guns through the course of Rollerdrome's short campaign, up to a total of four. All the guns are fairly effective in every situation, but each one has situational advantages. The low-damage pistols are good for staggering an enemy or finishing someone off; the slow shotgun can fire well-timed "slug" rounds that do one big hit of damage; the grenade launcher can hit multiple enemies, but is tough to keep stocked with ammo; and the rail gun can hit enemies from great distances, but only if your aim is precise.

The combat portion of the game is smartly designed to make you feel cool as you make lots of tactical decisions, without requiring much in the way of twitch reflexes or intense shooter skills. The focus is on maintaining momentum and planning your moves through the arena, so skating and aiming are both handled automatically--you only have to steer, and as long as you're close enough to your foe, your bullets will hit them. You can also slow down time for a brief period by holding down a shoulder button, which allows you a little more precision in your targeting, without disrupting the fluidity of your skating.

Much more important is picking the right gun for the job. Enemies with riot shields are best stunned with the grenade launcher and mopped up with the shotgun, for instance, while the constant barrage of bullets from your pistols can do a lot of damage to teleporting enemies before they have a chance to escape. The rail gun can quickly take out the jetpacks of airborne enemies before they can get the upper hand on you, and the best way to deal with more fortified foes who fire rockets is to shoot their projectiles and then follow up with your fastest guns. Rollerdrome does an excellent job of making all these options easy to execute, and the time-slowing focus ability gives you plenty of opportunities to assess a situation, pick the right weapon, and land your shot before you hit the next ramp or start another grind.

As the game progresses, the situations you find yourself in get excitingly hectic. You'll be under assault from big batches of house players who shoot back at you, and their aim is just as good as yours. You have a dodge ability that briefly makes you invincible to help keep yourself alive, and if you time it correctly, it'll give you bonus damage on your shots. You also gain health from enemies you kill, but you have to be close enough to collect it. Fighting in Rollerdrome, then, is all about constant planning--where you're headed next, which targets you want to prioritize, how to move through the arena to keep yourself alive, and which weapons to use for each situation as it comes up. It gives Rollerdrome an aggressive, cerebral aspect that pairs perfectly with its fast-paced action; you're a top-tier competitor because you're not only great at skating through the arena, but also constantly analyzing it.

Where Rollerdrome really excels is in mixing all these combat ideas with the skating action that Roll7 is known for. The underlying premise is that each arena is something like a Tony Hawk's Pro Skater level, and whenever you're not shooting enemies, you're trying to do sick tricks. These two elements of the game can feel at odds with each other--why are you stopping to do backflips when people are shooting laser death rays at you?--but the game brilliantly combines its trick-based skating gameplay with its shooter combat. You have limited ammo for your weapons, and all your guns share the same ammo pool, so if you go ham with your pistols, you won't have any grenade launcher shells waiting when the magazines are empty. The only way to restore your ammo is by doing tricks, and the cooler the trick, the more ammo you're rewarded with by the Rollerdrome judges. The ammo system makes the skating mechanics an essential part of the shooting mechanics, and coupled with other useful additions like the time-slowing focus system, it never feels like the tricks are an impediment to the shooting; instead, they're the secret ingredient that helps Rollerdrome stand apart from other shooters.

The ammo system adds another wrinkle to the focus on planning: In order to keep killing enemies, you have to do killer tricks. So you're not only making your way through the arena to take down priority targets while dodging incoming fire and keeping yourself alive, you're also sizing up where the ramps are, or whether a grind rail will take you past your intended targets, or where you can do a wall ride up to a better vantage point to fire off a grenade.

It's an intelligent combination of systems that mixes two very different kinds of play together to make a game that works much better than you might think it should. Doing flips over the heads of enemies, slowing down time, and blasting them before they can react is awesome every single time. Quickly dodging a sniper round, only to follow up with a powerful attack of your own, always makes you feel like you have a complete mastery of the Rollerdrome arena. And a focus on ever-present momentum gives the game a kineticism that means the action never stops--messing up a jump or blowing a grind just means your character automatically does a somersault back to their feet to keep moving. You never have to stop to think about little things that will distract you from the much more engaging problems of how to pull off your next trick or take down your next opponent.

If there's a drawback to Rollerdrome, it's that it naturally hits a skill plateau that's tough to move past. Like OlliOlli and Tony Hawk, Rollerdrome puts a big premium on racking up the most points you can, and smartly combines the shooting and trick mechanics to make them essential for climbing its online leaderboards; tricks score you points, but killing enemies creates combos and drives multipliers, so you need to be doing both in tandem to really put up numbers. Trick controls are generally simple and easy to do under pressure; grabs are executed by pushing a direction on the control stick while pressing a face button, and more elaborate tricks take an extra movement swipe or two to pull off. The speed needed to execute those tougher tricks results in them not being particularly reliable, though, so I found I rarely was able to work in the more involved items of the "tricktionary," especially at the height of intensity in a match.

So, once I started getting good at Rollerdrome, I felt like I couldn't really get much better. Keeping combos going and killing enemies to raise your multipliers is a huge part of earning a high score, but I got a little tired of pulling the same five or 10 tricks over and over, and could never seem to get the tougher ones to activate when I actually wanted them to.

Rollerdrome also contains an initially engaging first-person narrative component that winds up being disappointingly inconsequential. You play a new competitor on the Rollerdrome circuit trying to make a name for yourself among the stars of the sport. Matterhorn, the corporation behind Rollerdrome, is using the sport's popularity to consolidate its power, lobbying the government to take control of the country's police forces while protestors push back against its influence. Rivalries between players, political machinations, and conspiracies playing in the background are all revealed by news reports, notes, and clues you find in the locations you visit, such as the locker room before a match or a TV studio while you await an interview. The little tidbits flesh out the world, and you even have a few small choices to make along the way.

Unfortunately, though, those choices and the story don't amount to much, other than a little bit of color added to your deathmatch play. Most of the plot is vague impressions implied by items in the environment, like the fact that one competitor is arrested for their ties to an anti-Matterhorn political group, and it all goes about where you'd expect. You can make some minor choices about where you might stand on the political situation, but those choices don't seem to affect anything--either way, you fight to become the new Rollerdrome champion, and when you manage to do so, you go back to competing in tougher versions of Rollerdrome's matches in the subsequent season. The ideas and presentation of the plot add a lot to the game world in an understated way, like a riptide flowing just beneath Rollerdrome's gameplay, and it's just tantalizing enough to leave you wishing there was more.

Still, Rollerdrome is a blast to play, especially as you get the hang of each of its systems and really start to hit the "flow" state Roll7 is trying to achieve. Revisiting old matches and wiping the floor with house players for 20- or 30-times multipliers is extremely satisfying, and doing backflips over enemies while you blast them with a shotgun always looks and feels incredibly cool. Occasionally, aspects of Rollerdrome can be a little too simple for their own good, but overall, the game is a brilliant melding of systems that don't seem like they should work together, but in practice, combines excellent elements of skaters and shooters to elevate both. 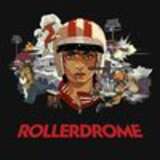 Phil Hornshaw chased high scores and high body counts in Rollerdrome for about 10 hours on PC. Review code was provided by the publisher.