Newcomers will likely find RollerCoaster Tycoon 2 enjoyable, but if you were a fan of the original, you'll probably have a hard time believing that you waited so long for what the sequel has to offer.

Both the best and the worst thing you can say about RollerCoaster Tycoon 2 is that it is nearly identical to its predecessor. It's both a blessing and a curse, because the millions of fans of the original and its two expansion packs will no doubt be happy to receive more of the same park-building fun but crestfallen over how few changes have been made by developer Chris Sawyer. Though newcomers will likely find the sequel enjoyable for the simple, engaging fun that it shares with the original game, if you were already a fan of RollerCoaster Tycoon, you'll probably have a hard time believing that you waited so long for what the sequel has to offer: the same old graphics, the same old rides, and the same old objectives.

For the most part, RollerCoaster Tycoon 2 is more like a stand-alone expansion for the first game than a true sequel. The gameplay is cut from the same cloth as the original and its expansion packs in nearly every way. The 26 huge scenarios feature nothing but fairly ordinary objectives, so while you are almost overwhelmed in terms of how much you can get out of the game itself--each scenario, even the three beginner parks, can take as long as six or seven hours to complete--you're basically doing the same things you did in the first game. In one scenario, you have to earn a monthly income from ride tickets of at least $10,000. In another, you have to repay a bank loan and build your park's value to at least $500,000. And in another scenario, you have to erect 10 different roller coasters, each more than 3,937 feet in length and with excitement ratings of 7.00 or more. And so on. If you've never played RollerCoaster Tycoon before, you may indeed find these objectives enjoyable, even challenging--but if you're a fan of the series, you've seen them before. Fortunately, the developer at least had the foresight to let you play any of the scenarios at any time.

Also, RollerCoaster Tycoon 2 offers a bit more variety in terms of the parks you can build. A number of the game's more challenging scenarios involve theme parks, which gives them a unique character that isn't provided by the traditional objectives. Alpine Adventures, for example, is set on an icy mountain that is more hospitable to skis than roller coasters, while Infernal Views seems to overlook the tourist-trap ring of Dante's Inferno. Also, RollerCoaster Tycoon 2 features the official Six Flags license. You can try your hand at running five official Six Flags parks, including such popular family destinations as Great Adventure and Magic Mountain. These locations can be played as formal scenarios starting with parks that resemble their real-world counterparts or as part of a build mode that lets you put together a park from the ground up.

Unfortunately, most of the original RollerCoaster Tycoon's rides and concession stands have been carried over to the sequel with few additions or alterations. Although the sequel's huge selection of rides and amenities is much bigger than that of any other management game, it's still disappointing to see so few changes. Fans of the original and its expansions will recognize everything but Six Flags roller coaster designs like Colossus and Psyclone, a few new flat rides such as Magic Carpet and Soap Box Derby Racers, and some new amenities like ATM kiosks and theme toilets. Some of the preexisting attractions have seen a little fine-tuning. Coasters, for example, can now feature banked inclines, steeper lifts, and new train types. Lots of scenery has been added. This includes elements of Wild West, giant garden, and pirate themes, along with all sorts of new fences and foliage to better custom-fit your parks.

Play RollerCoaster Tycoon 2 for a while, and you'll find the same absence of innovation in the sequel's gameplay. The interface has been upgraded so you can select attractions by simply scrolling down a screen of icons. Operating a park functions in exactly the same way as before, with the incorporation of some welcome frills like being able to build theme tunnels around rides, stack scenery, and place structures more easily on uneven land. Parks can now be greatly expanded by buying up adjacent land. But in basic play there are no new staff members to be hired, no new streams of income, no new troublemakers, no new ways of cleaning up when the most thrilling coasters cause riders to retch up their cotton candy. There isn't even a default sandbox mode, unless you create one with the new scenario editor.

RollerCoaster Tycoon 2 actually includes two new editing tools as handy accessories to the otherwise same-seeming solo play. The aforementioned scenario editor lets you make your own scenarios from scratch, but this welcome feature is crippled by limits on attraction and scenery options, just six simplistic objectives that are no different from those in the default scenarios, a $10,000 limit on starting cash (though cash can be turned off completely so you can make a sandbox scenario), and the bizarre inability to set up attractions with it. This latter issue forces you to set up the size of your park and objectives in the editor, save your progress, play the scenario until you get the starting rides and concessions just as you want them, save your game again, and then go back to the main menu tools and turn the save game file into a scenario. At this point the scenario editor automatically restarts so you can make adjustments to the starting conditions and resave the scenario. It's a needlessly complex process. The new roller coaster editor is better conceived, as it allows for the free design of coasters without jumping through hoops. You also don't have to worry about cash and other factors that come into play in formal scenarios.

Although the editors are desirable additions, it might have been better if Sawyer had skipped them and addressed the more troublesome aspects of the game. Designing custom rides still requires you to use a cumbersome builder applet that is difficult to manage. This should have been refined here, especially in consideration of the sequel's more complex coasters and larger parks. Managing the game in general is still much more awkward than it should be, in large part due to the fact that it makes you manually deal with terrain features. For example, the game still doesn't always automatically compensate for the problems involved with uneven terrain or the need to make a tunnel. You have to fiddle with minor problems so much that it's often easier to take the path of least resistance by demolishing what you have and looking for a different building location. This is a problem that really should have been addressed in the sequel, especially since the recent Virtual Resort: Spring Break and Sid Meier's SimGolf are easier to use in almost every way.

Those competitors also look better. Although management games are typically developed to run on the older systems of casual computer gamers, RollerCoaster Tycoon 2 takes this to an extreme. The graphics are almost exactly the same as they were in the first game, which is now fast approaching its fourth birthday. Although the engine apparently features some more special effects, such as visitors looking up at roller coasters and additional ride animations, you would never know it. It's hard to tell the two games apart in most respects. Each is based on a grid system that looks terrible when used to represent anything than isn't square. The Ghost Town desert and Alpine Adventures tundra look more like bad cubist art than sand and snow. Though RollerCoaster Tycoon 2 does support higher video resolutions, any setting over 800x600 makes it difficult to read the text on menu screens. The new sound effects are somewhat hard to differentiate from the old ones, but since the first game's audio was very good, this isn't a problem. Also, the sequel's audio seems to have more depth, since the music from your rides and the noise of the crowds seem to combine more effectively. 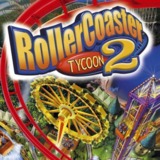 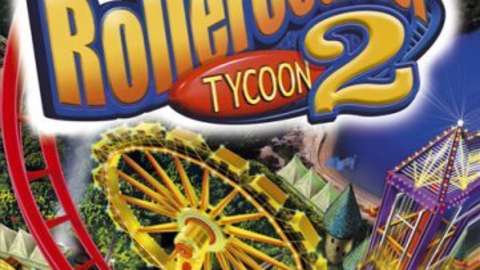 Newcomers will likely find RollerCoaster Tycoon 2 enjoyable, but if you were a fan of the original, you'll probably have a hard time believing that you waited so long for what the sequel has to offer.