As Namco's Soul Blade was a fix for fans between installments of the Tekken series, so is Psygnosis' Rollcage a fix between installments of the Wipeout line. It's a very similar animal to Wipeout and Wipeout XL, in fact. It's a futuristic racing game where you pick up weapon, shield, and speed power-ups to help you race past or vex your competition. The main differences from the Wipeout series are that you're now piloting a four-wheeled vehicle that can drive on walls and ceilings, and the game isn't nearly as good.

It's very easy to get spun around within a race, and that's something that makes Rollcage a little tough to get into at first. Bumping into an obstacle at high speed will send you flying and spinning. Coming up against an opponent tire-to-tire will likely turn you around. Touching a wall can make you flip back. It's a maddening feature of the game, until you get used to the controls and how quickly you can right yourself once you know how. There's a single button that will turn you around the right way when playing on the easy difficulty setting, which lets you concentrate on the other elements of the race. While this spinning problem can be surmounted, there's another that can't. The real fatal flaw in Rollcage is that there are tons of areas that you'll get stuck in, causing you to lose many valuable seconds. This frustrating experience (which is a lot more irritating than losing all momentum by touching a wall, like in the original Wipeout) happens so often that it takes a lot away from the game.

It's a shame, because otherwise the single-player experience is very sound. Driving on the walls and ceilings is a lot of fun once you get it down, and the power-ups are fairly inventive. For example, the leader missile targets whoever's in first place; the wormhole switches your place with the craft ahead of you; and timewarp slows down your opponents while you speed along as usual. Graphically, the game has some very nice weapon/lighting effects (the Metal Gear Solid-style motion blur being my favorite) and a fairly consistent frame rate, but some pop-up is evident, and the textures really look washed out. The game's music, however, is just fantastic, with tracks by Fatboy Slim, Aphrodite, EZ Rollers, and more. The soundtrack doesn't quite achieve the high mark set by Wipeout XL (come on, it had songs from Underworld, Chemical Brothers, and Future Sound of London), but it's not far off either.

The two-player experience is, like in most racing games, nothing to write home about, but it's also not nearly as important as the single-player experience. As mentioned before, there are two-player split-screen races and deathmatches. On the positive side, you can see a lot of the track, but since you're only competing against one other opponent, both modes end up being dull. If there were some computer-controlled rivals, then both would have turned out to be a lot more interesting.

In the end, if it weren't for all the catchy spots in this game, Rollcage would rank up around the original Extreme G, if not near Wipeout XL. Take my advice and buy the soundtrack, rent Rollcage, go home, cross your fingers, and hope that the upcoming Wipeout 3 will become the new reigning king of futuristic racing games. 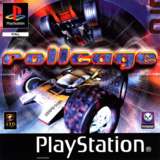 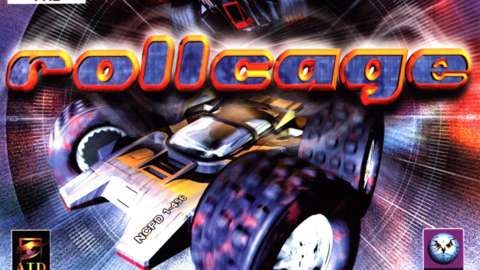