Rolando 2: Quest for the Golden Orchid Review is the accelerometer-based sequel to the original Rolando. And it's nothing short of phenomenal.

The original Rolando was a tilt-sensitive game that challenged you to guide your rolling "Rolandos" through various levels using your iPhone's accelerometer and by cleverly manipulating both environmental objects and your own Rolandos--or stacks of them--to seek the exit to each level. It was an outstanding iPhone game that seemed like a very tough act to follow. By that logic, the task of surpassing Rolando 2 will be next to impossible. This sequel trumps the original game in every conceivable way: story, gameplay, graphics, sound, online, everything. It shows what a talented development team can do on this platform when given the right resources, and it might even leave the likes of Nintendo and Sony sweating.

Rolando 2 is to Rolando as Super Mario Bros. 3 was to the original Super Mario Bros. Many sequels just concentrate on giving fans of the series more of the same--a difficult enough task by itself--but this one set out from the beginning to grow and improve in all directions at once. Given how competitive the App Store environment is, and how quickly things grow and change there, it's clear that to top their own game, Hand Circus and Ngmoco had to get extremely ambitious. And they've delivered.

The sequel's story is still simple--a crew of roly-poly Rolando adventurers must make their way to a far-off island to search for a cure for their diseased sages' infection. But once things start rolling, you'll see that the writing has been kicked up several notches.

Much more attention has been devoted to giving the Rolandos individual personalities and playing them off one another to comic effect. The Rolandos make comments and crack jokes in the middle of the action, adding to their characterization. For instance, a fancy-pants Rolando sporting a monocle winds up with a vulgar ex-pirate, resulting in a hilarious odd couple. They start the game by insulting one another, but their banter gradually turns to camaraderie as the game continues. There are two child Rolandos in the crew, a couple of big dumb lugs, two royal spiky commandos who stick to walls, and the intrepid explorer at the helm of the expedition. They all have different personalities, as well as varying attributes that are exploited to switch up the gameplay.

Smaller Rolandos float on water, while big ones sink, making for some interesting puzzles in Rolando 2's new water environments. A friendly savage Rolando encountered early in the game swells up and floats when he eats peppers, allowing him to navigate vertical levels.

And the explorer often winds up by himself, confronting levels full of crazy, Indiana Jones-style death traps--including the infamous rolling boulder.

These gameplay switch-ups are one of Rolando 2's best attributes. There are puzzle-like levels where you have a whole crew of Rolandos to work with, and you must systematically use teamwork to navigate through a maze. There are also fast-paced levels that put your platforming skills to the test and "spirit quest" levels that play like traditional ball-rolling mazes, where you control gravity by tilting the phone.

These changes keep things fresh and show off different aspects of the game to great effect. Many new machines mix up the gameplay even further, like bows and arrows, "boomfinger" stations, bomb trees, and vehicles. And if you don't like a level, you can skip it entirely using collectible golden idol items that are hidden throughout the game.

The easy touch-and-tilt controls work just as well as they did in the first game. However, there are a few odd camera and physics glitches--for example, if you're manipulating a machine at one end of a level, and your Rolando rolls away, the camera will confusingly zoom all the way out--but they're fairly minor.

Rolando 2's graphics have received a major makeover. The new 3D engine adds layered backgrounds and subtle camera movement to the visual equation, and it looks fantastic. Championship-level DJ Mr. Scruff returns with a bunch of awesomely funky new tunes that you can buy right off of iTunes. A few of the vocal pieces seem out of place, but they're hauntingly beautiful nonetheless.

From the new script, to the new gameplay elements, to the many new achievements, to the inclusion of Ngmoco's Plus+ online challenge system, Rolando 2 is a revelation. This is a platformer that puts the competition on the App Store to shame and that, frankly, can roll with what video game consoles have to offer. 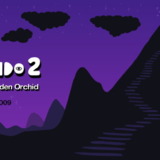 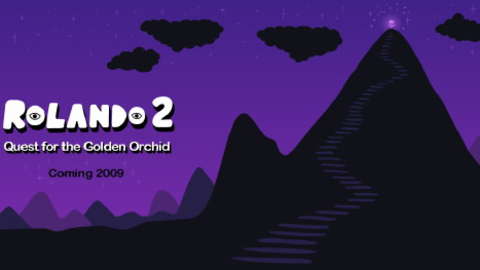 Rolando 2: Quest for the Golden Orchid

Rolando 2: Quest for the Golden Orchid Review is the accelerometer-based sequel to the original Rolando. And it's nothing short of phenomenal.

7.6
Sign In to rate Rolando 2: Quest for the Golden Orchid