If you can get around the weaker aspects of the game, Rogue Ops should be a reasonably entertaining experience for stealth fans looking for their next fix.

Rogue Ops is a new stealth action game from Bits Studios that draws inspiration from other stealth games like Metal Gear Solid and Splinter Cell. Rogue Ops also brings a few mechanical innovations to the table, some of which are actually pretty well-thought-out and help ease the flow of the stealth gameplay. Alas, some of the game's fundamental components aren't as strong as they could be and end up detracting from the experience. Still, if you can get around the weaker aspects of the game, Rogue Ops should be a reasonably entertaining experience for stealth fans looking for their next fix.

You play as Nikki Connors, a formerly tough-as-nails military operative who tired of the frontlines and retired to family duty. After her husband and daughter are killed in an explosion set by terrorist group Omega 19, Nikki is left with nothing. To regain purpose in her life and to seek vengeance on Omega 19, she joins the covert ops group Phoenix. Nikki is a surprisingly blonde, surprisingly voluptuous woman who knows her way around a variety of weapons and can move through the shadows unseen. So, naturally, you'll be guiding her through missions that require her to get in, accomplish her objectives, and get out without raising any more alarms than she has to. The game has eight missions in all, and with no additional modes to play with, there's little point to playing the game a second time.

In terms of your everyday stealth game, Rogue Ops' mechanics are pretty standard fare. You've got a radar/map embedded in the HUD that shows you the layout of the grounds you're currently traversing as well as any enemies and security cameras, whose fields of view are represented by cones--MGS-style--that are in the area. You also have two inventories, one for weapons and one for gadgets. The weapons at your disposal run the gamut from such standbys as a silenced pistol and sniper rifle to less conventional fare, like throwing stars and a taser. On the gadget front, Nikki's pretty well equipped. You have a pair of highly functional glasses that let you see in the dark, let you see the heat signatures of enemies (even through walls), and let you locate hidden wires or booby traps. You can also use a retinal scanner to get a faraway impression of a subject's eye, which is handy when operating in a compound that uses retina recognition to unlock doors. There are a few other neat gadgets, like a stimulant that effectively causes time to slow down and a miniature, controllable spy camera that looks like an insect. Gear-wise, Nikki's pretty well covered.

Of course, a truly self-sufficient covert operative should be able to get by with nothing but her bare hands and her wits, so, as in other stealth games, Nikki can perform stealth kills by catching enemies unaware. Rogue Ops adds a twist to the stealth kill operation in that you actually have to expend some effort to successfully pull off the kill. When you sneak up behind an enemy, a meter will appear over his head that slowly begins to fill. Once you hit the kill button, you'll have to hit a series of directions with the analog stick, in a very short time, to actually kill the enemy silently. The number of directions you have to hit is dependent on how full the meter gets, so, in essence, the longer you can stay hidden the easier it is to execute the stealth kill. If you flub the direction presses, you'll botch the kill, and the enemy will be alerted to your presence. It's pretty cool that the game makes you do some work rather than simply awarding you a free kill, and the direction pressing has a little bit of a minigame-like feel to it.

Rogue Ops also has a pretty useful context-sensitive icon system that helps you navigate the game world. When you're looking directly at something that you can interact with--a pipe you can climb, a file cabinet you can search, an unexpecting enemy whose pockets you can pick--you'll see an icon appear that indicates the appropriate action. The icon turns green when you're close enough, and you can then perform the move with a single button press. The icon system generally makes it easier to identify features of the levels' backgrounds that you need to use to progress, although sometimes it can be frustrating when you can't seem to maneuver Nikki into the precise position that will turn the icon green and let you actually do whatever it is you're trying to do.

The mechanics in Rogue Ops look OK on paper, but the game certainly isn't without its problems. For one, the missions are extremely unforgiving, especially when it comes to getting caught by enemies or cameras. Sometimes you'll be noticed by an enemy even when it looks, on your radar, like you're clear of his view. If you're in a mission that doesn't allow you to be caught, this will make you restart over and over ad nauseam until you get it right, which can be maddeningly frustrating. On the flip side, in other missions the stakes for getting caught seem absurdly low. You can often raise an alarm by running into a security guard or tripping an invisible laser without suffering any serious consequences other than having to kill one extra guard, if any show up at all. The enemy AI is also pretty flimsy, as sometimes you'll be engaged in a firefight with a couple of guards while another soldier just down the corridor will still be standing at attention, not even alerted to what's happening nearby. Finally, it can be just plain hard to figure out what to do next in some situations, which means you'll spend a lot of time simply looking around the environment for the next available icon. Exploring for these icons can be difficult, though, when you're evading enemies who have an uncanny knack for noticing your presence.

In terms of presentation, Rogue Ops is a little mixed. The graphics engine seems pretty capable, and even if the characters and environments aren't the best-looking you've ever seen in a game, they get the job done without any grievous flaws. There are a few decent lighting and environmental effects going on, so visually the game makes a mostly better-than-average effort. As you've probably come to expect, the Xbox version is far and away the best-looking and features the cleanest visuals and the highest frame rate. In addition to the superior visuals, the Xbox version has one other ace up its sleeve: It lets you use voice commands, via the Live headset, to switch between equipment. The GameCube version takes a noticeable hit to the frame rate but is actually not too far behind the Xbox in image quality. The PS2 brings up the rear, as it's more aliased (read: jaggy) than the other two, and the frame rate can be a little jerky at times. The sound effects are decent as well, with guns and explosions and the like packing a pretty solid punch. The voice acting in the game, which takes place in cutscenes and radio transmissions during missions, is pretty bad. It manages to convey the storyline, but there's nothing at all memorable about it or, by extension, the characters. Rogue Ops makes an effort to be edgy with the buxom, Lara Croft-esque Nikki and fairly liberal use of cursing in the dialogue, but this effort ultimately comes off as a bit hokey. There really isn't a lot of music in Rogue Ops to speak of, since the game tends to remain pretty silent when you're in the clear. What music's there is serviceable and is used to indicate when you're in flight from enemies, but that's about it.

Rogue Ops is a fairly respectable effort by Bits to reproduce that feeling of being a secretive badass that a good stealth game provides. Unfortunately, its uneven components keep it from cohering in the way that better stealth games have. If you can't get enough stealth action and can overlook Rogue Ops' flaws, you ought to give it a look. 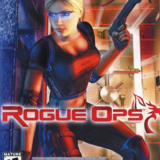 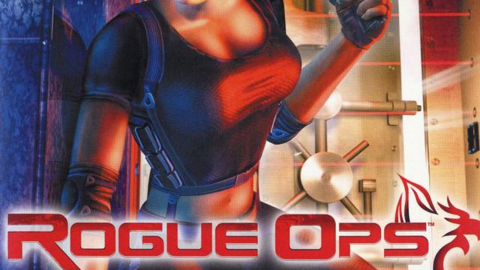 If you can get around the weaker aspects of the game, Rogue Ops should be a reasonably entertaining experience for stealth fans looking for their next fix.