What do you get when you mix a 50-year-old animated franchise with 21st-century downloadable games? A poor microgame collection.

Rocky and Bullwinkle first had their antics aired across American airwaves back in 1959. Since then, their slapstick sensibilities and doofy encounters with odd antagonists have been captured in movies, books, video games, and all manner of cross-media connections. Few, if any, of these crossovers have lived up to the once-rich experience many adults had watching the moose and squirrel's adventures in their younger days.

This attempt at interactive Rocky and Bullwinkle absurdity borrows heavily from Nintendo's Mario Party and WarioWare franchises. Various minigames and microgames are spooled up one after another for players to complete. One minute you could be flying a cake collecting craft through space, and the next you could be jumping out of carts while careening over perilous precipices. The tasks are not consistent, intuitive, or fun, but they are all timed. Each challenge has a timer. If you complete the task within the allotted time, then you win. If you fail to complete it, then you lose that round and one of four hearts. Those heart containers represent all the losses you can have before you fail out of the game. Failing out just means you have to start from the beginning and work your way up the difficulty beanstalk for better rewards, as well as greater challenges.

There are seven collections of games, each corresponding to a Rocky and Bullwinkle character. As you make your way through the first collections, the rest will become unlocked. You'll also gain access to some goodies and currency that can be spent on power-ups, but sadly none of this is much fun. You can burn through everything the game has to offer in about three hours. Local multiplayer provides the only opportunity to share the experience with a friend. While leaderboards are available for every story, true online multiplayer is not supported. An editing room lets you create custom game compilations (known as reruns). Reruns offer little value other than an achievement for putting together and completing a particular group of challenges.

An intriguing feature of this uninspired minigame collection is the support of motion sensing via the Xbox Live Vision Camera. However, the camera's responsiveness is inconsistent even after precise calibration, which can result in some frustrating failures as the controls prove more challenging than the minigames themselves. Waving your arms around would add very little to Rocky and Bullwinkle even if it worked, and it doesn't

The more time you spend with the game, the more the presentation may wear on you. The minigames are not sorted well. Frequently, you will play the same boss fight five times in one show, with the other games coming up just as often. With 15 to 16 games per show, more variation in how frequently the games appear would have been desirable. The character animations are stiff and robotic. The design detail is low, and the art is stuck in the 1960s. Actual efforts to update character and game designs don't pan out well. Also, the extreme button mashing, lackluster directions, and uninspired game design do little to make the experience more pleasant with time.

Besides children who may not know better, the game has little appeal to would-be players. Even though the achievements are fairly easy to obtain, few people will likely find anything worthwhile in the game's dated presentation and slipshod gameplay. Without any lasting value or promise of providing positive reruns, most players would do well to skip Rocky and Bullwinkle, saving 800 Microsoft Points in the process. 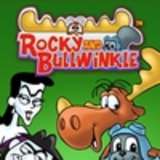 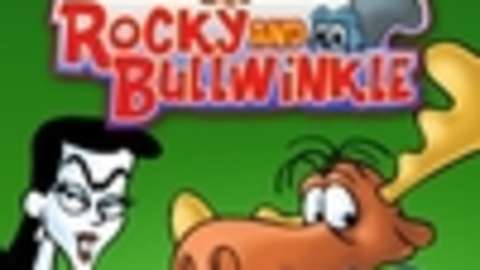 This is a wacky collection of party games featuring Rocky, Bullwinkle, Boris, Natasha, Dudley Do-Right, and many more characters from the cartoon.