Rocket Arena streamlines the intricacies of one of the most recognisable weapons in shooters but fails to create a compelling competitive experience with it.

The rocket launcher is one of the most recognizable weapons in multiplayer shooters. From Quake to Team Fortress, its function as a weapon morphed into an alternative means of traversal, with the risk of a self-inflicted death and the reward of superior map positioning enticing players to become proficient at rocket jumping. In Rocket Arena, both the rocket launcher and rocket jumping are core to the action. But without suitably satisfying shooting and the mitigation of all the rewards associated with its core mechanic, Rocket Arena lacks a compelling and lasting appeal.

Rocket Arena features a roster of 10 playable characters, each equipped with their own version of a rocket launcher and some auxiliary abilities. The variations go from basic, such as Jayto's straight-shooting launcher and multi-missile secondary attack, to complicated, like Kayi's ability to speed up friendly rockets and slow down enemy ones. Whether you settle on the lobbed rockets of space pirate Blastbeard or the trickster abilities of mage Mysteen, Rocket Arena's characters all feature enough mechanical variety to make them stand out from each other despite all featuring the same type of main weapon. Their cartoonish designs and bursting costume colors look great, but their uninteresting backstories and few voice-lines limit the extent of their personalities.

These weapon and ability differences feed into the 3v3 team play in each of Rocket Arena's competitive modes. A team cannot feature duplicates of a character, so you're encouraged to work around the selections of your teammates. Although the very brief and basic tutorial doesn't teach you about it, attacks can be combined between characters to form more powerful combos. Ability effects can be transferred onto rockets fired by teammates, for example, but attempting to coordinate both the timing and positioning for such a move is often not worth the payoff.

Instead, Rocket Arena feels best when you're playing it as a regular, run-of-the-mill team-based shooter. The freedom of movement afforded by each character's triple jump lets you stay in the air and nimbly maneuver around more than having your feet on the ground, letting you dodge incoming projectiles and fire off attacks from any direction. The frenetic nature of the action combines well with the absence of traditional health bars; Rocket Arena adopts a system like that of Super Smash Bros. Ultimate, where each player has a bar that builds up when hit. The fuller the meter, the harder each hit will feel, with a well-placed shot on a player with a full bar knocking them out of the arena for a short time.

Your rockets, along with those of your teammates, won't damage you, letting you experiment with the timing for rocket jumps without ending up as a mess on the floor. Chaining together shots against an adjacent wall also helps you hop vertically up it, which can mean the difference between respawning or not if you find yourself off the map. But while Rocket Arena makes the skill shot almost trivially easy to pull off, it also doesn't give you many reasons to use it. Where other shooters reward the risk of a rocket jump with the advantage of map position, Rocket Arena's map layouts and liberal vertical character movement render it almost meaningless in moment-to-moment play. Rocket jumps are still satisfying to pull off, but without any advantage to them there's no reason to perform them.

Matches are therefore mostly straightforward and one-note, not encouraging the use of complex strategies to win. The different game modes break up the monotonous action to an extent, with Rocket Arena collecting all of them under its single Arena playlist. Here you play through a handful of common multiplayer match types, including deathmatch, point control, and a rocket-ball spin on capture the flag. None stand out as particularly exciting and don't capitalize on the rocket-based shooting in any fun or novel ways. Outside of Arena, Rocket Arena offers a straight deathmatch playlist, Ranked Arena play, and a forgettable cooperative wave survival mode.

Rocket Arena mixes traditional character progression and some of the trappings from free-to-play shooters, including cosmetic items up for purchase via microtransactions and a season pass with additional in-game unlocks. New characters are promised for each new season of competitive play, all of which will be free to all players too. It also features standard character progression, with additional cosmetics such as alternative skins, banners, and more locked behind each character's individual level. Items that influence gameplay cannot be purchased, and only a handful of skins require either real-world money or a large portion of the in-game currency you earn while playing. Passive character perks are unlocked irrespective of individual character levels, and can be shared between characters too. They don't make a large enough impact on gameplay to make new players feel at a disadvantage, but they are good rewards for sticking to the character you like to play as most.

Rocket Arena's approach to being a more approachable shooter, from its colorful, whimsical characters to its forgiving rocket launcher mechanics, makes it easy to appreciate at first glance. Its frenetic mix of explosive-based shooting and easy-to-understand character abilities let you start having fun fast, but its lack of depth and uninteresting modes don't maintain the momentum. Rocket Arena undermines its main rocket-jumping hook by making the strategy meaningless amongst its other mechanics, and its shooting grows stale in the process. There's limited fun to be had with its frenetic and fast shooting action, but it's lacking strong lasting appeal. 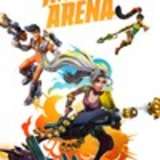 Alessandro shot at his feet and caught some air for over 10 hours with Rocket Arena, playing with every character in Arena across the eight different maps. Rev and her hoverboard is his easy favorite. Code was supplied by the publisher for this review. 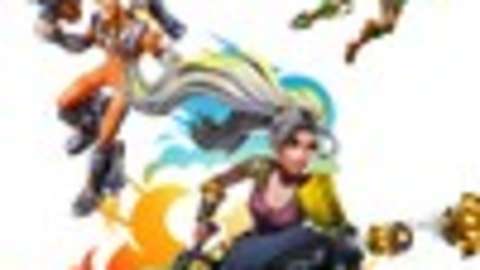