Maybe Midway knew what it was doing when it dropped this project.

Without a doubt, Robotron 2084 is one of the best classic arcade games around. It was fast, furious, two-joystick action, and above all, it was hard. As years went by, a few similar games (Smash TV, Total Carnage) were released, and while they were good, they didn't capture the claustrophobic feel of Robotron. In December of 1996, Robotron X was released on the PlayStation. This polygonal take on the Robotron series was decent, but was also incredibly easy, and yes, even tedious. Midway promised that an N64 version would follow soon after, but weeks turned into months, and eventually Midway dropped the project. Crave Entertainment picked up the project, dusted it off, and released it - over a year later. It stands up to the PlayStation version, but still can't stand on its own.

The polygonal characters look all right, although they are incredibly small at times. The frame rate is better than the PlayStation version, which suffered from quite a bit of slowdown whenever the action got hectic. Graphically, the game is colorful but seemingly lifeless and uninteresting. At first glance, the game looks like it's moving faster than the old-school arcade version. But in reality, the game is very slow-paced. The robots never seem to get close enough to pose a threat. I went through 40 of the game's 200 levels before losing one life. The extra guys racked up in that time would have been more than enough to cruise through the game, but the game gets very tiresome after the 80th or 90th level. The game's soundtrack pales in comparison to the PlayStation version. You simply can't beat the storage space that a CD provides with a cartridge.

Maybe Midway knew what it was doing when it dropped this project. If the game had come out around the same time as the PlayStation version, it would have fit into the N64's paltry lineup quite nicely. But it's a bit more crowded out there now, and Robotron 64 simply isn't up to snuff. You'd be better off playing the original Robotron 2084. 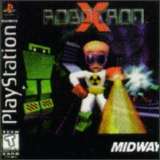 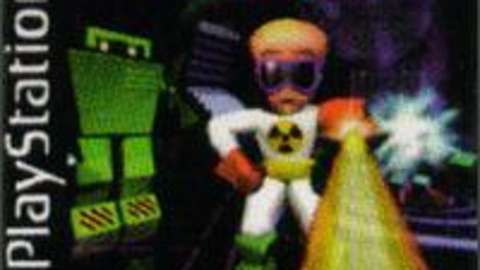 Williams has done well to go back to its roots, because this time it has come up with a winner.