With the new Windows 95 version of Road Rash and its eight-player capability, the old standard now has the power to addict.

Road Rash has long been a favorite among those gamers with a penchant for blood and speed. Originally released for the Sega Genesis earlier, the first version sported unprecedented graphics and action that was fast enough to give the player a real adrenaline rush. No other motorcycle game before Road Rash had been this realistic, and certainly none had incorporated combat. Each of RR's many incarnations since has offered graphic improvements upon the original and has taken advantage of the varied platforms' power, but all have failed to be as inspiring as they could have been. Until recently, the game lacked a critical competitive element; after all, it's really not much fun to wail on a fellow "rasher" with a chain if you know they're just part of the game. If that "rasher" is being controlled by your roommate or your girlfriend, however, the action takes on a whole new dimension. With the new Windows 95 version of Road Rash and its eight-player capability, the old standard now has the power to addict.

Over a modem or on a network, players can attempt to blast their real live opponents off the road or bash their heads in with clubs. Up to eight human-controlled bikes can be on screen at the same time. This is all handled pretty efficiently, especially when you consider the speed at which you're traveling. Latency does pose a problem, though. Imagine you're flying down the 101, with not an obstacle in sight, when suddenly, your modem hiccups. After 10 seconds of frozen screen, you find that you're picking yourself up from a nasty collision with a large building. Now how did that happen? Not only does this ruin your race standing, it also slams you back to reality right quick. Flaws aside, though, multi-player racing does add a lot to the game.

Aside from the multi-player mode, you've seen this "new" version of Road Rash before. You'll recognize the now-somewhat-outdated soundtrack featuring all your favorite "who-the-hell-is-that" recording artists like Paw and Hammerbox. (All right, Soundgarden's in there too - I'll be fair.) Unfortunately, just like all the other versions of RR, right when you enter the race and want to hear some head-banging rock, it's replaced by the world's cheesiest General MIDI music. A little less annoying, but a problem nevertheless, is the fact that EA decided to use separate .WAV files for the sound effects. The result is what we'll call the "Out-Of-Sync-Super-8-Projector" effect. Picture yourself smacking into the grille of an oncoming pickup only to hear yourself grunt in pain a full second later. Pretty annoying, especially if you've played the more efficient PlayStation version of RR.

Frankly, there are some changes that could and should have been made between the 3DO version (released over two years ago) and this "all-new" one. Sure, they've souped up the graphics for super-nifty Direct Draw 2 and there's virtually no load time from main menu to race time, but what about the gameplay? The relatively recent Road Rash 3 for Genesis had new weapons and tracks. Not so here - the characters, bikes, weapons, and tracks in this version appear to be identical to the 3DO version, and that's the biggest problem with the game. Why not incorporate at least a few of the changes made in Road Rash 3 into the Windows title and give gamers the most up-to-date release available?

The only other flaws aren't really problems of the game, but of the Windows 95 OS itself. For some reason, it's kind of hard to control a speeding crotch rocket using just two keys on a keyboard. This holds especially true when Windows spontaneously decides its key buffer is full, beeps loudly, and locks, thereby leaving you out of control for a few seconds. It's not quite as annoying as the screen lag problem, but can still ruin your game.

Quirks aside, Road Rash's ride-and-bludgeon formula still works, and it's still quite a game. If you have the ability to play it over a network, it's one of the coolest experiences available, especially if you're familiar with the original title. Words just cannot describe the warm feeling you get when you realize that those aren't just computer drones you're thrashing, but people who up until recently were your friends. If you don't have a network, or you're short on friends, you'll probably be disappointed with this one. When it comes to one-player Road Rashing, even the jerky 3DO version is better. 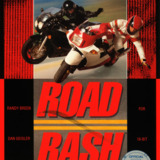 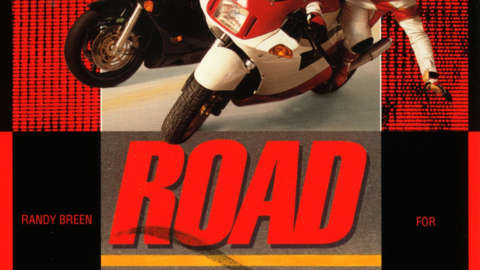