Backed into a corner by curtains of laser fire, I hop and twist, curling my shots and grinding foes into nuts and bolts. After hacking a support drone to bring in some extra muscle to the fight, I battle my way out and continue my maelstrom of destruction. These moments are common in Rive, and they're emblematic of how the game melds sharp design and challenging encounters to reinvigorate the shoot-em-up genre. It's a chaotic game backed by explosive action, snarky cracks, and an affection for the ridiculous.

You play as a no-name, space-salvaging badass in a robust spider tank. It’s an armored, all-terrain machine with a giant machine gun for its basic weapon. As you progress, you’ll earn more upgrades like new weapons and armor, plus some gadgets that let you take control of everything from turrets to trains.

In the beginning, you stumble across a gargantuan derelict vessel ready for plunder. But, of course, there's a catch: As you explore, you’re accosted by countless drones and bots programmed to put you down. You'll learn to shoot, move, and use some other basic skills, but then Rive situationally limits how can use your newfound abilities by forcing you into a corner or into a zero-g bubble. These moments are as tense as boss battles, asking you to utilize your skills in novel ways, all while under the duress of constant, high-energy action.

Despite that, Rive rarely feels overwhelming. It's intense and taxing, but it doesn't often feel like it's asking too much. It's common nowadays to herald difficult games as intrinsically “good,” but that trend belies that fact that there's a tenuous balance between difficulty and frustration. Rive is challenging, but even if you die, you can instantly jump back into the action. You never lose more than about 30 seconds of progress, and death doesn't drain resources or knock down your overall score. The game includes plenty of tough spots, but it doesn’t take too long to acclimate to the challenge and wriggle through.

Along the way, you'll find some rather strange locales, given that the majority of the game takes place on a spaceship. Between giant lava lakes, oceans, zero-G bubbles, and the like, Rive gives you plenty of playgrounds to explore. Each area is bright, colorful and gorgeously animated. Creatures skitter along the floor while lights and backgrounds hum with life. That's all window dressing, sure, but each level is also distinct, presenting new sets of challenges every few minutes.

One of the few solid knocks against Rive comes from its protagonist. He's got all the corn and cheese of classics like Duke Nukem (without the crass misogyny). He has all the personality of a brick, and only a couple of his jokes hit their mark. It's a strange addition that doesn't seem necessary given the game's focus on action over storytelling, and is borderline cringeworthy.

Rive is demanding, but it pushes the kind of near-thoughtless play that shoot-em-ups strive to achieve. When faced with an onslaught of enemies and environmental hazards, you'll have to think fast or die. Rive also doesn't run all that long, but what's here is excellent, top-notch action, and the game delivers some of the most memorable moments in a shoot-em-up in years.

Editor's note: After a few additional hours of testing, GameSpot has updated the score to reflect the Switch version of Rive: Ultimate Edition. The new version of the game includes additional score-based modes, performance optimization, and a co-pilot mode where two players can individually control the tank's movement and attacks. - Nov. 27, 2017, 8:00 AM PT

View Comments (24)
Back To Top
8
Great
About GameSpot Reviews 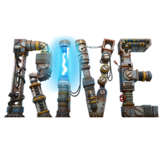 A dyed-in-the-wool child of the ’90s, Dan Starkey is a fan of over-the-top action. He played through Rive once on Hard mode (the default setting) and part way through again on Soft. GameSpot was provided a complimentary copy of the game for the purpose of this review. 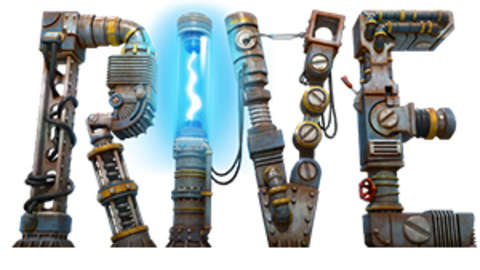