Rise of the Argonauts Review

Jason spends too much time talking and not nearly enough time fighting in this Greek mythology-inspired action-RPG.

Loosely based on the same Greek myth that inspired the 1963 movie Jason and the Argonauts, Rise of the Argonauts is an action-oriented role-playing game in which you assume the role of King Jason of Iolcus and go in search of the legendary Golden Fleece. All manner of monsters stand between you and your prize, and doing battle with them is a lot of fun. The same can't be said for all of the time you have to spend wandering around and talking to other characters, unfortunately, and the wildly inconsistent frame rate makes even the stop-motion special effects in the aforementioned movie look silky smooth by comparison.

Rise of the Argonauts gets off to a shaky start. The assassination of Jason's bride on their wedding day in the intro sequence ensure that the story is instantly compelling, but poor voice acting, awkward camera angles, questionable animation (Jason negotiating stairs is a must-see for all the wrong reasons), and numerous visual quirks waste no time in conspiring against it. Furthermore, there's not much combat early on, so much of your time is spent trying to navigate Jason's labyrinthine palace and conversing with guards who, save for their different-colored uniforms, all look identical. Iolcus, like the handful of other locations you'll visit after acquiring the Argo, affords very few opportunities for exploration, but it still manages to be confusing enough in its design that you need to refer to the crudely drawn map to locate mission objectives in a timely fashion.

The high point of Rise of the Argonauts is undoubtedly the combat; Jason is skilled in the use of swords, spears, and maces, and he carries one of each as well as a shield at all times. The controls are uncomplicated and responsive, and it's good that they're the same no matter which weapon you're wielding, because you're encouraged to switch between them on the fly. None of the enemies are particularly intelligent, but they're varied enough that you need to employ different weapons and strategies to get the better of them. Your spear can be used to keep overly aggressive enemies at a distance, while your mace is a good choice for destroying the shields of enemies attempting to hide behind them, for example. Putting your own indestructible shield to good use is crucial early on, but as you progress you become much more powerful and can spend more time on the offensive.

Interestingly, you need to go into the options menu if you want any kind of heads-up display for your health during combat. By default, you're supposed to look for visual clues such as blood on the clothing of Jason and his allies to know when they're in trouble, but the combat is so fast-paced that this isn't always possible. Adding the HUD makes it much easier to know when Jason's health is low, though it's not always important because, in keeping with his mythological status, he's a tough guy to keep down. When your health drops to zero you don't die; rather, you enter a "state of grace" in which the screen blurs and you have 10 seconds or so to avoid taking any more damage before you regenerate around half of your health. You'll die if you sustain a single hit during that time, but there are very few enemies who can keep up as you frantically run and roll around.

There are a number of ways in which you become a more formidable fighter as the story progresses. You'll be joined by a handful of allies who will fight alongside you two at a time, you'll be able to add more powerful weapons and armor to your arsenal, and you'll learn new abilities by gaining favor with the gods Ares, Apollo, Athena, and Hermes. Each of the four gods has a skill tree composed of around 25 different "aspects" arranged into tiers so that more powerful ones become available only late in the game. The aspects vary a great deal and include both passive abilities and god powers that must be triggered manually in combat. Passive abilities include things like regenerating health anytime you kill an enemy, doing more damage to shields, and making your allies more powerful. God powers, which are fun but rarely needed outside of the most challenging difficulty mode, include temporary effects such as increased damage, explosions, and the ability to turn enemies into stone.

To purchase any given aspect you need to earn enough favor with the appropriate god to unlock it, which can be an interesting challenge in itself. The most obvious way to earn favor with gods is by dedicating to them any deeds you've accomplished. You can do this at shrines scattered throughout the world or, less elegantly, via an option in the pause menu. When you dedicate a deed to one of the gods, you earn an amount of favor proportional to the scale of your accomplishment. Settling a dispute among two traders is unlikely to impress in the same way that lopping off the heads of 25 enemies is, for example. The second way to curry favor with a god is by selecting dialogue choices that are clearly labeled as being appreciated by them. This can make the act of choosing dialogue a mechanical one if you care more about pleasing a specific god than you do about your interaction with whomever you're talking to, but the conversations feel so unnatural anyway that this is as good a way as any to get through them quickly.

It's unfortunate that so much of your time in Rise of the Argonauts is spent in conversation, because much of the dialogue is poorly written and the voice acting is even worse. It's conceivable that one is the victim of the other, but certainly neither deserves any credit for keeping the story compelling. Even on the rare occasions that the script and the actors work well together, poor sound design results in unnatural pauses and in volume levels that compete with background noise or have you reaching for your TV remote. The lack of believable expressions on characters' faces doesn't help matters, nor do the load screens that frequently appear at the most inopportune times--occasionally so quickly after a piece of dialogue that there's some doubt as to whether or not the character talking was even allowed to finish.

To say that Rise of the Argonauts has pacing issues would be an understatement of Olympian proportions; so much of your time is spent running around and talking to people that combat feels like a rare treat rather than a focus of the game. It's a real shame that getting to the end of this adventure is as much a test of patience as it is a test of skill, because the combat gets increasingly satisfying as your arsenal of moves and equipment grows. It's true that only boss encounters will pose any real challenge on the default difficulty setting toward the end, but by then that feels appropriate because you're wielding godlike weapons and powers that can literally call down lightning from the heavens. With a greater emphasis on combat and fewer technical shortcomings, Rise of the Argonauts could have been easy to recommend. As it is, though, this is a great story poorly told. 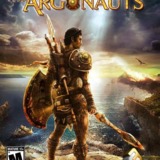 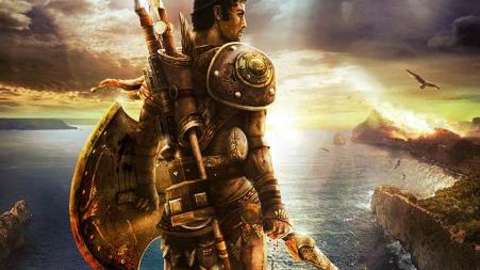 Rise of the Argonauts

Rise of the Argonauts is an action RPG set on an epic scale, in the world of Greek myth and legend.