It's a huge game that will easily consume a good deal of your time, and fortunately, its systems remain fresh throughout.

The sheer draw of the giant-robot genre--whether it takes the form of a cartoon, comic book, or video game--is not to be underestimated. Konami's latest strategy game, Ring of Red, is just the latest manifestation of our world's obsession with giant andromorphic machines. Thankfully, it's also a well designed and fully realized addition to the console strategy genre.

Ring of Red is set in an alternate-history 1960s Japan--a Japan that never surrendered to the Allied forces at the end of WWII. The country was partitioned as a result, with the southern half of the island being nurtured by US and NATO interests, and the northern enjoying the guidance of the Soviet Union. Both "countries" existed alongside each other in a kind of uneasy truce, knowing that conflict was never more than a bump and jerk away. In order to manage the unforgiving Japanese terrain, Armored Fighting Walkers (AFWs), were used in all matters military. These giant robots--essentially pieces of heavy artillery on legs--became the backbone of every Japanese military outfit. Unlike the lithe, sleek mechs that we've come to associate with the genre, Ring of Red's cumbersome, gas-powered mechs aren't graceful in the least. They're heavy machinery, first and foremost, no more deft than a six-ton crane or a Ferris wheel.

The game kicks off when an experimental AFW is stolen from its Southern Japanese test squad by communist Northern infiltrators. You assume the role of Masami Von Weizegger, a half-German, half-Japanese test pilot enlisted by the Southern military to take back the stolen walker. The story takes its share of turns, and Weizegger finds himself in the company of an unlikely squad of soldiers, leading a bloody campaign to all corners of the divided country.

Ring of Red brings with it a unique blend of tactical turn-based movement and stirring semi-real-time combat. The missions take place on large grid-based maps, through which you move your squad, engage enemies, and occupy settlements, all in a turn-based fashion. Once you enter into combat, the game shifts into a real-time 3D view of the battlefields, with both your own and your enemy's units facing each other. As each battle only lasts for a few minutes (the premise being that the walkers overheat after prolonged use), you're intensely motivated to do as much damage as tactically possible within the narrow time frame. After the resolution of each skirmish, both sides' losses are tallied, and the unit on queue takes its turn. The game's missions can be extremely long; a typical mission is made up of anywhere between 10-30 skirmishes, each of which lasts roughly four minutes. Add to this the time spent in tactical pondering, and you have an experience that will have strategy-game veterans hunkering down for extended periods of time. This presents a small problem, however: You can't save your game mid-mission. Meaning that once a mission is started, you're in it till the end. Considering that some of the missions can be several hours long, this can prove to be quite arduous. While a quick-save feature is present to store your mid-mission progress, the save is are deleted from the system after the unit is shut off, making useful only for restoring games after failing a mission.

The long hours you'll spend will be well worth it, though, as the game's combat mechanics are rather well conceived. On the overhead map, you have a host of considerations to take into account before combat even begins--distance of engagement, terrain type, and enemy unit makeup being only a few. Each type of walker excels in certain areas--four-legged walkers are good at long-range combat, for example, while Weizegger's mid-sized walker does best at medium ranges. Thus, winning battles is as much about initial positioning as it is about the pilot's level and the strength of his machine. When you're ready to fire your weapons, the game switches to a first-person view of your targeting reticle. The longer you aim, the more accurate your shot will be. This is represented visually by the sight actually fixing more steadily on the target the longer you maintain aim. Dally too long, though, and you'll be blasted by enemy fire. The trick to Ring of Red is learning exactly how long is too long.

The supporting troops accompanying your walker into battle have a significant effect on the outcome as well. Three groups of soldiers make up every unit--one group serves as the walker's crew, loading and reloading its weapons, while the other two serve as ground troops. During battles, you can order to troops to stand behind the walker, where they'll take less damage but also deal out less, or have them take the vanguard, where they'll be most effective offensively and in the most danger. There are a good deal of troop types, each with primary functions and secondary skills. Shooters, for example, are armed with rocket launchers that continually pick at enemy walkers, while supply troops are adept at walker maintenance, lessening the time it takes you to reload. Most ground troops will also have a set of secondary skills, which offer everything from special attacks to quick repairs on leg damage sustained by your walker. Troops are acquired by occupying settlements on the map, and if they're lost in battle, they're gone for good.

Sadly, the assigning of troop types to your squad is the extent of Ring of Red's customization options. Walker designs can't be altered in any way, and the only manner in which you'll gain special attacks is by leveling up your individual pilots. Arguably, much of the fun in mech games is in conceiving your own designs and tweaking the hulls and armaments of the machines at your disposal. This sort of feature is sorely absent in Ring of Red. Instead, the game forces you to use the stock AFWs and like them. While this is a relatively minor gripe when the quality of the game as a whole is taken into consideration, it is something that Konami should definitely consider putting into a sequel.

Ring of Red's overall production may not turn heads, but it's certainly competent and well conceived. The real-time environments look quite solid, and, despite the flurry that often characterizes them, there aren't any instances of slowdown or other performance dips. Most of the machines look just as you'd expect them to--like a cross between one of the robots from Bezerk and a Sherman tank. Some of the four-legged walker designs look like they were inspired by construction equipment, while some of the lighter models have a certain AT-ST quality to them. The textures on the walkers look remarkably great, too. Everything in the game sounds great, especially in combat. Gears grind, limbs shift, and hulls explode, all inspiringly and convincingly. The musical score is for the most part uninspired, though--it's made up of your standard-issue orchestral movements.

Ring of Red is easily the best strategy game out on the PS2 at this time, not to mention one of the more inventive to ever grace a console. It should be a no-brainer for fans of the sorely underrepresented genre. It's a huge game that will easily consume a good deal of your time, and fortunately, its systems remain fresh throughout. 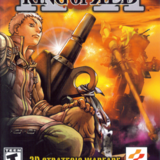 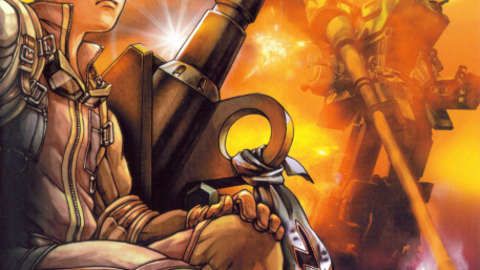 It's a huge game that will easily consume a good deal of your time, and fortunately, its systems remain fresh throughout.