The game lacks a shred of originality, and its racing experience is mediocre at best.

Riding Spirits is a game that's great in its concept but poor in its execution. The game attempts to present itself as a Gran Turismo with licensed motorcycles instead of cars, and at first glance, that's precisely what it appears to be. However, after only a few minutes with it, you'll quickly notice that it not only has poor control, repetitive sounds, and bland graphics, but also blatantly rips off the overall structure and visual stylings of Gran Turismo 3: A-Spec. The game lacks a shred of originality, and its racing experience is mediocre at best.

The first thing that will strike you about Riding Spirits is how similar its menus and layout are to Gran Turismo 3: A-Spec's. For instance, the game's career mode features the same simple, soft-colored icons set against repeating clips of full-motion video that were made famous by GT3. Likewise, these areas have the same kind of upbeat and jazzy music playing in the background. Additionally, the game's garage mode is set up almost identically to Gran Turismo's, right down to the placement of the bike's cost (in an orange font, no less) in the lower right-hand side of the screen. The game's races are split up into numerous themes with names like "Sunday Meeting" and "The One Make Memorial"; the test run option lets you measure acceleration times to 200 meters, 400 meters, and overall top speed; and scrolling text at the bottom of the screen gives out brief descriptions of tracks and aftermarket parts. Anyone who's played Gran Turismo 3: A-Spec will instantly recognize any and all of these characteristics, and Riding Spirits makes no attempt at altering them whatsoever. It's nearly impossible for racing games to stray away from certain conventions that have been cemented into the genre by the likes of the Gran Turismo series, but the manner in which Riding Spirits so obviously lifts some aspects of GT3 and claims them as its own is disappointing.

That probably wouldn't have been such a big deal if the actual act of driving in Riding Spirits wasn't so forgettable. The game lets you choose between two difficulty settings--arcade and simulation--before every race, with the latter being the less forgiving of the two. With the arcade setting, the bikes will more or less drive like sluggish cars with a bad case of understeer. All of the motorcycles in the game require a suspiciously long distance to brake, though the bikes are utterly forgiving when it comes to hitting other riders or running into solid walls. The bikes will handle no differently in the simulation setting, though you will crash every single time if you so much as look at the grass, gravel, or any other part outside of the track. The game has an option that lets you manually control your rider's stance on the bike, though the actual in-game effect is nowhere near as evident as it is in, say, THQ's MotoGP or EA's Superbike 2001. Aggravating all of this is a control setup that requires you to mash the analog face buttons on the PlayStation 2 controller as hard as possible to maximize your bike's throttle and braking. Half the time you'll be more concerned about not breaking your controller than you will be about finishing a race.

Additionally, the game's career mode is surprisingly short. Called the Riding Spirits mode, this career option is split up into three increasingly difficult classes, each of which has between half a dozen to a dozen individual races, for a total of no more than 40 racing events. In fact, there are about as many training sessions as there are actual races in the Riding Spirits mode, though, as in Gran Turismo 3: A-Spec, you'll often compete in the same race multiple times in an attempt to earn enough money to buy a new bike or upgrade your existing one with parts like mufflers, oil coolers, and ECUs. You can further customize your bike by fiddling around with its gear ratio and its front and rear suspension setup. The game has a quick race option that will let you race one of several unlocked motorcycles on any of the game's seven tracks--14 if you count the mirror-image courses.

The graphics, unlike the rest of Riding Spirits, are fair. Though not as detailed as in other games, the tracks in Riding Spirits are designed well and feature good use of lighting. When riding in the right direction, you'll be able to see the glare of the sun reflected off the pavement, and sharp turns will send sparks flying from your bike's pegs onto the surface of the track. The game makes liberal use of sprites for peripheral objects like trees and bystanders, and the wavy heat effect looks more like a spacefold maneuver you'd expect to see in Star Trek than anything else. Furthermore, many of the sound effects are particularly shrill. This is especially true of the 250cc and 400cc bikes, though the larger motorcycles lack any kind of bass in their exhaust notes as well. The jazzy menu music is well done, though its Gran Turismo 3 inspiration is clearly evident, but the same can't be said about the background tunes that play during the actual races and replays. One such track attempts to be somewhat operatic but ends up sounding like the "human voice" instrument from a Casio keyboard.

Perhaps Riding Spirits' mediocre graphics, sound, and copycat structure could be overlooked if its bikes felt more fluid and the game didn't suffer from any problems with the controller. But the simple fact is that there are better games out there that do a better job of simulating motorcycle racing while still being fun to play than this game does. The idea behind Riding Spirits is a great one--the ability to do with real-world motorcycles what you did with cars in Gran Turismo 3 is a very appealing notion--but the poor execution of that idea keeps this game from being recommendable. 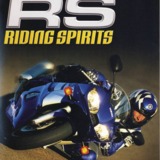 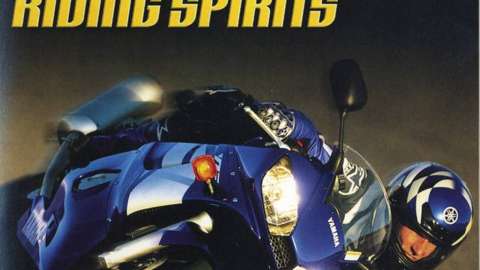 The game lacks a shred of originality, and its racing experience is mediocre at best.