If you've ever cared about any of the games in the Ridge Racer series, then R4 is definitely the racing game for you.

No matter how great you think Gran Turismo, Need for Speed, or any other driving game is, Ridge Racer has always been the preferred series when it comes to arcade-style driving. Though Rage Racer introduced some simulation aspects off the track, the on-track experience maintained the same powerslide-happy gameplay that PlayStation owners have loved since the system launched. Ridge Racer Type 4 (or R4, for short) makes plenty of improvements while maintaining the same basic feel.

The game's main mode is the grand prix, where you pick one of four teams and one of four car manufacturers, then race on eight tracks. Each team has its own little storyline that plays out between races, which is told through conversation with your team liaison. What your team liaison says to you changes depending on how well you do. The first two tracks only require you to place third or higher. The second heat requires you to finish second or higher, while the last four tracks require you to finish first to proceed. You can retry each track up to three times before having to start the entire heat over again. You'll earn a newer, faster car as you complete in each heat and one more before the final race. Which car you get depends on how well you did in the previous races. If you aced the entire heat, and you'll get a faster, better car than you would if you'd finished third in one or more races. These cars can be used in the two-player versus mode or the time-trial mode. Also, an extra trial is unlocked for each car manufacturer as you beat the game with the various cars.

There are two basic types of cars in the game. Drift cars are meant for powersliding, while the grip cars use their additional traction to make most turns without needing to lay down any rubber. The drift cars can maneuver the courses more quickly than the grip cars, but the grip cars let you compete, even though you might not have mastered the art of the slide. Also, Namco's Jogcon controller really brings a lot to the game. The addition of the small wheel makes the control a lot more intuitive, as well as providing valuable feedback (start doing thumb exercises now) that helps you know exactly when to power out of a turn. The track design still revolves around making only a few different tracks, and using variations to deliver different courses, but the rehashing of tracks doesn't stand out nearly as much as it did in the previous Ridge Racer games.

The graphics are simply great. The game moves at a very high, smooth frame rate, and the tracks are filled with detail. Lighting is also well used, and things like brake lights give off tracers in tunnels. The graphics aren't perfect, though. You can sometimes see the opposing cars through walls, and the brake lights occasionally appear in the road if you're approaching the top of a hill and another car is near the bottom of the hill. The soundtrack is a bit more mellow than the previous games, but it still fits into the game perfectly.

Above all, R4 is incredibly fun to play. Unlocking the cars (more than 300 in all, though most are basic variations on a few common themes) quickly becomes an obsession, and the Jogcon adds a ton of depth to the game's control. Sure, you can play with a Dual Shock or even a standard controller, but the Jogcon is definitely the way to play. If you've ever cared about any of the games in the Ridge Racer series, then R4 is definitely the racing game for you. 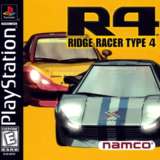 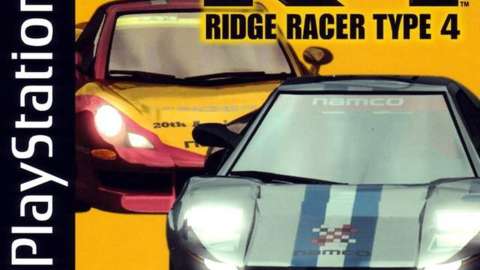 If you've ever cared about any of the games in the Ridge Racer series, then R4 is definitely the racing game for you.