A few new cars and flashy tracks hardly make this game worth the price of admission.

When it came out, the original Ridge Racer was the best 32-bit racing on the market. Since then, other excellent racing games have hit the streets, including Sega Rally on the Saturn and the racing segment of Die Hard Trilogy for the Playstation. Because Ridge Racer Revolution is more like a "volume two" than a sequel, the Ridge Racer franchise has, in effect, been lapped. Players expecting big improvements on the original will be very disappointed.

Ridge Racer Revolution features the same solid racing action of the first Ridge Racer. In fact, this game is a clone of the original, right down to the graphics, game format, and the ever-popular red and green car that many players drove into the ground. The several new cars, mostly named after favorite Nameco games crossed with vegetables (Xevious Carrot?), handle beautifully. A few secret elements have been tossed in, including hidden cars, a small car/big tires mode, and a high-pitched announcer. The 13th "Devil" car is quite enjoyable - its name speaks for itself. Moreover, while in "link" mode it's even possible to change out a car's standard engine. Fun.

Despite Ridge Racer Revolution's claim of three new tracks, there's nothing very exciting here. Only one track (which is a city/country hybrid) truly showcases the Playstation's ability to manipulate polygon graphics. As in the original, longer areas open up as players advance their skill level. The courses are also a bit bigger and prettier than the original, and they feature sleek tunnels and other Ridge Racer standbys. Players will even experience a scenic outdoor, round-the-mountain ride that feels like a bobsled course open on one side. On the downside, the special tracks that materialize in link mode will probably look familiar: They are the novice and intermediate tracks from the original Ridge Racer. But by far the game's biggest and most serious flaw is its inability to support split screen, head-to-head play.

It's worth noting that the music tracks have been tweaked, and are really nothing more than remixes of the catchy tunes from original Ridge Racer. Still the announcer is exciting and comes with tons of attitude. But in the final analysis, a few new cars and flashy tracks hardly make this game worth the price of admission. 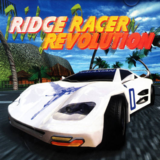 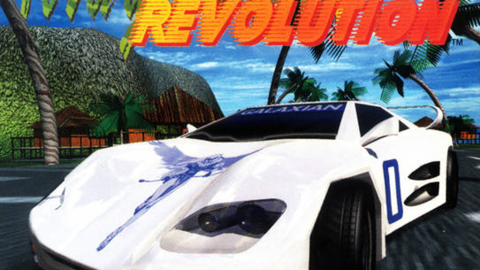 A few new cars and flashy tracks hardly make this game worth the price of admission.