Ridge Racer 64 has to be one of the best racing games ever to hit Nintendo's system.

The Ridge Racer series is one of the old PlayStation standbys. It was there when the PlayStation launched, and it's been getting better ever since. Ridge Racer 64 takes ideas from the first two Ridge Racer games and puts a new spin on them, introducing the arcade racer to the Nintendo 64 in a way that will interest even longtime fans of the series.

The tracks from Ridge Racer and Ridge Racer Revolution are available, as is an entirely new track. You progress through the tracks in grand-prix mode, which takes cars through each track variant (sections are closed off and opened up to make up slightly different tracks) in groups of three. After you beat each group, you're given the option to rerace each track variant against a single car. Beat this car, and you'll unlock it for play in the other modes. The different cars are rated in such areas as top speed, handling, grip, and acceleration. The lower the grip rating, the easier it is to power slide around corners.

The extreme power sliding used throughout the Ridge Racer series is part of what sets it off from other racers. While the idea behind power sliding - purposely losing traction so you can slide around a corner instead of using your brakes to take turns at safe speeds - has remained the same in all the Ridge Racer games, the methods have changed a bit from game to game. RR64 lets you choose which style you like the most between Ridge Racer, Ridge Racer Revolution, and the new Ridge Racer 64 slides. The new sliding style, while totally unrealistic, is very, very cool. You can actually spin a complete revolution while sliding around a turn by initiating a slide and turning in the opposite direction of the turn. It takes a bit of getting used to, and it often looks as though your car is spinning while being jerked around the turn as if your car were on rails, but it's really quite cool, and it never gets tiresome. As with the sliding option, you can also choose between the old style of collisions and a new style. Both styles are annoying in their own way. When you use the new style, there may be instances when a car taps a rear corner on your car and magically warps in front of you. It's rare, but it's enough to make you want to destroy a few N64 controllers. The game controls very well with either the analog or digital pad though.

The graphics in Ridge Racer 64 are decent, but the solid, smooth frame rate is very impressive. The game moves nice and quick, getting faster as you move from stage to stage, and it never drops frames in the one-player mode. Obviously, the multiplayer modes aren't quite as smooth as single player, but they still run very smoothly. Longtime fans of the series have always enjoyed some really great music in each of the games, and while Ridge Racer 64 doesn't quite stand up to some of the previous compositions, it gets the job done.

Ridge Racer 64 makes for a nice introduction to the series, and there's also definitely enough action here for those of you who have been playing Ridge Racer games since the PlayStation launched. With the new course, the numerous cars, and the great multiplayer action, Ridge Racer 64 has to be one of the best racing games ever to hit Nintendo's system. 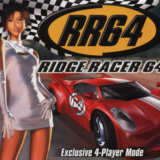 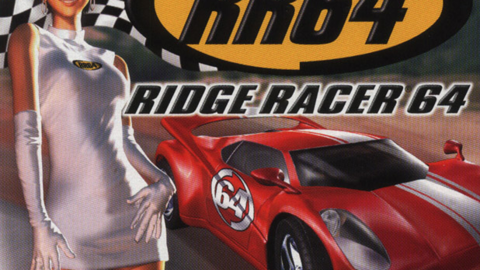 Ridge Racer 64 has to be one of the best racing games ever to hit Nintendo's system.