This unusual music game is as satisfying as it is strange, but the high difficulty limits its appeal.

Rhythm Heaven is an odd entry in the music genre. It captures the same play-along spirit of other musically themed games but has a minigame collection mentality, quickly rushing you from one strange situation to the next. The offbeat nature of these different scenes makes the experience feel loose and freewheeling, and the simple joy of following along with catchy tunes is your lone guiding force. Looks can be deceiving, though. Underneath the happy-go-lucky visuals, Rhythm Heaven hides a fierce difficulty that could halt those cursed with the inability to follow anything more than a simple beat. The quirky encounters and hummable music make this fun for anyone who likes to tap along to the radio, but the difficulty could serve as an unmovable obstacle for players who lack musical talent.

You control Rhythm Heaven using nothing more than your stylus. There are only a few moves to learn, but because of the variety of scenarios, the game rarely gets repetitive. Most of the time, you'll need to either tap the screen, following along with the beat like a drummer, or keep your stylus on the screen to hold a longer note. There is also a flick move, which is used to finish off a particular set of commands with a flourish. For instance, when participating in a glee club, you hold your stylus on the screen to keep your stick-figure character silent, lift up to sing along with your friends, and flick to hit those high notes. The flick translates surprisingly well to the onscreen actions, making it a rewarding way to end particularly tricky sections. However, this move does not always register, especially when you have to quickly flick after completing a string of taps. For the most part, though, the touch screen commands work well, giving you nothing to blame if you're too awkward to follow along with the beat.

Rhythm Heaven takes you down some unexplored roads in the music genre. The standard instruments are here, so you can bang along on a giant drum or play guitar in a ghost rock band, but there are some really strange situations as well. In one stage, you have to take pictures of cars speeding around a track in time with the beat. In another, you play as a ninja dog and have to slice vegetables as they soar above your head. The oddity of the different events adds a lot to the experience, and as each new level opens you'll rush to see what weird idea you'll get to play through next. As clever as the visuals are, though, they can be a distraction. The animations don't always match up perfectly with the music, so if you're using your eyes to know when to swipe your stylus, you'll often be slightly off. Because of this, it's often easier to pass levels by closing your eyes and feeling the music rather than putting your trust in the inaccurate visuals.

Nothing about this game would work if the music were a dud, so it's a good thing these tunes are infectious. Each scenario comes with its own song, so you'll get a wide variety of different musical styles. When mixing love potions with the dreamy scientist, you're treated to a slow ballad that will make your experiment even more potent. In a competitive eating minigame, the fast music provides ample motivation to quickly toss food into your mouth. Although not everyone will love the saccharine fan club song, the fidelity of the different tunes is impressively high. Everything sounds good coming from the Nintendo DS speakers, but strapping on a pair of headphones takes your listening pleasure up to the next level. Everything sounds crystal clear, and some tracks, such as the Easter Island statue duet, sound incredible.

There is one drawback to this otherwise charming, hummable game: It's hard. If you're rhythmically challenged, you'll find your progress stopped quite often. In most cases, the game does find a way to help graceless individuals along. If you fail a song three straight times, you are given the option to skip it and move on to something that is hopefully less taxing. However, this is not always the case. When you get to the end of the first batch of levels, you are never given the option to skip ahead and instead are forced to play it over and over until you master its tricky rhythm. This problem is made worse by a lack of direction in how to be more successful. Instead of offering pointers to people clearly unable to grasp the finer points of the minigame, the game merely says "Try a little harder," which makes your failure all the most deflating. Furthermore, the barometer for success is needlessly high. Even getting the vast majority of notes correct does not ensure safe passage to the next set of levels, and the game never gives an indication of how close you are to meeting its requirements. Although people who are overflowing with musical talents won't have to worry about their progress being hampered, the less rhythmically abled will fight an uphill battle.

Rhythm Heaven is fun despite its demanding nature because it's so charming and silly. The visuals that accompany each level have their own unique touch, making each minigame enjoyable to watch just to see what wacky idea will crop up next. The music is outstanding, providing catchy beats that will stick in your head long after you've turned off the system, and the fidelity is high, especially when you plug in a pair of headphones. It's disappointing that this game doesn't offer multiple difficulty levels, but if you have music in your heart, you'll find something to enjoy here. 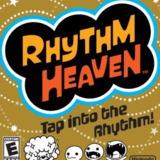 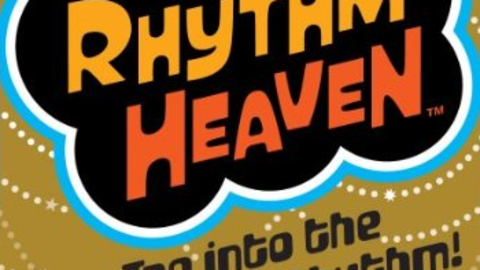 If you can snap your fingers in time to music, you're ready to play this simple but infectious rhythm game. Just tap your stylus on the touch screen to the beat of the music.