RF Online has a compelling player-versus-player component, but the rest of the game is tedious and uninspired.

As full as the market is for massively multiplayer online role-playing games, it seems that there are always plenty of people who are looking for something new. At least, that's what Codemasters is hoping for with its first foray into the world of massively multiplayer games, Rising Force Online. Although the game is your standard MMOG for the most part, it has one significantly unique design element that sets it apart from the crowd.

RF Online is a sci-fi themed massively multiplayer role-playing game that you can play for the price of $50 for the game and $15 a month. It takes place in the galaxy of Novus, where a perpetual war wages between three playable factions: the industrious Bellatos, the mystical Corites, and the mechanical Accretians. The three factions fight for control of the Crag mine core, which produces rich ores that provide economic sustenance. The problem is that there's an epic beast, known as the Holystone Keeper, guarding the mine core at all times. The Holystone Keeper can't be killed, and he will instantly destroy anyone who approaches the mine core. Luckily, the monster can be temporarily fooled into befriending one particular race, depending on the outcome of the most recent chip war.

Chip wars happen three times a day, every eight hours. A chip war is a free-for-all, player-versus-player conflict where control of the mine core is temporarily up for grabs. Each faction has a chip control tower, and the first faction to destroy one of its enemies' towers wins the war and gains the good graces of the Holystone Keeper, effectively gaining a monopoly on mining the core for a period of time. How long that monopoly lasts depends on the health of the victorious faction's own control tower at the end of the war. However, the last person to hit the destroyed control tower can attempt to run the chip back to the mine core. If successful, his or her faction will get a full seven hours to mine under the protection of the Keeper. It sounds like a lot of work just for the sake of digging some ore out of the ground, especially since you don't actually need control of the core in order to mine. But the huge mining bonus you get for controlling the core, plus the morale boost you get from a victory, makes it worth your while to enlist.

Large scale player-versus-player warfare is an appealing concept, and while the frenzied chaos of the battles can be exciting if you're well equipped, you aren't required to participate. In fact, you have to be at least level 25 before you can even damage a control tower, which makes these daily battles somewhat exclusive. You can participate in a player-versus-player battle at any level, but unless you're around level 30 or higher, you won't stand much of a chance. Even high-level characters can expect to die often in chip wars. Luckily, the only penalty for dying at the hands of another player is respawning at one of your faction's bases and having to run back to the battlefield. If you kill an enemy, you earn contribution points, which are used to determine your rank among all the players in your faction, and the highest ranking players for each faction get special leadership privileges.

This race warfare isn't limited to chip wars, either. You'll often run into members of opposing factions in the course of completing quests. You can kill other players as you see them or even go hunting for them if you're looking to earn more contribution points. There are certain areas in the game that are more heavily contested than others, so it's usually fairly easy to avoid getting trounced by other players if you want to. It does seem unbalanced that there's no apparent penalty for simply picking off low-level players, and you'll often see people thrashing players who are away from their computers.

If you aren't into the player-versus-player style of combat, there are plenty of giant bugs, overgrown reptiles, and other exotic creatures to do battle with. You'll get very familiar with all the wildlife in the first half of the game, because almost every quest you get until you reach level 25 just involves killing 20 of these, 10 of those, and so on. The quests and rewards are sent directly to you, so you don't have to bother tracking down a non-playable character. You can check your journal to find out exactly where you need to go to find the creature you need to kill. It's convenient, but the lack of any context for the quests makes them feel entirely perfunctory. Occasionally you'll get some background information about why the quest is necessary, but it's never very compelling. Capturing 20 of a certain type of creature to help some scientist compile a report on the natural history of the planet is a pretty flimsy story to begin with, but when you get several quests with the same story, it just starts to feel lazy. There's no attempt to disguise the fact that the quests are simply there to make you to grind your way through level after level. It would be just as easy to turn you loose at the beginning of the game and say, "Get to level 25 so you can participate in the player-versus-player battles." It also doesn't help that every race gets the same quests, so even if you create multiple characters, you pretty much have to play the game in the exact same way every time.

The combat itself is equally uninspired. When you click on a creature, you'll see the name of the creature and anywhere from one to seven colored dots. The more dots that are lit up, the higher level the creature is. You can kill a low-level creature in one or two hits, but high-level battles can take quite awhile. Even if a creature is several levels higher than you, you can still have a fighting chance as long as it isn't strong enough to kill you in a single hit. You can chug healing potions at will, because the cooldown time is only a couple of seconds. As a result, you can take on creatures that are way out of your league as long as you keep your finger on the potion button. It helps that potions are relatively cheap, and money is easy to come by. It removes any sense of strategy from combat, though, because you simply have to hit the potion key every few seconds and maybe use a special attack every so often just to speed things up. If you do happen to die, you'll be penalized anywhere from 5 to 20 percent of your current level of experience.

Your effectiveness in combat has to do with the gear you equip and the skills you use. There are a few dozen skills divided into four tiers that can be used by any character, regardless of class. These skills can all be assigned to the function keys on the keyboard, making them quick and easy to activate. There are also class-specific skills that you can learn as you reach higher levels in the game. Most of the skills are basic buffs or special attacks, and the skills become more powerful as you use them.

When you start the game, you can choose from four base classes, unless you choose the robotic Accretian race, which doesn't have any magic users. The classes are warrior, spiritualist, ranger, and specialist. When you reach levels 30 and 40, you earn a class promotion, which allows you to further specialize in terms of skills and proficiencies. Despite that, the fact that there are only four basic classes that are mostly the same for each race makes your options seem limited.

The major difference between the races is prevalent only at higher levels in the game. Each race gets a special weapon at level 30. The Corites get summons; the Bellatos get MAU's, which are giant mechs; and the Accretians get powerful launchers, which are massive, deployable guns.

As with any role-playing game, a major component of RF Online is item collecting. Enemies drop loot as they die, which you can pick up and use, trade, sell to non-player characters, or put up for auction. Most loot consists of raw materials that a specialist can use when crafting items, but occasionally you'll find a weapon or piece of armor, as well. There isn't much variety in the items in the game, though. Since every character uses the same few items, you'll end up seeing a lot of cookie-cutter people running around with the exact same equipment as you. The lack of breadth saps the excitement out of hunting for rare items, since there aren't that many items to find.

The items that are in the game look good, even if you do end up seeing them on every person you encounter. There are massive beam axes, ridiculously long swords, glowing staffs, huge guns, and so on. The armor looks nicely detailed, if a bit garish at times. The three races each have a distinct style, and the character models all look detailed and animate well. Again, the problem is that there are only a handful of models for each race, so everyone you see looks exactly the same. The creature models are nicely detailed and show a good variety in size and morphology, although you'll see some models used several times throughout the game, only they'll be different colors to indicate a higher level.

The environments look fairly good at times, but there's a lot of empty space in the game, which means that most of the time there isn't anything interesting to look at. That empty feeling is compounded by the fact that you have to run everywhere you go, since there aren't any mounts in the game. It's awfully boring to spend 10 minutes running through a barren wasteland with nothing to see but fuzzy ground textures and blocky landscapes. What's worse is that there's a stamina gauge, and if you run out of stamina, you can't run anymore and instead have to walk at a painfully slow pace until your gauge refills.

The sound in the game is about what you'd expect, but it works well here. The music is mostly excellent, with appropriately dramatic orchestral tunes and fast-moving electronic beats that match the action well. The sound effects are the standard clashes and clangs of weapons and grunts and hisses of enemies. It all sounds good, but it's nothing you haven't heard before.

RF Online is built around an interesting three-way race-war dynamic that offers a refreshing change of pace from the standard player-versus-environment questing. Unfortunately, you have to spend a long time grinding your way up to the appropriate level to experience the best parts of the game. As fun as the chip wars are, they aren't quite worth all the time and effort it takes to reach a level where you can enjoy them. As it is, RF Online is a bare-bones massively multiplayer online role-playing game with one great mechanic mired in hours of derivative, uninspired gameplay. 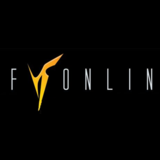