Revelations 2012 is garbage, and you shouldn't play it.

The end of the world has arrived, and things are looking grim.

Ancient Mayans swarm sacred temples, running up and down walls as if the laws of gravity have been repealed. Boulders pop into existence and fall to the ground, squishing you underneath. Your friends fall down shafts to their deaths, as they have somehow become incapable of using ladders. These and other horrors await you in Revelations 2012, an incompetent co-op shooter that tries to ape Left 4 Dead but gets almost nothing right. If this ridiculous game actually represents the near future, we might as well just give up now.

The incompetence begins with the cooperative campaigns. You join up to three others to fight your way through hordes of natives in loincloths and witches zapping you with magical green plasma. In the likely event you don't find anyone to play with, AI cronies fill in. But these computer-controlled morons have apparently lost their brains in the Mayan apocalypse and are incapable of behaving in any sensible manner. They can't pick up the healing or ammo items enemies drop on the ground. They can't use secondary fire, are unaware of deadly booby traps, and sometimes stand around doing nothing. Even on easy difficulty, you might be unable to get past the second of five campaigns: the AI easily gives up the ghost, and you end up fighting a miniboss that renders you unable to move and shoot with every ground pound.

You might be lucky enough to have friends who have a billion more brain cells than these cretins, but they won't remain friends for long if you force them to wade through this mess. Everyone gets the same mystic weapon that can morph into different forms: magical sniper rifle, magical peashooter, and magical shotgun. But regardless of what form you use, there's no sense of power. The audio is atrocious: water pistols sound more powerful than your weapon's mild peeps and clicks. When you kill foes, their skin melts away and their skeletons dissipate, which is a neat little effect. Another nice touch: sometimes your enemies lose limbs and pull their legless torsos along. But there are no animations to indicate impact; you just fire piddly lasers or swipe at your attackers until they fall down dead.

You encounter dozens and dozens of ancient dudes as you roam about slapdash environments that have no sense of design or pacing. You run around looking for levers to activate, grab some skulls, encounter a final boss, and everything is done. And every moment is laughably bad. The tribal hordes behave in the oddest ways. They climb up poles and columns for no apparent reason, defying physics as we understand them. They jump on top of swinging traps and get deposited on an AI companion's head. They even fall from above and get stuck midair, their legs treading ceaselessly as if in contact with the ground.

The "gotcha" traps are insane. A boulder rolls down a hill from behind, or a spiked log suddenly swings toward you, but there is no audiovisual cue indicating such an occurrence is possible. A dense field makes it impossible to see what you're shooting at. In one area, you navigate a trap of spears that move to and fro, but the spears aren't spaced or timed properly, and are not collision-enabled; it's impossible to get through undamaged. You deal with a set of rising and falling columns immediately afterward, where another legion attacks you in a dramatically tiny space. It's all so depressingly horrible.

All the while, your companions spout occasional quips, Left 4 Dead style, but have no discernible personalities aside from "obnoxious twerp," and have nothing interesting to say. (Endless profanity doesn't make for fascinating characters.) There isn't even anything interesting to look at in all this mess. You move from boring tan corridors to jungle clearings with low-polygon bushes. Light sources are static, textures are low resolution, and shadows are often nonexistent. There's no sense of art direction. Trees, statues, and sad brown flowers look randomly placed, as if someone just threw these objects into the level without any consideration of an overall aesthetic.

Revelations 2012 doesn't skimp on content, with five campaigns of multiple levels each, and several competitive modes, though your chances of finding a competitive match are even lower than finding a cooperative one. One of these modes could have been great: Battlegrounds. Conceptually, it's a mix of first-person shooter, real-time strategy, and online battle arena. Players on each of two teams must take down defensive towers as they push toward the opposing team's base and face a final boss. But they also command respawning minions, ordering them to battle opposing forces and defend key areas.

It's a cool idea utterly destroyed by execution problems. Minions get stuck trying to cross bridges and won't move. On one map, you use glowing portals to teleport into your enemy's base, but huge minion collisions can turn the battle into a horrible joke. But hey--if you get bored during the resulting stalemates on this map, you can also hit a key and watch your character dance a dumb jig from a third-person perspective. Heck, you can even shoot stuff while you do it, all while your own avatar performs animations that have nothing to do with shooting.

Perhaps Revelations 2012 is a sign of the times. If so, pray hard to the deity of your choice, because the end is nigh. Whatever you do, don't waste your precious last moments playing this horrendous shooter.

View Comments (273)
Back To Top
1.5
Abysmal
About GameSpot Reviews 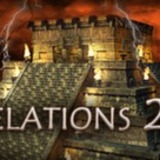 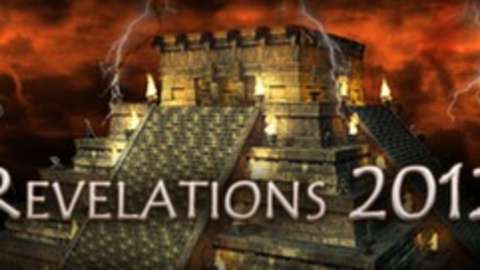