Resogun is a supercharged reimagining of the classic 1980 arcade game Defender. From a presentation standpoint, the unorthodox use of voxels makes it a bit of a curiosity, too. These tiny building blocks allow the environment to crumble when enemies crash and explode nearby, culminating in the total destruction of every stage. It's destructible environments taken to the extreme, and an impressive display of next-gen technology to boot, but Resogun isn't a game that relies on visual gimmicks.

Comparing Resogun to Defender gives you a basic understanding of the game's structure. Both are side-scrolling spaceship shooters that let you freely move left or right and encourage you to rescue stranded humans sprinkled throughout each stage. However, Resogun is a bit different from its muse, with the playing field wrapped around a large cylinder, rather than represented as a looping 2D map, and most importantly, your ship has far greater firepower and maneuverability than your the meager ship in Defender. With these modern trappings, whether you're zipping through waves of enemies, luring them into a trap, or decimating entire phalanxes in a flash, there's rarely a lull in the action.

The near nonstop assault on your ship comes from a variety of enemies, some small and some large, with different flight patterns and behaviors. There are swarms of gnat-like vessels that track your movement, free-floating laser cannons that can block your path, and other ships that divide into smaller but equally deadly units upon impact. Quite often, you can fly to a less-populated section of a stage and catch your breath when things get too frantic, but at some point, you have to face the enemies you left behind.

On top of your battle for self-preservation, there are other lives worth fighting for. Throughout each stage, 10 or so human captives await rescue, which comes only when you shoot down green "keeper" ships. These enemies fly solo or in groups, appearing for brief windows of time before slipping out of sight for good. Felling these wardens-in-flight frees a particular captive, who aimlessly wander around the level, waiting for a ride home before they're recaptured. If you're shot down while the humans are on the ground, or if you ignore them for too long and lose sight of the keeper ships, it's the end of the road for the unfortunate humans. But should you manage to scoop them up and deliver them to one of two tractor beams at the top of the stage, you collect a reward in the form of points or equipment upgrades.

It's challenging to focus on keepers and humans when you've got problems of your own, but shield and weapon upgrades are vital to your continued success. They allow you to absorb an extra hit and extend the strength and reach of your weapons. You constantly need to balance the associated risks and rewards of trying to be a hero. Making the most of a situation and getting out alive requires quick reflexes. Thankfully, Resogun's controls are tight, and you've got three abilities to exploit along the way.

Each of your three ships comes equipped with a trio of tools: boost, overdrive, and bombs. Bombs in Resogun do what any good bomb should: blow up everything in sight. There's a trade-off to consider when chasing high scores, though. With no enemies to shoot, it's next to impossible to continue chaining kills quickly enough to build up your score multiplier, which is the key to hitting the top of the leaderboard.

When enemies die, be it from a standard cannon or a bomb, they leave behind a collection of green voxels that you can collect to fill your ship's overdrive meter. Once your meter's at capacity, activating overdrive expends this energy as an enormous jet for a limited amount of time. Boost might not sound like an ability that feeds into your ship's destructive tendencies, but this evasive maneuver ends with a bang, killing anything in close proximity. Unlike with overdrive, you have control over the duration of boosting, allowing you to strategically conserve resources, or plow into enemy ranks, destroying them from within.

Live long enough to see the end of a stage, and you're rewarded by a meeting with one of Resogun's five gigantic bosses. Unlike typical ships, most bosses come in complex and unusual forms. You can attack some of these juggernauts freely, but other bosses require pinpoint marksmanship. The first stage boss, for example, is a giant two-tiered ring with laser cannons floating in the space between each ring. You have to shoot your way through the first ring and navigate the laser-filled void to reach the boss's weak spot in the middle. It's not a ground-breaking boss design, but it does change up the pace of Resogun's core gameplay between stages.

Bosses are also relentlessly strong. In the game's later stages, surviving a boss's onslaught is next to impossible without enough extra lives and bombs to turn the tide in your favor. In these cases, the biggest challenge is the fight leading up to the boss. Fail to play your best, and it's easy to end up at a boss with little hope for success, though even if you have a healthy stash of extra lives and bombs, you can't brute-force your way through a fight. These unforgiving confrontations motivate you to perform at your best, making victory that much sweeter when it comes.

Resogun's controls, presentation, and rapid-fire enemy assaults make for an exciting experience. You're constantly under pressure, practically suffocating behind swarms of enemies, but you're never without the means for survival. In this way, playing Resogun is an exercise in twitch gameplay and decision making, triggering a rush of adrenaline and testing the limits of your ability. It helps that the accompanying beat of the techno-laden soundtrack and the constant trickle of voxels are mesmerizing, pulling you into the moment every step of the way.

The only downside to Resogun is the short-stack of levels you get to explore. There are four difficulties to choose from, which provides a bit of variety, but the game's five stages don't stay fresh forever. Having three ships helps, but it doesn't take long for the flow of surprises to dry up and the race for high scores to take over. That said, Resogun remains fun to play even when the joy of discovery fades away. It's classic arcade action imbued with hard-hitting artistic and gameplay elements. Falling in love with Resogun is easy, and mastering it is challenging, and the combination of these two qualities makes Resogun almost impossible to put down.

Editor's note: Resogun's online coop mode was not available when this review was published. As such, it will be updated accordingly once the feature goes live.

View Comments (125)
Back To Top
8
Great
About GameSpot Reviews 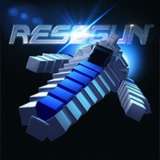 Peter's a hardcore shoot-em-up player with years of experience with the genre, and he blasted his way through the first two difficulties for this review. 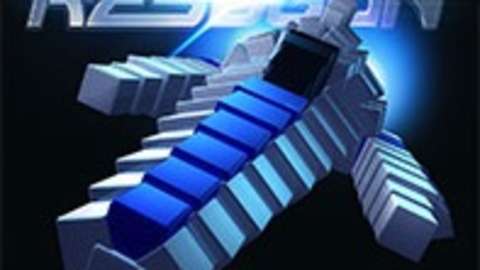 Resogun is an intense fast-paced shoot em' up developed exclusively for the PS4.