The only thing scary about this light-gun game is the dreadful shaky camera.

Throughout the years, the Resident Evil series has played host to a number of first-person shooter experiences, some of which were more ill-fated than others. Sticking close to the successful story-driven, on-rails formula it established with 2007's Resident Evil: The Umbrella Chronicles, developer Cavia has crafted a more coherent but ultimately less impressive follow-up in The Darkside Chronicles. Though fans will certainly appreciate the plot--especially the never-before-seen story of Leon S. Kennedy and Jack Krauser--extensive overuse of a terrible shaky-cam perspective and cheap surprise tactics make this a hard sell on a console not exactly starving for quality on-rails shooters.

When Leon and Krauser are sent to a small South American village to stop an ex-drug lord suspected of being in league with a researcher from the sinister Umbrella Corporation, things get out of hand fast. As in nearly every populated area that Umbrella touches, zombies and much worse are on the loose, forcing the duo to shoot their way to answers. Along their journey, Leon briefs his partner on Umbrella's dark history by recounting through playable campaigns how he survived the fall of Raccoon City and how his last partner, Claire Redfield, escaped the Rockfort Island detention center. These abbreviated visits to the events of Resident Evil 2 and Code: Veronica are sure to please series fans with some nostalgic moments. But even if you've never battled with a Mr. X Tyrant or visited Umbrella's Antarctica base before, the three story campaigns are thematically linked together in such a way that your newfound knowledge of the past can help make sense of the present.

Because Resident Evil: The Darkside Chronicles is an on-rails shooter, you have very few choices to make in its world outside of the occasional branching path. Instead, you travel along a preset route entirely within the confines of a first-person perspective meant to make you feel as though you are really in the action. While on some level the shaky cam succeeds at this by amping up the tension, it's mostly just annoying because it constantly moves in unrealistic ways, making precision shots almost impossible. This is especially egregious during boss fights when you have only narrow windows of opportunity to save yourself from damage with an accurate attack. Though Darkside tries to make up for the camera shortcomings with an auto-lock feature that lets you lock on to a target you hover your cursor over, this is available only on the easy difficulty setting, and there are times when it doesn't work effectively.

The camera isn't the only problem with the gameplay. Resident Evil: The Darkside Chronicles relies too much on unbelievably cheap surprises, and it's not uncommon to clear out a long hallway, briefly check behind you, and then turn back to find that a fresh wave of zombies--one of which is already in mid-attack--has somehow teleported right there. Furthermore, the distance from which enemies can attack you is incredibly inconsistent, meaning you can never be sure when you're at a safe range. There are times when you can dodge damage by successfully waggling your remote or hitting an onscreen button prompt at the right moment, but this is possible only during seemingly random occurrences--a boss's particular attack pattern might be escapable sometimes but not at other times, which is frustrating and not very fun.

Throughout each of the campaigns, you're paired with a partner who is supposed to help you survive. Unfortunately, he or she doesn't ever really do anything, and you have to keep an eye on their health meter in addition to your own because your game will end if they don't make it too. Luckily, a friend can hop in to provide some real support, though oddly enough they can't join a game in progress. Whether you're alone or with a friend, it's to your benefit to blast around the screen during any downtime to find hidden gold or collectible file archives. Between missions, scavenged gold can be spent upgrading your weapons--which carry over from one stage to the next, regardless of your campaign--in a variety of ways, and archives can be accessed to help augment your knowledge of the story. Many of these hidden treasures will be missed on your first play-through, which means completionists will find value in replaying missions, especially when factored in with the online score leaderboards, unlockable "titles" (achievements), and unlockable bonus features.

Darkside authentically re-creates some of the more memorable locations from the Resident Evil history and successfully captures much of what made them so distinctive the first time you experienced them. Visually, it's a noticeable improvement over its predecessor, and the gritty look of the various locales further help to establish the game's atmosphere, as does the return of a cast of familiar voices and theme songs that any fan will recognize.

If you're looking to take nostaglic trips through locales like the Raccoon City Police Department and the Ashford family mansion, The Darkside Chronicles has you covered. Even the new South American scenario appears crafted primarily to cater to series aficianados. This is not to say that extensive knowledge of the Resident Evil universe is required to jump into the adventure, but the motion-sickness-inducing camera and inconsistent gameplay are huge hurdles to overcome for someone not already invested. On a platform where great on-rails shooters like Dead Space Extraction and House of the Dead: Overkill are boldly taking the genre forward, The Darkside Chronicles feels a little too much like a trip back in time. 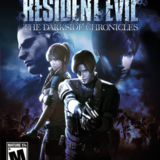 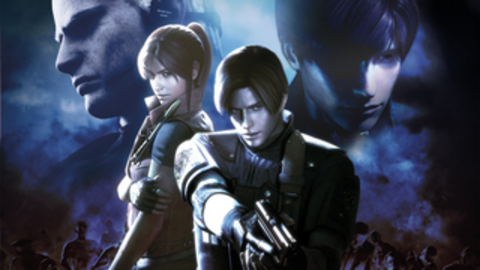 7.9
Sign In to rate Resident Evil: The Darkside Chronicles