Resident Evil: Operation Raccoon City is a frighteningly flawed action-heavy spin-off that withers in the shadow of its superior alternatives.

The monstrous mutated scientist stares you down, but you aren't worried: you've got powerful guns at hand and three teammates at your side. But just when you think you know the rules, Resident Evil: Operation Raccoon City breaks them.

At first, you can't turn and run; all you can do is slowly back away and shoot. If you brought a shotgun to this unexpected battle, sorry: you really should have brought an assault rifle if you wanted to be effective here, assuming you have enough ammo in the first place. Eventually, you're allowed to flee, but the game doesn't tell you that, and so you back into the streams of flame bursting from the corridor's walls. Want to run past the beast? There's an invisible barrier on either side. You'd suppose that AI-controlled teammates might help, but they're not even in view, apparently filing their nails in the corner while you get caught in an inescapable series of knockdown attacks. The entire scene is absurdly bad, as if the game is actively working to make you hate it.

The game's problems are a true shame considering the possibilities. The aforementioned boss fight versus the infected William Birkin puts an intriguing spin on events you might have already witnessed in previous Resident Evil games. You're a member of Umbrella Security Services' special Wolfpack team in Raccoon City, where the T-virus has turned the population into voracious zombies, and mutant dogs lurk in shadows, ready to ravage the defenseless. From this new perspective, you face a glowering Nicholai Zinoviev and watch Ada Wong wilt in Leon Kennedy's arms. You infiltrate storied locations like the Raccoon City police department, and fight off zombies in front of the Kendo Gun Shop. Some of these regions are legitimately atmospheric: city streets are awash in a neon red glow, and ominous-looking equipment hints at the atrocities that occurred within Umbrella's underground laboratory.

You might miss some of the more subtle touches, however, given how dark Raccoon City is. This is a Resident Evil game, so you expect to push through pervasive gloom. But environments are poorly lit, everything cloaked in a dim cloud that obscures your vision without ramping up tension. (Compare this visual design to the infinitely superior Left 4 Dead 2, which provided proper visual contrast and still elicited your innate survival instincts.) The problems don't end here, though: Resident Evil: Operation Raccoon City drowns in its own flaws, many of them so basic it's a wonder they appeared in a final product.

Consider the cover system, a core component of third-person shooters like Raccoon City. Here, you don't need to press a button to take refuge behind a wall or curb. Instead, you lumber up to it and automatically stick--a fine idea in a world where games are able to read your mind. Raccoon City, sadly, does not exist in such a world, and so you slip into cover when you rub against a shelf, or fail to stick to a wall that, for some unknown reason, won't let you take cover at all. You may seek to pop out and take potshots, but instead slide around the corner, as if volunteering to become a targeting practice dummy.

The shooting model is functional, at least, each weapon handling more or less as you expect it to. There's little joy to the shooting, however, because the weapons don't feel particularly powerful. Normal zombies twitch and lurch based on the impact of your bullets, but enemy forces and larger monsters like hunters don't always react to your shots, so you don't get that sense of power you expect from a shooter. It doesn't help that enemies are bullet sponges. It takes seemingly forever for foes to die, so you and your teammates pump out clip after clip, hoping that it's enough to take down that nasty T-103. Well, you might expect a tyrant to take such a beating, but when it's a bunch of lickers absorbing all this damage, the action stops being fun and becomes a slog. How perplexing, then, that the game would be so stingy with ammunition, considering how much you have to waste on these foes. You find yourself without ammo frequently, and scavenging environments for bullets so you can shoot your guns is far less entertaining than actually shooting them.

There's a reason that co-op shooters like Syndicate and Left 4 Dead have comprehensible rules regarding the placement of ammo stashes; the resulting ebb and flow allows you to focus on the shooting and gives teams a moment to refresh and regroup. Raccoon City has no such rules in place, though this is hardly the only area in which the game deviates from the norm. Of course, we should want our games to rethink traditional mechanics in interesting ways, but developer Slant Six's deviations come at the cost of fun. One such example: you can't tumble out of the way of a charging hunter, but you can sprint forward and belly flop--always a treat when you wanted to run toward a health-giving herb, but then leap on top of it rather than consume it. Another example: for some reason, you have to shoot the locks off of special weapon containers before you can collect the gun within. Perhaps this was meant to deliver some tension, but it just feels like a waste of time and ammo.

And so it goes in Resident Evil: Operation Raccoon City, where imperfect concepts are imperfectly executed. If you play with AI teammates, make sure to stay alive: they are incapable of reviving you should you fall. (Somehow, most other co-op shooters have solved this AI conundrum.) Actually, these loons are incapable of many basic AI functions, such as avoiding blazing fires that burn them to a crisp. Human partners can revive you, of course, but not if your limp body disappears beneath the ground. Or perhaps your buddies might get tripped up by all the grenades and ammo littering the ground next to you, forcing them to dance around until the correct button prompt appears. The sloppiness comes to a head in the final sequence, where the game forces you to make a nonsensical choice and engage in a messy, anticlimactic firefight. And then the credits roll, four or five hours after the campaign began.

There are glimmers of entertainment here, though--moments of legitimate fun when things come together. Picking off one zombie after another in a series of headshots is a hoot thanks to the copious splatters of blood that erupt. Freeing a teammate from the grasp of a licker's snapping tongue instills a sense of camaraderie, as does healing multiple victims at once with a health spray. Then there are special abilities, like planting a mine and blasting an undead horde into smithereens, that give you brief moments of joy. And don't forget the brutal melee kills, which finish off zombies in fine fashion, even if the melee system itself is clumsy and overpowered.

Even the infection mechanic had promise, though it too is let down by the item scarcity and abysmal AI. The gist: a zombie might infect you with the T-virus. You can heal yourself with an antiviral spray, but if you don't have a can, you end up sprinting about, hoping the telltale blue glimmer catches your eye before you fall victim to the virus's deadly curse. Should you fail, the AI takes over for you, and you can only watch as you barrel toward your teammates, who have no choice but to shoot you down. If you play with others, no harm done: they can revive your limp body and you live to fight another day. Your AI teammates, on the other hand, don't have the intelligence to restore breath to your downed lifeless corpse.

You might also become infected in Raccoon City's competitive modes, where human players join the undead in their relentless quest to murder you. There are four modes on offer, two of which had real promise. The most enjoyable of them is Biohazard, in which G-virus samples appear on the map, and teams race to collect them and return them to their home base. That aforementioned mine might come in handy again here, should you plant it near the enemy's home area. (Like zombies, other players blow up real good.) The other promising mode is Survivor, in which two teams mow each other down while waiting for a rescue helicopter to arrive. The helicopter has limited seats, and some heated action can occur in that mad dash to safety.

Team deathmatch variants called Team Attack and Heroes round out the selection. No matter which mode you prefer, however, you run into some of the same problems as in the campaign: flaky cover mechanics, long animations leading to damage loops, and so forth. Weapon imbalances are also a problem. Raccoon City has a persistent leveling system in which you earn points that can be spent on new weapons and abilities. You can earn more powerful weapons in other shooters, of course, but pistols rarely make you an unstoppable killing machine. In Raccoon City, that Lightning Hawk pistol, combined with the game's quick draw aiming system, gives you an edge over players with dinky weapons like heavy machine guns and bolt-action rifles.

The promise of more guns and special abilities might seem like the right kind of lure for shooter fans looking to make Raccoon City their home, but this home is a broken one. The newest Resident Evil aims for Left 4 Dead, but has none of its wit or precision. Where other multiplayer shooters invite you to play again and again, Resident Evil: Operation Raccoon City's co-op campaign pushes you away. You could go back for collectibles, but why would you return to something that isn't fun? Like many of this game's design choices, it just wouldn't make sense.

View Comments (105)
Back To Top
4.5
Poor
About GameSpot Reviews 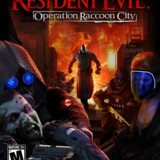 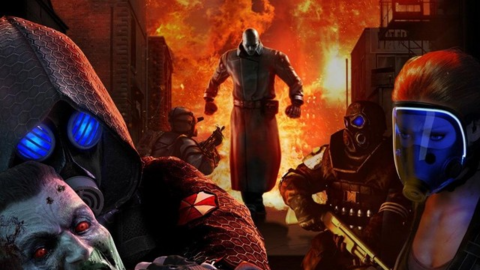 Resident Evil: Operation Raccoon City takes the series in a completely new direction and offers a style of gameplay yet to be seen from the franchise.