Resident Evil Code: Veronica X is an excellent port of a game that was released a year and a half ago.

This game picks up where Resident Evil 2 left off, with Claire Redfield continuing the search for her brother Chris. One of the few surviving members of special police unit STARS, Chris Redfield went missing during an investigation of Umbrella, the mysterious corporation that's behind the zombie outbreaks that appear throughout the series. Resident Evil Code: Veronica X begins with an incredible computer-generated opening sequence in which Claire is captured while infiltrating one of Umbrella's remote island bases and subsequently freed following a devastating attack by a rival company. Your goals are straightforward, though not easy to accomplish: Escape the island before it's completely overrun by zombies and monsters, find your brother, and try to shut down Umbrella once and for all.

Unlike previous games in the series, which were viewed from static shots of rendered backgrounds, Resident Evil Code: Veronica X is made up of polygonal environments viewed from still positions that occasionally shift to let you see around corners. It may seem like a minor difference, but it adds a lot to a series that's been in danger of growing stagnant by not keeping up with improvements that other games have been making to the formula that the Resident Evil line popularized. That is to say that if you've ever had a problem with having to swivel your character around like a tank in Atari's Combat, disliked having to constantly backtrack to pick up items, or been frustrated by how little ammunition you've had to fight enemies with in a Resident Evil game, you'll have those problems again here--but at least the camera's been improved.

The graphical differences between the Dreamcast and PlayStation 2 versions of Code: Veronica are similar to those between the Dreamcast and PlayStation 2 editions of Tecmo's Dead or Alive 2. The models and backgrounds aren't as clearly defined in the PS2 version, but the colors are more distinct and objects blend into the environments better. If you had to choose which version looked better, the PlayStation 2 edition would probably win by a hair, but both have their plusses and minuses. Either way, the game looks gorgeous. It has some of the best CG sequences in any game yet, and it has in-game graphics that look better than the CG sequences found in other games. It's definitely a game where the creators pulled out the stops in establishing the proper atmosphere. There are numerous different zombie models in the game, each with its own horrific expression and partially eaten or decomposed physique. Lightning rages in the background during key scenes, creatures burst through walls when you least expect them to, and the soundtrack routinely builds to a frantic pace just after lulling you into a false sense of security. The storyline may have a few cheesy and strange moments, but it's an excellent culmination of the plotlines started in earlier games and is often quite gripping.

But seeing those plotlines finally resolved will take some time to do. Resident Evil Code: Veronica X is a huge game that requires many hours to beat and then also offers extra modes, such as a battle mode in which you must fight your way through a gauntlet of enemies. If you perform well in it, you can unlock a first-person perspective, as well as other playable characters and weapons for use within the mode.

Without a doubt, Resident Evil Code: Veronica X is an excellent port of a game that was released a year and a half ago. The PlayStation 2 version does everything that its Dreamcast brother did as well or better, and it boasts an extra 10 minutes of FMV footage detailing series villain Wesker's involvement with Umbrella (something that makes the game's story seem more complete but doesn't warrant purchasing the game on its own). The dark side of the porting issue is that the game has definitely lost something over the last 18 months. In that time, games such as Sony's Extermination and Capcom's own Onimusha have arrived on the scene with better control, less backtracking, more straightforward puzzle-solving sequences, and plenty of weapons to complete the game with. While neither game has surpassed Resident Evil Code: Veronica in quality and scale, they have succeeded in making these aspects of the game seem dated by comparison.

Resident Evil Code: Veronica X is clearly the best game yet produced for the survival-horror subgenre of adventure gaming, in spite of its flaws. This should speak volumes on just how compelling the game can be and how high its production values are that they can outweigh these other issues, but it should hopefully also make it abundantly clear what areas the series needs to improve to continue to impress us as much as this game has done. 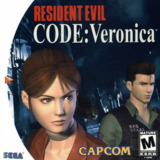