Capcom's survival horror classic shines on Oculus Quest 2, making it a must play version for fans that can.

Remember Resident Evil 4's original GameCube case? The one that said "Only For" in the corner? It's hard to imagine now, considering the game has been ported every which way, to the Nokia phone and back. But despite its acclaimed status, all its ports, and the modest visual facelift it has received over the years, one thing remains woefully unchanged and firmly cements Resident Evil 4 in 2005 when it was originally released: those damned tank controls. Even the Wii Edition (the best port of the game, I must say) was shackled by its rigid movement. That is, until Resident Evil 4 VR, which presents the game in its best light since its original release.

Playing through the action-horror classic on the Oculus Quest 2 has given me a feeling I've wanted since first finishing RE4 16 years ago on the GameCube: the sense of experiencing it for the first time all over again. And that feeling is downright awesome.

From the ground up, the game has been meticulously recreated in Unreal Engine 4 in uncanny detail to fully function in VR, and the result is so impressive; it's nothing short of magic. From upscaled textures, to sound effects, and animations, RE4 can now be seen--quite literally--through an entirely new lens. Stepping into the shoes of protagonist and pretty boy Leon S. Kennedy on a mission to save the president's daughter has never felt cooler, nor has the horror representation of eastern Europe ever felt more frightening.

Nearly everything has been updated to accommodate VR: your equipment is now accessible on your physical body--grab at your waist for your pistol, shoulder for your knife, chest for a grenade, and utility belt for weapon magazines. This means physically loading your gun and cocking it before firing it off, unsheathing your knife to break open crates, or pulling the pin on a grenade and letting it cook before tossing it at the feet of some Ganados. And performing nearly every action made me feel like a total president-daughter-saving badass.

VR has excelled at first-person combat, and it shines exceptionally well in RE4VR. Shooting dynamite out of someone's hands, juking out of the way of a thrown hatchet, unloading a submachine gun with one hand and pulling out a pistol with the other to shoot off enemies next to me, all felt so satisfying. Even just opening cabinets was an oddly thrilling new way to interact with a world I know so well.

Pumping a shotgun and squeezing the trigger point-blank in an enemy's face, followed with a blood-drenched explosion of their skull, only for tentacles to erupt from their neck up close and personal in VR is gasp-inducing, and even when I was shaking with anxiety, I had a smile on my face from ear to ear.

While its combat is far more versatile in ways the original never could be, like dual-wielding a knife and pistol, or a shotgun and sub-machine gun, don't be fooled: the odds still stacked against me and each onslaught of Ganados felt harrowing--RE4VR still manages to capture the tension and stress of the original very well. And, honestly, dual wielding and guns blazing is rarely a route worth taking, as it can be a waste of resources. There's no denying it got me out of some dire situations, though.

As previously mentioned, actions that were once a simple button press now require physicality from the player, like opening cabinets, drawers, toggling switching, turning door keys, and solving puzzles--it's all done using real-life motion. It's a little touch, and not an entirely remarkable idea for a VR title, but it remains effective in elevating the Resident Evil 4 experience. Being able to pull open drawers, or slowly ease through a door to see what's around the corner, has a huge impact on immersion and helps the game feel like a new and modern experience. Even saving on a typewriter now involves physically pressing the mechanical keys of an early 20th-century typewriter. It's such a simple delight.

Resident Evil 4 VR presents the game in its best light since its original release ... Playing through on the Oculus Quest 2 has given me the sense of experiencing it for the first time all over again

Some things are locked to button presses, and rightfully so, like jumping out a window or hopping over a barrier, which switches to a third-person perspective in those moments. For me, who experiences minor motion sickness, I was grateful for this, but your mileage may vary. You can also opt to remain in first-person thanks to an option found in the settings.

Seeing RE4's iconic enemies and environments up close emphasizes the feeling of experiencing it for the first time again. I watched a Ganando creep towards me while I fumbled to reload my pistol. I noticed detail in their face I had never seen before: eyes vacant and googly, with their mouth slightly ajar and crooked. It made an already unsettling enemy feel far more eerie and intrusive.

Environments I had seen a dozen times before in my previous console playthroughs felt all the more engrossing. I took more time to observe the haunting Victorian paintings in the castle, or the cart filled with corpses by the farm. Just looking at the dirty water in the well as I reached into to pick up treasure made me want to wash my hands in real life.

The accessibility options are plentiful, with many available to accommodate player needs in VR. They range from full motion to standing, sitting down, and allow adjustments for whether you're right- or left-handed. There are also different modes of interaction, such as Immersive, which puts all the gear and weapons on your physical body, or Comfort mode, where your arsenal can be switched and rotated through with a few button presses. Additionally, there are a wealth of options to tweak and finesse your ideal playing experience. I played in Immersive mode, standing, with teleportation movement, and quick 180 turned on, for the entirety of my 13-hour playthrough (spread out over 1-2 hour increments), and seldom experienced any discomfort.

But not everything works as well as it's intended. Counter moves in particular are a mechanic I abandoned using early in my playthrough. Counter moves, like kicks and suplexes, can be performed after stunning an enemy by shooting them in the knees or in the face. In these moments, I found myself clumsily fumbling to get close enough to an enemy to press the button and initiate the attack, often completely missing the window of chance and thrusting myself into harm's way unintentionally. The action felt clumsy and unintuitive compared to the physical motion of everything else, so I eventually stopped using it.

Some boss fights also don't translate smoothly into VR. Del Lago, the swamp boss fight, in particular, proved to be a point of frustration. Controlling the boat, while being pulled along by the giant beast, and having to simultaneously load a harpoon gun and fire it was a lot to manage--it's something that worked well on console, but having the full motion of VR while operating multiple things at once was a little too disorienting.

To my surprise, however, parts I dreaded returning to from the original, specifically the game's final action-focused act, were actually improved thanks to VR. Traditionally, considering RE4's original rigid movement and lack of cover system, fighting off the game's final military armed foes was usually a slow slog to run around a corner, only to get a shot in before scurrying away. Pacing in the original game became disjointed and out of character in these moments. But in VR, the action is amplified thanks to being able to physically duck around corners, take cover, shoot through openings in the wall, or toss grenades out. It felt amazing and made getting into a shootout with crossbow-wielding, gattling gun-shooting, axe-throwing goons a total blast.

This exhilarating implementation of combat makes the lack of Mercenaries Mode all the more apparent. Playing RE4's action segments through VR lenses left me wanting to see how its action-horror can translate in the arcade-style experience of Mercenaries, so its absence is a minor letdown. So instead, the moment the credits rolled, I began my second playthrough on New Game+, with plans to run through an additional, harder, Professional difficulty mode.

There's no game I've completed more times in my life than Resident Evil 4, and experiencing it via a different format is an astonishing experience. Bringing the 16-year-old classic to VR doesn't just reaffirm why it's a classic to begin with, but also gives it a place among the best VR games on offer. And it's evident that building the game from the ground up was a labor of love.

RE4VR is an essential game to have in your Oculus Quest 2 library, right alongside Beat Saber and Superhot. It is a welcoming version to newcomers that are VR-capable, and, most excitingly, not only will new players get to experience RE4 in a new way that doesn't compromise the original's greatness (and even its quirks), but a new generation of players will get to hear Leon S. Kennedy's campy one-liners. And that's a prospect I'm very excited about.

View Comments (74)
Back To Top
9
Superb
About GameSpot Reviews

Kurt has played Resident Evil 4 more times than Leon Kennedy has had a good day, but this is the first time he's had to physically dodge farming equipment. Review code was provided by the publisher. 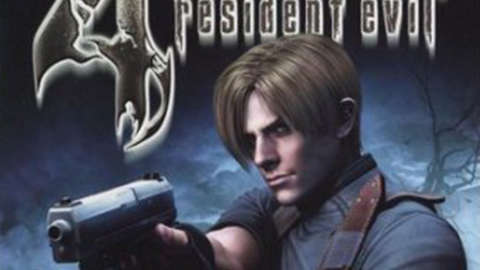