Unlike other series that offer incremental "improvements," the RE lineup continues to refine an already excellent premise.

While Alone in the Dark may have been the forefather of the survival horror genre, Capcom's Resident Evil series perfected it, with each installment improving on its predecessor with finesse and style. Now Capcom's bread 'n' butter flagship series (no, not Street Fighter, silly) is back in the form of Resident Evil 3 Nemesis.

It seems Jill Valentine just managed to get cleaned up from her adventures in the original RE. When she returns to Raccoon City, it seems as though the entire Umbrella incident has been swept under the rug. Disenchanted, she quits the STARS force, hoping to catch up with Chris Redfield, who's already backpacking through Europe en route to investigating Umbrella's European headquarters. But before Jill can get out of Dodge, the zombies come back in force, putting an abrupt halt to her plans.

Taking place the day/night before the events that transpire in RE2, Nemesis, ironically, is the most sophisticated of all the RE games, both graphically and in terms of gameplay. While it stays true to the format, keeping the prerendered backgrounds of the previous games, RE3 is the most accomplished of the three. If you thought the graphics in RE2 were pretty sharp, Nemesis' are of even greater detail, with a higher resolution and get this - the loading times are faster. Jill Valentine is also easy on the eyes, looking light years ahead of the comparatively blocky models in the original game. Smooth light sourcing and practically flawless character models give the game an extremely sharp look.

In terms of gameplay, the controls remain largely the same. While it would be interesting to see how the Biohazard series would function with more of a 3D-platform game-control scheme, anyone comfortable with the RE setup will find RE3's even better. For starters, Capcom has implemented an auto-aiming function that doesn't detract whatsoever from the challenge in the game. What this does is keep you from wasting your ammo trying to line up shots from difficult angles. There is also a defensive sidestep that lets you dodge when an enemy attacks you, something Nemesis (he has a rocket launcher, the rat!) does with vigor. Thankfully, during your travels, you'll find that the game's puzzles are a lot more reasonable, with none of that "ooh, I'm dying, please go all the way across the mansion and solve tricky puzzles to get me the antidote, only to return and find that I'm dead anyway" stuff.

Another new feature initiated in RE3 is the ammo system. Throughout the game you will come across all types of gunpowder, which you will use to create a variety of ammunition for the various weapons you collect. Which powders you mix together will determine what sort of ammo you come up with (explosive, acid, etc.). And you'll want to collect as much of it that you can because you will definitely need it by the end of the game. Nemesis does not go down easily. There is also a new pick-your-path feature that lets you opt for one of two choices during key points of the game. Which action you choose will dictate how the game continues. You can play through this game a number of times and not see the same things twice - which is great, but this leads us to the "downside" of the game.

If you were spoiled by the two-character system in the first game, and super-spoiled by the two-character, two-disc, four-scenario system of the second game, then you'll be disappointed when you find that there is only one character and one disc to play in RE3. While this really isn't all that big of a deal by comparison, the game is over a lot sooner than the previous two games. In fact, aside from a brief jaunt as Carlos Oliveira (an Umbrella mercenary), you pretty much make your way through the game as Jill and only Jill. Fortunately, there is a not-so-mini minigame that opens up after you beat the game that lets you win points and buy weapons with unlimited ammo, which you can use to play through the main game a second time.

While it may seem as if Resident Evil fans are getting shortchanged on this one, it really isn't the case. Judged on its own merits, Resident Evil 3 is a truly outstanding game. Unlike other series (Street Fighter, Tomb Raider) that offer incremental "improvements," the RE lineup continues to refine an already excellent premise. This is a series with legs, and each new chapter does nothing to diminish it. 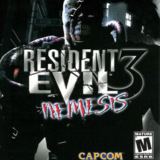 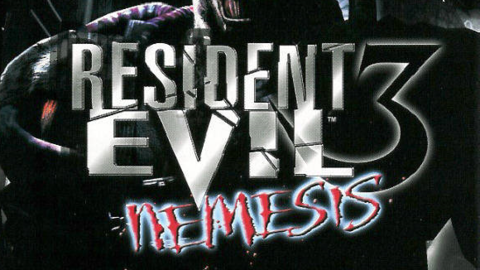 Fans of previous Resident Evil games will like it, but those who have yet to enter the world of survival-horror would do better to start with Resident Evil 2.