Those who have stuck with the Resident Evil series despite its dogged insistence on not changing its ways will find that Resident Evil 0 still has a lot to offer.

Dramatic camera angles, grotesque zombie dogs, menacing mutants, and horrifying controls--for better or worse, all the things that Capcom's Resident Evil series is known for are present in Resident Evil 0. Set just before events that took place in the original game, Resident Evil 0 features highly detailed characters and environments similar to those seen in this year's Resident Evil for the GameCube, along with a soundtrack that will keep you in constant fear of whatever might be lurking around the next corner. It also features some new gameplay elements, such as a new character-switching system that lets you shift control between the game's two main characters on the fly, as well as an option to drop off items anywhere in the environment instead of waiting until you find a storage chest. But these additions don't drastically alter the traditional Resident Evil gameplay as much as you might think they would, and by the time you delve deeper into the origins of the mysterious Umbrella corporation, you'll get the distinct feeling that you've done this all before--perhaps many times.

Indeed, Resident Evil 0 even starts off much like the original game in the series, as the S.T.A.R.S. Bravo team is sent in to investigate reports of nasty creatures devouring the residents of Raccoon City. Their chopper goes down en route, and the team starts wandering the forest they've crashed in. Eventually, one of its members, Rebecca Chambers, stumbles upon a military police jeep and a file that leads her to believe that the soldiers who were driving the jeep were escorting a prisoner to his execution. Instead of wandering into a mansion, Rebecca stumbles upon a train whose passengers have been killed by a gang of super leeches that were being controlled by a mysterious man with long blond hair. Within minutes, Rebecca meets up with the convict Billy Coen, and despite Rebecca's reservations, the two decide to team up and take on the hordes of evil creatures together. As Resident Evil 0's story unfolds, you'll learn more about Billy Coen (including the reason for his slated execution) and the origins of the Umbrella Corporation and its horrible T-virus, which creates man-eating zombies, giant insects, and assortment of other evil things. The story is told using cutscenes (both prerendered and real time) and the various documents that you find lying about, most of which read just like every other document in a Resident Evil game.

Playing as different characters isn't something new to the Resident Evil series, but Resident Evil 0 marks the first time that you can play as two characters throughout the majority of the game. Before starting the game, you'll learn that Billy and Rebecca have different skills and abilities that come into play. Billy is the stronger of the two and as such can absorb much more damage than Rebecca. He can also push heavier objects, like bookshelves and crates. Rebecca's only unique skill is her ability to mix various chemicals. Both can carry any weapons or items that you find scattered about. Ultimately, this disparity more or less results in Rebecca becoming a pack mule of sorts, relegated to carrying extra items for Billy and contributing some support fire in combat. Later in the game, though, you'll have no choice but to use the weaker of the two in some tough situations.

When the two characters are close to each other, there are a number of different types of behaviors you can choose from for the character you aren't controlling directly. You can set whether the computer-controlled character will stay where he or she is of follow you and whether he or she will shoot or stand still when confronted by an enemy. You can swap items between the two. Generally, these specifications are set in the inventory screen, but you can also use quick shortcuts to tell the other character to follow you or to switch control to that character. It's also worth noting that the AI-controlled character can still be moved manually at all times using the C stick on the GameCube controller, but you don't have the ability to manually make that character fire a weapon or open doors. For the most part, the team mechanic works quite well. You'll save ammunition and health and generally have an easier time wasting zombies by working in tandem with the computer-controlled character, so keeping them together at all times (except when they're forced to separate) is usually a good idea. However, when fighting enemies in tight spaces, the computer tends to have trouble in determining when to attack, and you'll often find yourself moving in closer to an enemy so you can spur your partner into action.

The team system extends beyond killing the finest in genetically mutated freaks, as it comes into play during the puzzle-solving sequences. Unfortunately, this aspect of the game doesn't quite live up to its potential. Most of the team-oriented puzzles in Resident Evil 0 simply require either Billy or Rebecca to find an item in a portion of an area they've been trapped in and then send it through a dumbwaiter or elevator so that they can eventually regroup. Some simply require one character to act as a statue of sorts, keeping a door open so the other can run in and grab an item. Other situations put the second character in a strategic location so you don't have to run back and forth to flip switches or turn knobs while attempting to solve the puzzle. In the end, the mechanic doesn't really feel very innovative or interesting, and the fact that some of the puzzles are simply slight variations on those seen in previous games in the series doesn't help matters.

Poor control is another aspect of the gameplay that Resident Evil 0 has inherited from its predecessors. Instead of using Devil May Cry-style analog controls, Capcom again decided to stick with the less accommodating "classic" control scheme, in which the characters rotate slowly to change direction and walk backward instead of turning around when you press back on the analog stick. When fighting zombies, these controls aren't much of a hassle, because zombies can't really walk fast enough to put you in a tough predicament. But when you encounter some of Resident Evil 0's more agile enemies, which includes crazed monkeys and super fast zombies made up entirely of T-virus leeches, the controls become a major source of frustration, as you'll frequently get trapped while trying to move out of the way of such creatures. There's a 180-degree turnaround move in the game that automatically makes your character face the opposite direction, and it can be helpful at times, but it's still too slow. The control scheme will of course be familiar to Resident Evil fans, but why Capcom doesn't at least include an option for a more modern analog control scheme is anyone's guess.

To Capcom's credit, the development team tried to change the item system around by letting you drop items anywhere in the game, instead of forcing you to find one of the large chests located in the save rooms. Unfortunately, this idea doesn't really work as well as it could have, because it's easiest just to drop all your items off in a save area anyway. Though, this time around, you have to return to that particular save area to pick up additional ammunition or health or a special item you might've left behind. If you end up dropping items anywhere but in one of the save rooms, you can easily find them again by looking at the map and scrolling through the item section at the bottom of the screen.

As far as graphics are concerned, Resident Evil 0 looks fantastic, thanks to the same technology used in the GameCube Resident Evil remake. This technology enables the development team to incorporate smooth full-motion video animation into the prerendered backgrounds, an effect that's especially striking on the train. You'll see bottles rolling around as they move with the motion of the train, a subtle ripple effect in a puddle of water inside a pan, and the arm of corpse swinging from side to side over the back of a chair, among other things. The lighting in this area is also excellent, as brief flashes of light come streaming in through windows every few seconds. The other areas in the game also have an astonishing level of detail. They're a little more static than the train area and don't quite exhibit the game's visual technology to the same degree, but Capcom has done a much better job of blending the highly detailed polygonal characters in with the prerendered environments.

The sound in Resident Evil 0 is generally excellent. The music switches between a faint echo that supplements the ambient noise to a roaring orchestra that indicates the presence of one of the dreaded leech zombies. Indeed, the music helps create the eerie atmosphere in the game, but the sound effects make it even better, as you'll hear zombies dragging their feet and moaning, as well as other sorts of creatures scurrying around when they're in the same room as you.

All the things that have made Resident Evil a nuisance to some (like ink ribbons used for saving your progress, awkward controls, and limited inventories) didn't go away with the introduction of Resident Evil 0, so that particular crowd won't wish to hop aboard the bandwagon with this installment. But those who have stuck with the Resident Evil series despite its dogged insistence on not changing its ways will find that Resident Evil 0 still has a lot to offer in the form of some terrific graphics, a couple of small changes to the series' gameplay, and a story that unveils the origins behind the Umbrella corporation. 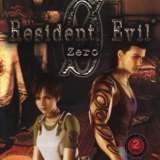 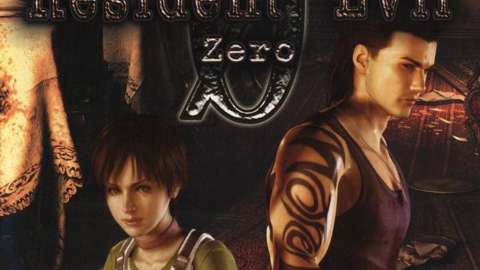 Those who have stuck with the Resident Evil series despite its dogged insistence on not changing its ways will find that Resident Evil 0 still has a lot to offer.