Quentin Tarantino made a name for himself back in the early 1990s with the release of Reservoir Dogs, but the recently released Reservoir Dogs: Bloody Days doesn't come close to reaching the same heights. It amounts to nothing more than a predictable twin-stick shooter that fails to live up to its own potential, let alone the film's, in any appreciable way.

There's no narrative to Bloody Days--no character development to create emotional resonance. The game at large isn't concerned with variety, either, sticking to the same rigid format from start to finish. You take control of reimagined versions of the film's six leads--Mr. Blonde, Mr. Blue, Mr. Brown, Mr. Pink, Mr. Orange, and Mr. White--and head out on 18 heists. Each mission starts the same: There's some banter between the two primary characters (you have the option of selecting a third), they walk to a marked position, guns are pulled, and bullets fly as you attempt to shoot your way to a bounty of cash. Aside from differing locations, such as a bank, laundromat, or warehouse, all 18 levels follow this very strict, predictable formula. It doesn't take long for Bloody Days to fall into repetition, which is made worse when you're forced to replay sections of levels and rewatch unskippable cutscenes.

Just like the film, death will eventually come to the colorful criminals, but Bloody Days makes it too often of an occurrence in part due to frustrating controls. While keyboard-and-mouse controls offer greater accuracy than a controller, latency between keystrokes and character actions can cause baffling, unexpected deaths. The gamepad fares far worse: The button layout is awkward, with the shoot and sprint actions placed on the bumpers instead of the shoulders, which will trip you up on more than one occasion. While each method of play allows you to choose between preset control schemes, they don't save, meaning that if you select option B instead of option A and exit back to the game, you default back to option A. This illusion of choice is frustrating, especially considering the other gamepad layouts are more accessible than the default.

Bloody Days does offer an initially compelling mechanic: At the press of a button, you can rewind time and switch to one of your two partners in crime. The actions you performed before switching will occur in real time as you head back into battle, allowing you to set up thrilling shootouts and increase your combo count to earn more points at the end of the heist. While this is exhilarating at first, especially when you're blasting through waves of enemies with twice the firepower, there are times when enemies you encountered as the first character inexplicably change their path, essentially nullifying any amount of strategy you put into setting up your initial run.

Lamentably, enemy AI is shallow: It's all too easy to corner foes and either fill them with lead or bash their heads in with a melee weapon. Exploiting the enemy's predictability like this also overshadows the time-rewind mechanic, which ultimately proves to be more of a risky tool than a necessity. While it's necessary for the two primary characters you take into battle to reach a mission's end point, you can rely on just a single character to handle the dirty work. The one exception is when the game puts enemies offscreen who nonetheless send bullets flying your way. This creates a challenge, but it also elicits frustration, since you're left floundering to avoid getting hit while returning fire to targets you can't actually see.

Bloody Days' aesthetic is enticing, with bright colors and generous amounts of blood--an otherwise gruesome picture that works to emphasize the comedic carnage on display. It's a shame, then, that the game's performance will kill you more often than the bullets will. During the later levels, Bloody Days chugs along and, in most situations, freezes for a few moments. This inconsistency will get you killed, get one of your partners killed, or occasionally allow you to kill every enemy in your way.

Aside from the Reservoir Dogs name in the title and the colorfully named characters, Bloody Days shares almost nothing in common with its namesake. With its rewind mechanic, you can see the potential for an exhilarating top-down, twin-stick shooter, but this never comes to pass. The game is easily exploitable and produces frustration far too often to become even the slightest bit interesting. Reservoir Dogs: Bloody Days devolves to a banal experience that's all bark and no bite. 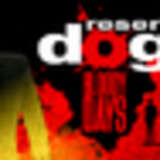 Jeremy Winslow robbed hundreds of banks and shot countless cops to acquire as much money as possible for nearly eight hours in Bloody Days. GameSpot was provided with a complimentary code for the purpose of this review. 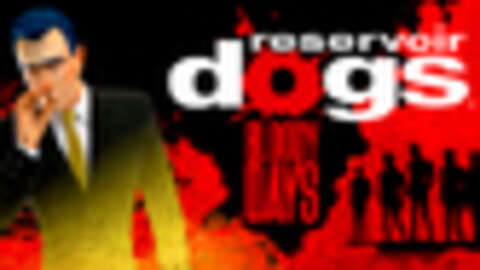 Reservoir Dogs: Bloody Days is a top-down tactical-action strategy game based on the 1992 film.