If you're familiar with the Red Faction series, then you know Mars as a dangerous place where the regimes are oppressive and the building codes are lax. In Red Faction: Armageddon, alien infestation replaces armed uprising as the series takes on a new tone. This third-person shooter may tell an unremarkable tale and lack the freedom of its open-world predecessor, Red Faction: Guerrilla, but Armageddon serves up a fresh new batch of creative mayhem with extensive destructibility and a devastating array of weapons and powers. Blasting your way through hordes of aliens and wreaking merry havoc on the overrun human infrastructure is an entertaining endeavor, but it's the ingenious and versatile magnet gun that takes the thrills of destruction to new heights. Whether you're soldiering solo in the single-player campaign or staving off an enemy onslaught with friends online, Red Faction: Armageddon provides a lot of great ways to indulge your destructive desires.

The events of Red Faction: Armageddon take place two generations after those of Red Faction: Guerrilla, so while fans can spot connections between the two games, they are little more than historical references. The most pertinent fact is that you play as Darius Mason, grandson of Guerrilla's protagonist, Alec Mason, and like his ancestor, Darius is a man of action, not words. After a brief prologue, he gets caught up in a deadly alien outbreak that threatens every human on Mars, and his quest to save the day drives the rest of the campaign. The cutscenes that chronicle the alien outbreak may look nice, but they tell an uninspired story full of action-movie cliches. The profanity-laden dialogue might make you smirk from time to time, but don't expect to get much out of the boilerplate plot.

Instead, expect to get caught up in the thrill of destruction. Right out of the gate you get a taste of the power at your fingertips with a plasma cannon that blows a three-story hole in a building and topples a guard tower in a single blast. The familiar sledgehammer from Red Faction: Guerrilla returns, but the combination of your powerful melee attack and expansive arsenal makes it likely that this implement will take a backseat to more potent weaponry. A charge launcher that lets you fire and then remote-detonate explosives, a laser that dissolves walls and enemies with equal vigor, and a gun that shoots miniature black holes are just some of the enticing weapons you pick up along the way. Almost every man-made structure in Red Faction: Armageddon can be destroyed, and it's very satisfying to take out a sniper by detonating the walkway under his feet, or to splatter a group of advancing aliens with a few well-placed charges.

The robust weapons make you feel like a powerful warrior, and Darius' mobility lets you move confidently and quickly around the battlefield. The sense that you are a force to be reckoned with is further augmented by your suite of nano forge abilities. Powered by a gadget on your wrist, these unlockable, upgradable abilities operate on a cooldown timer and can significantly boost your destructive potential. The forceful push can topple walls and send enemies careening off into the distance, while the protective shell can block enemy projectiles and slowly kill any foes unlucky enough to be caught inside it. Shockwave launches any nearby enemies in a floating stasis field where you can blast them like clay pigeons, and berserk supercharges your weapons for a short period of time. These abilities are fun to wield in concert with your weaponry, including the seemingly out-of-place reconstruction ability. The idea of actually building something in a Red Faction game may seem strange, but being able to magically reconstruct any structure that has been destroyed is immensely helpful. Repairing the building you currently occupy can offer crucial protection from enemy projectiles, and being able to reconstruct walkways and bridges means you don't have to think twice about blowing them up in combat.

Being able to destroy things with impunity is important, because Red Faction: Armageddon is a linear game that takes place mostly underground. While the cave systems and human structures are varied, there is a finite number of things to destroy in any given area, and you may find yourself itching for more opportunities to wreak havoc. Fortunately, there is the magnet gun. This little beauty fires two sticky magnets: one anchor and one attractor. As soon as the second shot lands, the magnetic pull kicks in, and things collide in dynamic and deadly ways. You can tag an enemy and then send him flying up towards ceiling, rocketing into the floor, or even on a collision course with another enemy. If you tag a building and then an enemy, you'll watch with eager anticipation as a wall of debris descends upon your unsuspecting foe like a flock of murderous birds. These are just some of the myriad ways that this simple gun turns fighting aliens into a creative exercise. Unlimited ammo means you can always put it to use, and the area-of-effect magnetic pull means your plan may take an unexpected destructive turn. Momentum also factors in, so attracting a far-off enemy to the floor makes him splatter, while doing the same to a nearby enemy might just make him fall over, ripe for a pummeling. Wielding the magnet gun turns what could be another predictable enemy encounter into a physics-fueled playground, and bringing a pillar down on an unsuspecting enemy's head will make you cackle with glee even if you've done it a dozen times before.

The campaign offers about eight hours' worth of opportunities for destructive experimentation, with a few vehicle sequences thrown in that offer a nice change of pace. You can collect salvage to upgrade your skills throughout, and completing the campaign unlocks a ludicrous new weapon and the ability to replay the whole thing without sacrificing your upgrades. There are some decent cheats to unlock, and two other modes offer good opportunities for continued mayhem. Infestation is a four-player online cooperative mode in which you try to survive against waves of alien attackers. Depending on your settings and your companions, Infestation can be a reasonably challenging romp or a brutal test of skill. Ruin mode provides a few arenas for unfettered single-player destruction. You can strive to earn a spot on the online leaderboards or simply cut loose in free play, but be advised that those who buy a used copy of Red Faction: Armageddon will have to purchase an unlock code for Ruin mode in order to get more than a short demo.

Red Faction: Armageddon returns to the linear roots of the series with great success. Thanks to an enjoyably powerful arsenal and remarkably thorough destructibility, tearing your way through this alien-annihilating adventure is a blast. The campaign and Infestation mode offer a good amount of content, and the arrival of the magnet gun should be celebrated by anyone with a hankering for havoc. It's one of the most powerful, inspiring, and downright hilarious gameplay mechanics to come along in a while, and it makes Red Faction: Armageddon immensely appealing. 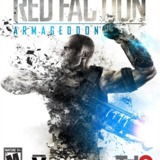 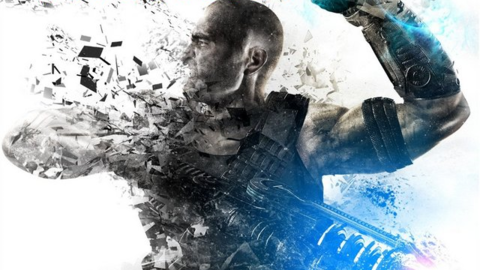 Half a century after the resistance freed Mars, the red planet again becomes a battleground in Red: Faction Armageddon.