This zombie-themed add-on for Red Dead Redemption is the excuse you've been waiting for to don John Marston's boots again.

After years of seeing zombies in games and movies, you, or at least someone you know, would probably have some thoughts on what to do if the undead were to attack tomorrow. That wasn't the case 100 years ago, though, so when the dead start coming back to life in Red Dead Redemption's world, nobody has a clue what's going on or how to deal with it. Reprising the role of protagonist John Marston, you become embroiled in the battle against the undead when the brain munching hits a little too close to home. And as Undead Nightmare's story unfolds, it becomes clear that similar events are playing out across the entire map from the original game. This horror-themed and often humorous add-on isn't the tour de force that Red Dead Redemption was, but it's great fun and a welcome excuse to return to memorable locations like Blackwater, Armadillo, and Chuparosa.

With that said, Red Dead Redemption's world feels very different in Undead Nightmare. A large percentage of the population is either dead or undead, the wildlife is different, and every town on the map has been overrun by victims of what the survivors believe to be some new kind of plague--caused possibly by immigrants, the government, or both. You need to liberate towns before you can accept missions or even sleep and save your progress in them, and although you can't head south of the border initially, you're free to tackle towns that you can reach at any time and in any order. Reclaiming towns for the living also affords you the ability to fast-travel between them, which you are likely to take advantage of on occasion, even if you enjoy lengthy rides through the wilderness.

When you enter a settlement that's under siege, your goal is to completely eradicate the undead presence. Survivors do a good job of assisting you if you share some of your ammo with them, but you should know that--at least early on--bullets are something of a commodity in Undead Nightmare because none of the stores that sell them are open for business. Regardless of what you choose to do with your precious projectiles, the clearing of every town unfortunately plays out in much the same way. You arrive in town, decide whether or not you're going to give bullets to the locals, and then do your best to kill rather than satisfy your enemies' hunger for brain meat. The problem is that while decapitations of the decaying are entertaining for a time, combat in Undead Nightmare isn't as much fun as it was in Red Dead Redemption. There are some sweet new weapons to play with, including a powerful blunderbuss that uses zombie parts for ammunition, but you're unlikely to ever need them.

Undead enemies don't pose as much of a challenge as their cowboy counterparts. The living-impaired don't use guns, don't use cover, and don't ride horses. For the most part, they just head straight for you, and they're only dangerous when they attack in numbers. Some sorely needed challenge and variety comes courtesy of three special zombie types, but even these faster, stronger, and retching reanimated are no match for the tactics that you're likely to employ once you get a feel for how your encounters with them play out. The easiest way to kill a zombie is with a headshot, and the easiest way to get a headshot is to forgo aiming from a distance and just squeeze the trigger after moving into melee range. It doesn't matter which zombie you're up against or which gun from Undead Nightmare's sizeable arsenal you have equipped because the result is the same. Alternatively, you can kill zombies with fire, putting the new torch weapon to good use. Waving the torch around and watching your enemies burn as they continue to pursue you is initially a lot of fun, but even this gets old after an hour or so. You're free to engage in traditional gunplay if you choose, of course, but it's unfortunate that Undead Nightmare never encourages you to do so, and it's disappointing that anytime you take position on a rooftop, you get to pick off the undead with ease because, like fish in a barrel, they can't climb ladders.

Thankfully, a number of the story missions require you to do things other than just kill the undead, and there are also plenty of optional challenges to undertake. There are missing persons to locate and return to their loved ones in missions that play out a lot like the original game's bounties. There are also new skill challenges and outfits to complete, as well as mythological creatures to track down and tame. Specifically, it's possible to break the four horses of the apocalypse; Pestilence, War, Famine, and Death. All four of these nags look great, and each offers a different gameplay advantage. War sets nearby enemies on fire while Pestilence is resistant enough to pain that even attacks from undead cougars are no cause for concern, for example. Famine's perk is unlimited stamina, but given that their stamina gauges never move, the other three mythological mounts appear to have that as well.

Depending on how much of the optional content you choose to complete and how much you use the fast-travel option, Undead Nightmare's story might take you anywhere from five to a dozen or more hours to complete. The add-on ends every bit as well as Red Dead Redemption did, and if you haven't beaten the original game yet, you'd do well to do so before playing this add-on. That way, you can fully appreciate not only the superb ending but also the appearance of numerous returning characters whose predicaments are made even more amusing by your knowledge of them from previous encounters. Seth the grave robber, for example, is still messing with the deceased and now attempting to befriend them.

In addition to its sizable single-player offering, Undead Nightmare introduces a new multiplayer mode titled Undead Overrun. Up to four of you team up and then, after deciding on which of the four weapon loadouts you each want to play with, you're dropped into a spooky environment and must survive for as long as possible against increasingly tough waves of undead. In a neat twist on the formula, the in-game clock counts down rather than up and can be replenished only by opening coffins that appear on the map between waves. This not only forces you to move around rather than fortify yourself inside a structure, but also encourages you to take risks so that you can clear the waves as quickly as possible. Cooperation is a must, and if you stray too far from your teammates, they're less likely to come and revive you successfully should you find yourself incapacitated.

While it clearly retains many of Red Dead Redemption's best qualities as far as presentation is concerned, Undead Nightmare isn't a more-of-the-same add-on. The combat isn't as good, the story isn't as compelling, and the missions aren't as varied. On the flipside, the humor is more plentiful, the arsenal is more imaginative, the soundtrack is suitably spooky, and the rare mounts are now well worth the fairly minimal effort that it takes to track them down. There's a whole lot of fun to be had here for just 10 dollars, which makes Undead Nightmare a great reason to return to the world of Red Dead Redemption. 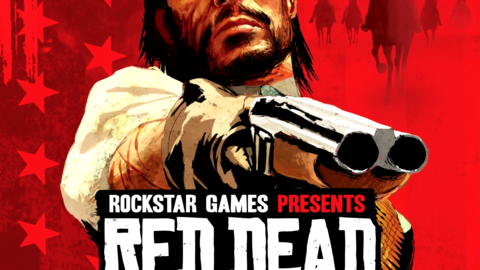 Red Dead Redemption is a third-person open-world adventure featuring reformed outlaw John Marston who is on a quest to save his family.