Rebel Trucker is a huge mess of a game that is riddled with grievous bugs, badly designed in every measurable capacity, and completely lacking in any conceivable dimension of fun.

The moment you open the box to Rebel Trucker: Cajun Blood Money and discover that the game actually displays two different ESRB ratings (M on the box, E on the instruction manual), you should take a moment to savor whatever slight amusement can be derived from this bizarre oversight, because this moment of levity will likely be the last one Rebel Trucker provides. In fact, this printer's gaffe is only the very beginning of a lengthy downward spiral that takes Rebel Trucker into depths that rival any of the worst games currently available on today's gaming market. Rebel Trucker is a huge mess of a game that is riddled with grievous bugs, badly designed in every measurable capacity, and completely lacking in any conceivable dimension of fun. How exactly Rebel Trucker made it onto store shelves in its obviously unfinished state is a mystery, but whatever the case, it is easily one of the worst games released this year, on any platform.

In Rebel Trucker, you play as Keri Thibodeaux, a sad-sack, mullet-sporting Southerner looking for some direction in life. Upon seeing an ad on TV advertising the glamorous life of a trucker, Keri is off to start his trucking career, and along the way, he gets tangled up with a group of Italian mobsters who run the majority of New Orleans' smuggling operations, a pair of FBI agents bent on bringing down the mob, and a pigtailed, tightly shirted Southern belle by the name of Maria Sue. The game's story actually comes into play in only one of the three basic modes of gameplay that follow the game's brief, and useless, training level. The three modes are broken up into job offers from different companies: Vieux Carre Routes, which consists of a series of short-distance delivery jobs; AAA Long Hauls, where you'll have to travel lengthy distances delivering cargo, while also maintaining logs of your rest stops, gas-ups, and weigh-ins in order to stay compliant with state trucking regulations; and Stromboli Import Export Trucking, which is the story mode.

The Stromboli missions are definitely the most involved aspect of Rebel Trucker, but to be quite frank, they're absolutely awful. Clearly inspired somewhat by the Grand Theft Auto series, the game's story missions involve delivering bribes to police officers, hauling contraband, and killing just about anyone who gets in your way. The story is told through lame CG cutscenes that are painful to watch, both because of how horribly they're rendered and because of their insipid, hackneyed dialogue. The long-haul missions seem to be geared more toward fans of simulation trucking games, but these missions are so underdeveloped and thrown together that anyone hoping for something even remotely simlike will likely just be insulted by what the game has to offer. As for the short delivery missions, they're even more tacked on, and they don't offer anything more than a scant distraction.

Rebel Trucker's gameplay is a perplexing mixture of horrible driving physics and irritating controls. When you're driving your truck, acceleration actually feels appropriately sluggish, especially when you're towing a trailer, but once your truck manages to build up some speed, realism goes flying out the window. At any speed exceeding 40mph, your truck begins to handle as though it were made out of cardboard. Slight turns result in extremely quick, sharp angles that seem like they should cause your truck to jackknife or slide out of control, but instead, you can basically swerve all over the place and never even risk losing your trailer. Additionally, crashing your truck is an absolutely ludicrous event. Except for a few sections of the environment that are destructible, running into any object in the game results in a sudden stop, no matter how fast you're going or how small or big the object is. Running into a stop sign at 80 miles an hour, in a big rig, and having the stop sign easily stop you in your tracks is at once hilarious and incredibly disappointing.

Rebel Trucker controls terribly, regardless of whether you're using a keyboard or a controller. Keyboard controls are loose and are generally unwieldy when you're attempting to steer your truck, and because of a bug in the game's controller setup, using a controller is just as bad. When you attempt to assign the accelerator to an actual controller button--instead of using the default control of pressing forward on the analog stick or directional pad--the game actually assigns another brake button to the designated accelerator, effectively eliminating any possibility of moving forward until you restart the game and reset the controls. Also, when you use any peripheral controller or driving wheel, you still have to use a keyboard for other functions, like radio control or hitching and unhitching trailers, as only the most basic driving functions can even be assigned away from the keyboard.

The aforementioned controller bug is only the tip of the iceberg for what is, in essence, one of the buggiest and most unfinished products released to retail stores this year. When you're playing Rebel Trucker, it's next to impossible to go more than a few minutes without running into one bizarre issue or another. For example, when you start a new mission, sometimes your truck just won't move until you throw it into reverse for a few feet and then hit the accelerator. Then there's the game's arrow pointer, which is supposed to tell you where to go for your next stop, but instead, it frequently bugs out in multiple directions, leaving your next destination up to little more than guesswork. Another big issue is the game's complete inability to properly track your gas, funds, or any other statistical information for more than a single mission. Sometimes when you finish a mission you'll end up with more gas than you started with, and sometimes you'll suddenly have less money. It's almost completely random what you end up with from mission to mission.

Of course, these are only the issues you'll experience if you can actually get the game to work properly, which is really no small task. We tested Rebel Trucker on a very new Alienware machine with a Radeon 9800 video card and the latest DirectX drivers. Considering that the game's intro movie features an ad for Alienware machines, stating that the game "plays best on Alienware," the game should work fine, right? Wrong. In seemingly every other mission, the game would either completely quit to the desktop after a crash in a certain spot in a level, or it would actually lock up to the point of requiring the Windows task manager to escape it. And then there are the loading times--in between every single mission, it takes Rebel Trucker between one and three minutes to load up, on average, on a high-end PC. Additionally, while the game is loading, the mouse icon and all computer functions actually lock up for the bulk of that time. In hindsight, this isn't even as bad as the problems we had on a midrange PC with an older-model GeForce card, where the game would actually shut off our monitor upon startup and refuse to display anything until we Ctrl-Alt-Deleted out of the game. Ultimately, these bugs can bring Rebel Trucker to the brink of unplayability.

If Rebel Trucker had been released seven or eight years ago, it might have looked OK when compared with some of the better offerings back then. In this day and age, the game looks terrible. Flat, cardboardlike textures, ugly environmental designs, mediocre-looking truck and car models, lame destruction effects, frequent glitches and pop-up problems, horrible-looking CG cutscenes, even more astoundingly awful-looking in-engine cutscenes, and an overall draw distance of about a foot and a half all come together to provide one of the worst-looking PC games in years. As for the game's sound design, it has a leg up on the rest of the game in that it isn't completely broken--though that's about all there is good to say about it. Rebel Trucker's voice work borders on downright lunacy, featuring some of the most insanely generic mobster and cop dialogue ever conceived and equally horrid actors playing up the parts to the point of practical self-parody. As for the game's soundtrack, it's made up of badly recorded Dixieland jazz, generic nu-metal, and an incessant version of "The Saints Go Marching In" that plays over the game's menu screens ad nauseam.

To sum it all up, Rebel Trucker is an unmitigated disaster of a game, essentially playing out like a quality-assurance tester's worst nightmare. And even if the game weren't as ridiculously broken as it is, the core of it is still a weak, halfhearted attempt to bring together simulation and arcade-style trucking games that just ends up being too haphazard and too weird to appease fans of either style. Though it probably doesn't even need to be said at this point, let us caution you once more by making it abundantly clear: Rebel Trucker is a game that should, or rather must, be avoided.

View Comments (0)
Back To Top
1.8
Abysmal
About GameSpot Reviews 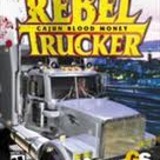 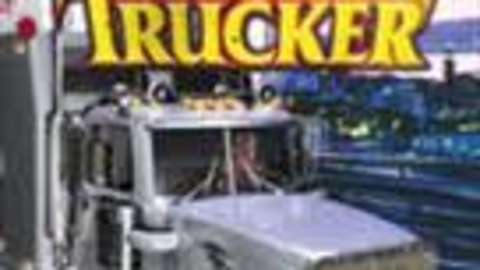 Rebel Trucker is a huge mess of a game that is riddled with grievous bugs, badly designed in every measurable capacity, and completely lacking in any conceivable dimension of fun.